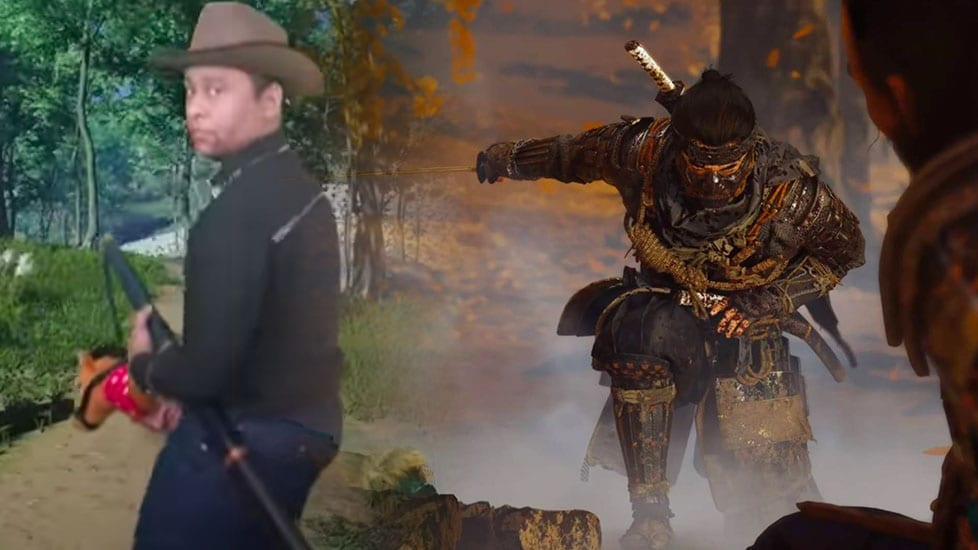 YouTuber Super Louis 64 – Controller Bender is known for the weird and wonderful ways they play through the latest big games, and it was only a matter of time before they set their sights on Ghost of Tsushima.

As spotted by GamesRadar, one of the YouTube gamer’s recent endeavours saw them attempt to play the PS4 release with a modded PS2 katana controller, adding in an extra level of immersion to the samurai adventure.

The katana controller is actually an Onimusha 3 sword controller, putting it at around 16 years old. Unsurprisingly, the unwieldy controller definitely wasn’t in the best shape, leading to some issues with combat thanks to its sticky buttons.

Despite its issues, the katana actually held up pretty well, and if you’re playing a game set in feudal Japan, why WOULDN’T you want to be swinging a katana while you’re doing it? For me personally, this is the only acceptable way to play this game now, so best start scouring eBay and get to working on your own mod!

Check out Super Louis 64 swinging through Ghost of Tsushima (and also riding a toy horse) in the video below, or check out the channel here.

The impressive technical leap (geddit?) is achieved with a Kinect mod, which also marks the player movements to control the direction Mario is facing, as well as his fists. A Joy-Con controller is used simultaneously to propel the character forward.

You might remember them completing Dark Souls using only a Ring Fit, or the time they beat Dark Souls 3 using a Guitar Hero controller. If you haven’t, check out the channel in all its glory on YouTube!