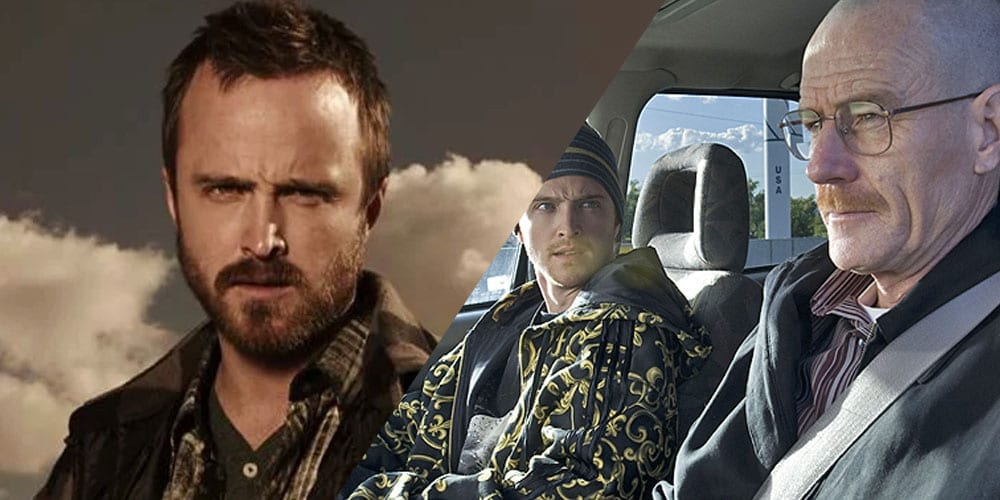 Netflix is getting ready to ‘break bad’ once more as Vince Gilligan’s critically acclaimed Breaking Bad gets the movie treatment. Joining the likes of The Simpsons, Veronica Mars, and The X-Files, Breaking Bad is finding a new lease of life with a feature-length outing and frankly, I can’t wait.

Spanning from 2008-2013, Breaking Bad absolutely blew us away over the five seasons that it ran for. Fans were devastated to see the long running series end – especially in the way that it did. Now, lead star, Aaron Paul has revealed which ONE scene from the main series you need to rewatch before sitting down for the film – El Camino: A Breaking Bad Movie.

When info on El Camino leaked via Reddit, Paul took to Twitter and told his fans, “Cat’s out of the bag…and the bag is in the river.” He then told followers to rewatch the “I have never been more alone” scene from Season 3. This is still a little cryptic but I am sure that all will be revealed in due time…

The showdown from “One Minute” has a beaten up Jesse Pinkman recovering from his horrific injuries after Hank Schrader attacked him. Walt offers to make Jesse partner, but Jesse declines Walt’s proposal and says his life has turned to sh*t since he met “the great Heisenberg”.

The film is dropping on Netflix October 11, and brings back Paul as Jesse Pinkman, following the character after his dramatic escape from captivity at a Nazi compound. His escape is only possible thanks to “the great Heisenberg”, I can’t wait to see if he will be following in his footsteps or if there is another twist to the epic series.

The scene Aaron Paul asks fans to rewatch was Breaking Bad at its very best and had Jesse finally standing up to a terrifying Walt. This could mean that Jesse is going to start his own ‘business’ instead of continuing Walt’s blue empire.

Elsewhere, the idea of Jesse being ‘alone’ could refer to him being on the run from the police following the fall of Walt’s meth empire and the bloody Nazi shootout.

We still don’t know exactly which other characters will be returning for the big-screen adaptation, that hasn’t stopped Bryan Cranston speculating how Walter White could return though.

Speaking to Entertainment Tonight, he said: “Well, rigor mortis has a way of allowing that to happen.”

He added: “It could be! Could be [in] a flashback, or a flash forward. I’m still dead, Walter White, I don’t know what [could happen.]”

Cranston continued: “Yes, there appears to be a movie version of Breaking Bad.

Despite a pretty definitive ending, it seems the lure of a Breaking Bad movie continuation was just too much to ignore. Thankfully, there isn’t long to wait until we find out what Jesse’s been up to and whether the ghost of Heisenberg is still haunting him.