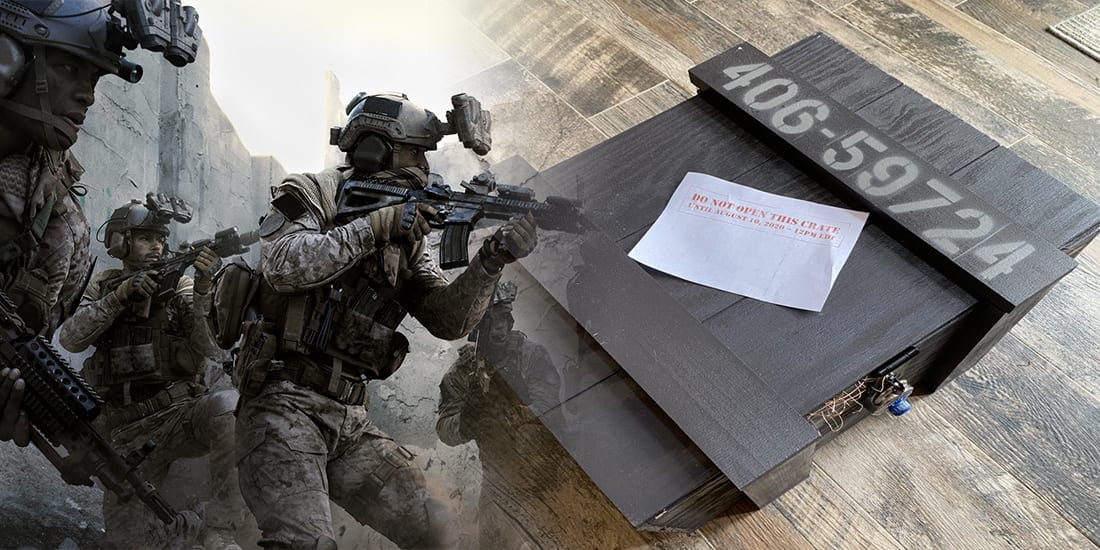 The ball started rolling yesterday, when a number of influencers and streamers livestreamed themselves opening crates from Activision. Each crate featured a different series of numbers on the side, and came padlocked with a note telling owners they were not to open the crates until a specific time and date.

When the time came around, users were required to text a number to receive the code for the padlock. Inside each crate was a film projector and a series of slides, mostly featuring segments of maps or wheels with various letters on them. Even more interesting, it seems as though different creators received different projectors.

The crate openings led to the discovery of a new Activision-owned site, called pawntakespawn.com/tv, where users quickly discovered that a Call of Duty announcement is scheduled for this Friday.

It was tentatively believed that this will be the trailer for the next CoD game, which is rumoured to be called “Call of Duty: Black Ops Cold War.” However, new details suggest Friday won’t be the reveal, but instead phase two of the ARG.

Fans are still figuring out the slides from the crates to piece together the puzzle in time for the big reveal, whatever it may be.

CharlieINTEL has been compiling all clues and crate contents over on Twitter, so if you’re looking to get involved in the Call of Duty ARG, I’d definitely head on over there first!

This mystery is still unfolding, so keep your eyes and ears to the ground!