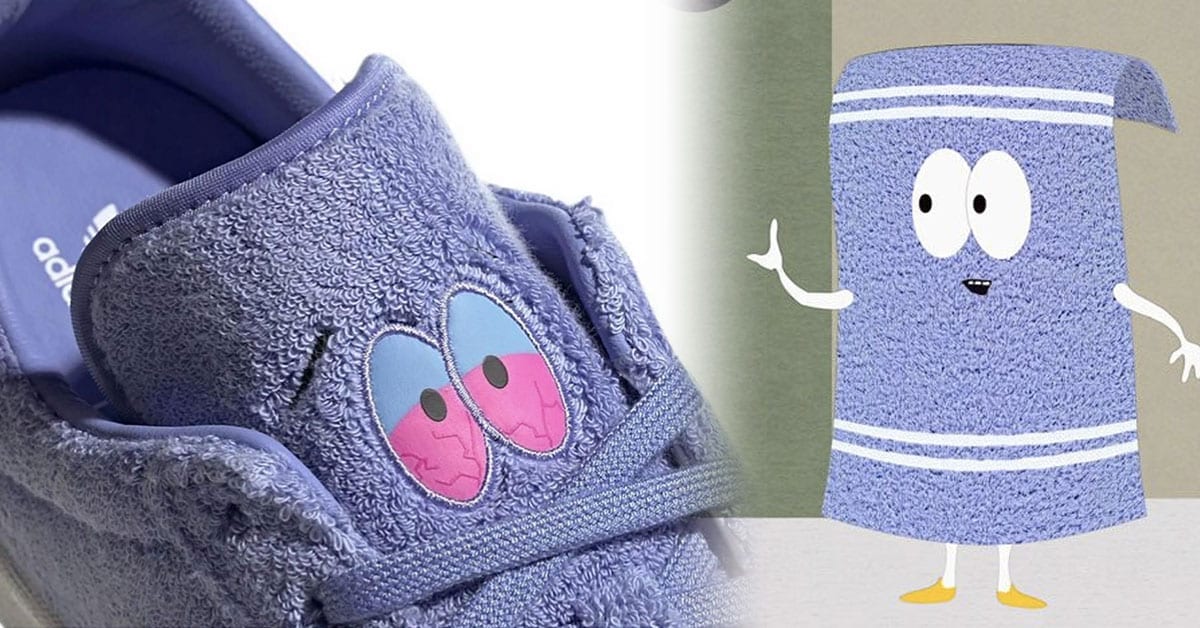 In the most epic of collaborations, Adidas is making a shoe dedicated to a fan-favourite South Park character – none other than the high and mighty (but mostly high) Towelie.

The Campus 80S South Park Towelie Shoe is a must-own for fans of the long-running animated series, specifically those who want some extra Tegridy in their lives.

“Don’t forget to bring a towel,” reads the official description. “Hard to do when you’ve got Towelie on your feet. In the form of the famed adidas Campus shoes, that is. Plus it says it right there on the tongue.

“Step into the sun and the eyes turn red. A small hook-and-loop pocket on the inside of the tongue lets you store whatever it is you might be able to fit in there. For now, it’s a Towelie keychain.”

The classic design of the 80S shoe even has a chalk purple texture that perfectly replicates the smooth tone of Towelie’s comforting fabric.

Better still, on the tongue of the Campus 80S shoe, are the bloodshot eyes that fans of South Park and Towelie will instantly recognise.

Now if you buy these luxurious Campus 80S trainers, never again will you forget your towel and if you have no idea what’s going on, you will never feel alone.

As a handy little feature, on the inside of each tongue are cute little pockets to store the two awesome Towelie keyrings that come with the Campus 80S trainers.

Though you’re not limited to only tucking away the keyrings provided in the tongue of the shoes.

The Campus 80S South Park Towelie Shoes are available from the online Adidas shop for £75, but like many limited edition shoes, they won’t be easy to grab. You’ll have to download the Adidas CONFIRMED app and enter a draw to be in with a chance to buy. At least it keeps resellers at bay! Winners of the raffle will be announced on Tuesday, April 20th. 4/20. Geddit?

Will you be trying to pick up the Campus 80S South Park Towelie shoes? Let us know across our social media channels.