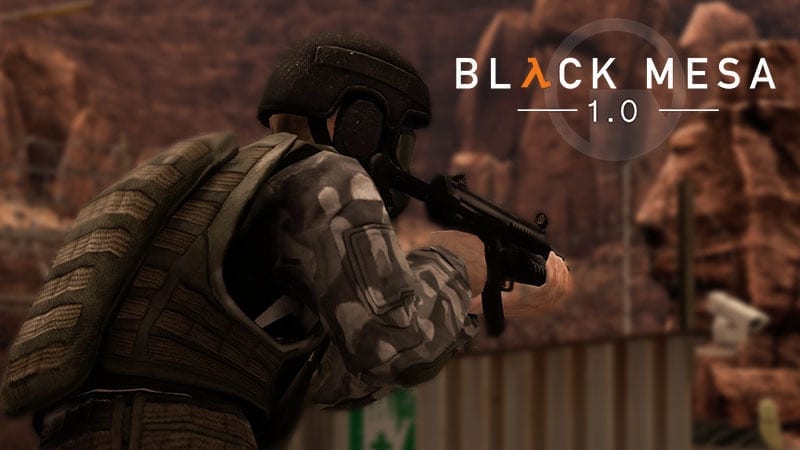 Black Mesa, a fan-made remake of Half-Life by the fittingly named studio Crowbar Collective is nearly ready to leave its Steam Early Access program after five long years. The developers have confirmed that the game will soon be moving into its beta stage of development.

On a preview post via its Steam Page, the developers highlight what we can expect to see in the Black Mesa 1.0 Preview. This includes things like improved A.I for the HECU soldiers, who will now not only suppress fire, but they will also flank on your position, communicate with one another and utilise their weaponry far more effectively, in particular with their equipped MP5 Grenade Launchers.

The team writes: “As soon as it is ready, we will push the build to public beta like we have in the past. After lots of internal and external testing, we will patch the build as needed, and finally, FINALLY (FINALLY!!!) release Black Mesa out of Early Access!

“This is a huge deal for us. The team has put in a ton of effort to improve the game in ways big and small.”

Much of Black Mesa’s areas have been redesigned to enhance the combat space for both the A.I and the human player, which will “make the most of our levels without completely rebuilding them.”

The developers have also been taking note on playthrough’s on streaming platforms to identify moments in which the game’s pace came to a “grinding halt” to improve on the player experience.  The visuals in the preview have also been greatly improved upon, with a higher level of detail to the environment and lighting.

The developers have also outlined their plans for Black Mesa 1.5 following its beta stage, confirming they aim to make further improvements that may be identified as they anticipate a wider demographic of potential testers and feedback.

Have you already been playing Black Mesa or perhaps you’re planning on to in the near future?  We’d love to hear your thoughts across our social media channels.