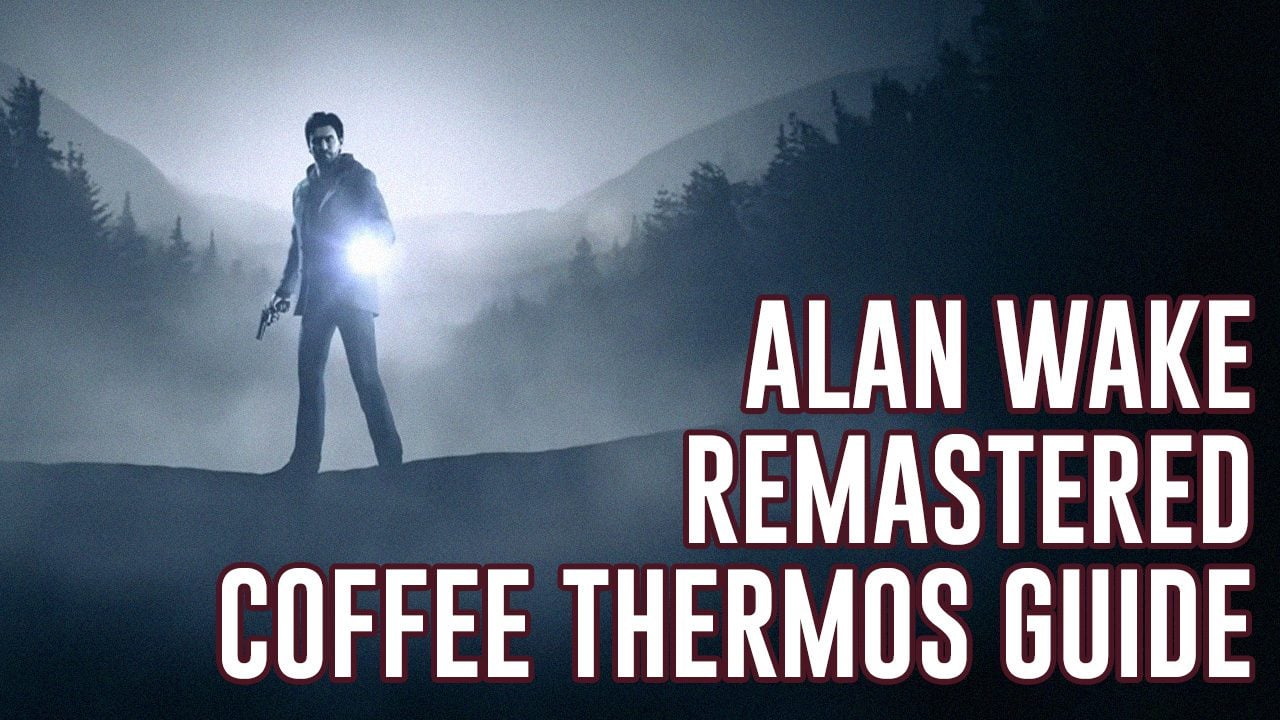 Alan Wake is spending most of his nights fighting off hordes of Taken during Alan Wake Remastered. So it’s just as well that he’s going to need plenty of coffee to stay awake during these fights. Alan Wake Remastered features a total of 100 collectible coffee thermoses. They don’t actually serve a gameplay purpose, but collecting all 100 will net you an achievement/trophy and some bragging rights. Here are the locations of all 100 coffee thermos pickups in Alan Wake Remastered, broken down per episode. Be sure to also check out our guide to finding every manuscript page in Alan Wake too.

Thermos 1: As soon as you begin playing, this is found at the broken bridge at the end of the road to the left.

Thermos 2: Near the safe haven where you get the flare gun, there’s an old war bunker that holds a thermos.

Thermos 3: When you’re being chased by the storm towards the lighthouse, a thermos is perched on a bench to the right after you’ve crossed the bridge.

Thermos 4: When you’re in the diner meeting the residents of Bright Falls, a thermos is at the back behind the counter sat on a box.

Thermos 5: Once you reach the cabin on Diver’s Isle, Alice will start crossing the rickety bridge. Instead, turn around and run up the hill back to your car. The thermos will be on a nearby lookout.

Thermos 6: Inside the cabin on Diver’s Isle, in the kitchen on a countertop.

Thermos 7: After the car crash, you’ll enter a lumberyard with stacks of lumber. Search for a pickup truck and the thermos will be resting right next to it.

Thermos 8: After using a fallen log to cross the river, turn left and it’s on top of a rock.

Thermos 9: When you’re at the puzzle where you need to make a bridge to cross the gap in the logs, find the broken staircase. Now turn left and move into the darkness. Look right, and there’ll be a thermos sat on a rock.

Thermos 10: Whilst making your way to the petrol station, Alan will say “The station was closer now” and Stucky will say something. Move towards the edge of the cliff and the thermos is located behind a rock.

Thermos 11: Reach the safe haven that requires you to start a generator. Head straight past it and find a couple of oil barrels tipped over. The thermos is right next to them.

Thermos 12: In the area where you fight Stucky, the thermos is on the big yellow crane.

Thermos 13: Outside the petrol station, underneath a big sign that says “GASOLINE”.

Thermos 14: Past the GASOLINE sign, head down the road and there’ll be a thermos at the end. Watch out, as you’ll be attacked by a bunch of Taken.

Click ‘Next’ below to see all Coffee Thermos locations in Episode 2: Taken.