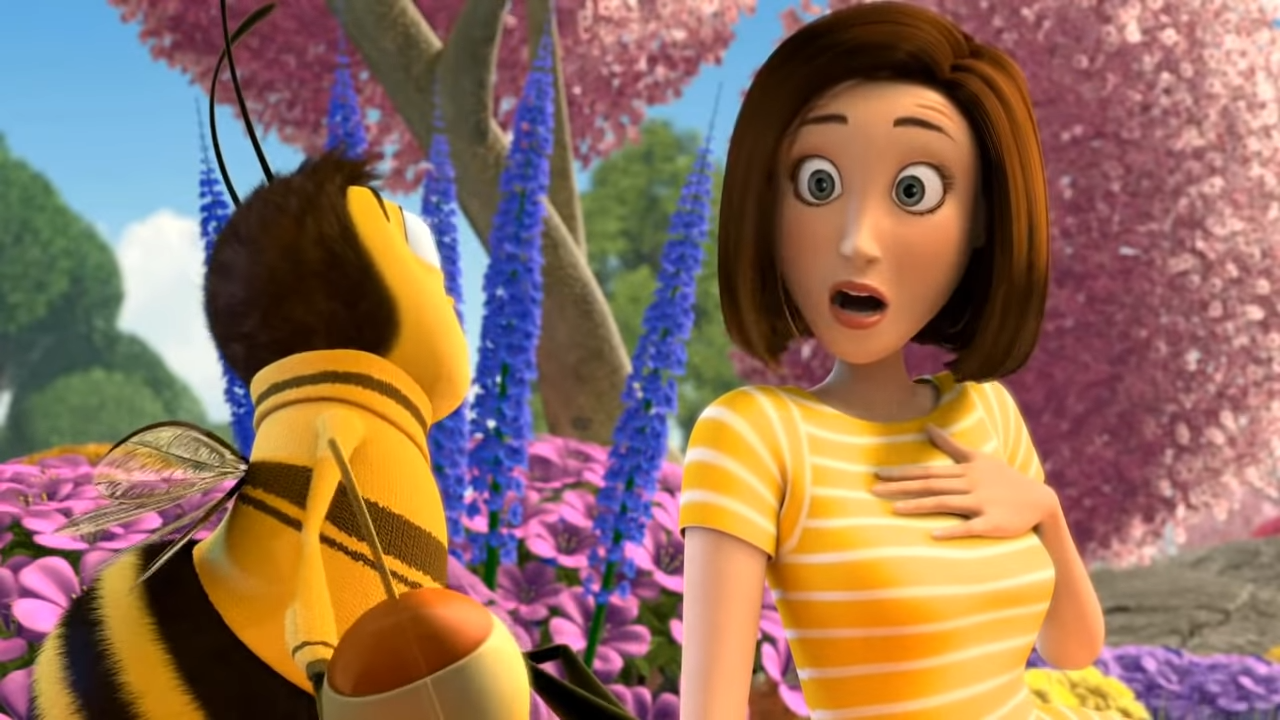 After more than a decade of audiences raising their eyebrows at the romantic plot between a human and a bee, Jerry Seinfeld has decided to apologise for the Bee Movie.

The Bee Movie is beloved by the internet for it’s endlessly quotable, meme-able qualities and strangely sexual themes. However – and I know this is an unpopular opinion – I loathe the Bee Movie.

It’s not just the bestiality romantic arc. And it’s not the fact that the trial plot is wildly inaccurate, as discussed by Legal Eagle in his Real Lawyer Reacts series:

For me, the problem is that it’s peak lib-brain manifested as a children’s comedy. It neglects the concepts of law, biology and dignity in favour of horny-bee-centrism.

Why I hate the bee movie

Firstly – in real life, honey bees are almost all female. They have a social structure organised around a queen, with nursery bees raising new queens and worker bees gathering pollen. A few male bees lounge around for a brief sexual encounter with the queen before they are brutally dispatched. Clearly, this is a social structure that lends itself to a parody of Disney princess movies – something along the lines of Enchanted crossed with Roman Holiday (with bees). DreamWorks, I’m happy to sell you this stellar idea. Call my agent.

Instead, Jerry Seinfeld projects inane American anti-union, stupendously hetero-normative humour onto bees. The bees in the Bee Movie live in little straight, 2.5 kids, family units. The lady bees stay at home and clean. The boy bees slave all day – literally – bringing home the honey. The all-white bees are forced to work as agricultural labourers. They literally call honey farms “bee work camps” in the movie. It’s a relief that America has ever had a real-life equivalent of this situation, that might make this seem a bit tasteless. And it’s not like modern day slavery props up the agricultural sector now. Seinfeld would never make a kids movie where the lesson is that interfering with forced labour is bad, actually. Would he?

Well, what do you know? Our main character, Barry B. Benson (voiced by Seinfeld himself), dreams of being more than a bee forced to produce honey for no pay. So he organises a class action lawsuit to reclaim the honey. This then destroys the world’s ecosystem.

What are the main lessons of the Bee Movie? Labour rights and unions will destroy everything. Capitalism rules and actually protects the environment. Oh, and bees are very sexy.

Sorry about the sexy bee

“I apologise for what seems to be a certain uncomfortable subtle sexual aspect of the Bee Movie.

“It really was not intentional, but after it came out, I realised this is really not appropriate for children. Because the bee seemed to have a thing for the girl, and we don’t really want to pursue that as an idea in children’s entertainment.”

I guess, thanks for the apology for the bestiality B plot in your kids movie, Jerry? I’d argue it isn’t “subtle” at all, since the bee and human go on a date and she leaves her human boyfriend for Barry B. Benson, but sure.

A honey bee typically lives for between 3 weeks in the summer to 4 months over winter. But the Bee Movie will live rent free in my head forever.

What do you think about the Bee Movie? Do you think Seinfeld was right to apologise for the bee/human romance plot? Let us know on our social media channels.