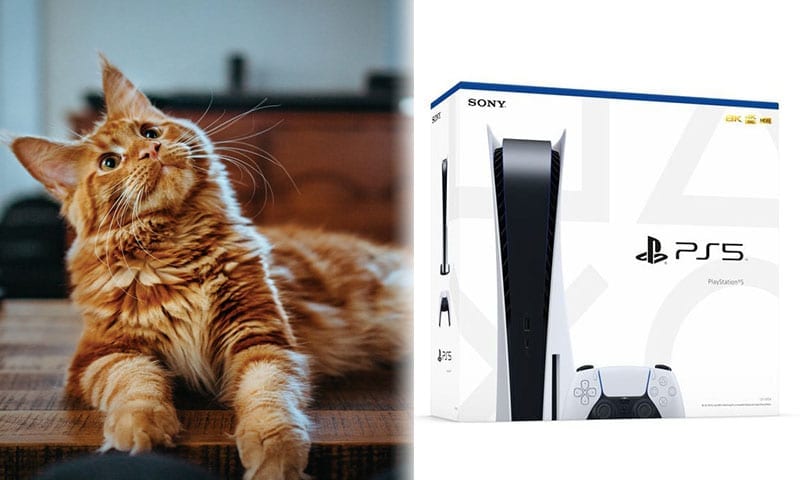 Many Amazon customers are complaining after receiving their PS5 package only to find it contained cat food, kitchen appliances or some other random item instead of the new Sony console.

Gamers have taken to Twitter to vent their horror and frustration at what could be a packing issue – or a scam.

Multiple customers have reported opening their Amazon order and finding something else entirely, and at the time of writing, Amazon has yet to respond.

While this could be a series of shipping errors, some believe something more sinister could be at play. One user responded to a video of someone unboxing their package, noting that the packing tape wasn’t the standard used by Amazon, which could indicate the box had been tampered with.

Journalist Bex April May was one of the first to share their story of the Amazon disaster. They tweeted: “Happy #PS5 day everyone. Tried to document our one’s unveiling, but Amazon have tricked us with an unsolicited air fryer instead (after giving delivery password). Anyone else had this problem today?”

One user noted that the video shows clear tape, responding: “Amazon UK don’t use clear plastic tape so I suspect that has been opened, swapped and [sic] reselaed in transit.”

So far, cat food, kitchen appliances, Nerf guns and even nothing at all have been reported as being inside the Amazon boxes meant to contain PS5 consoles.

The story has been picked up by multiple outlets, and it’s expected that Amazon will be responding soon.

Hopefully all those who are left without a console will see a resolution sooner or later, though I can’t begin to imagine how disappointed these gamers truly are! With the PS5 selling out in seconds and already being sold through third-party website for a mark-up, it’s hard to know when replacements will be on the way.