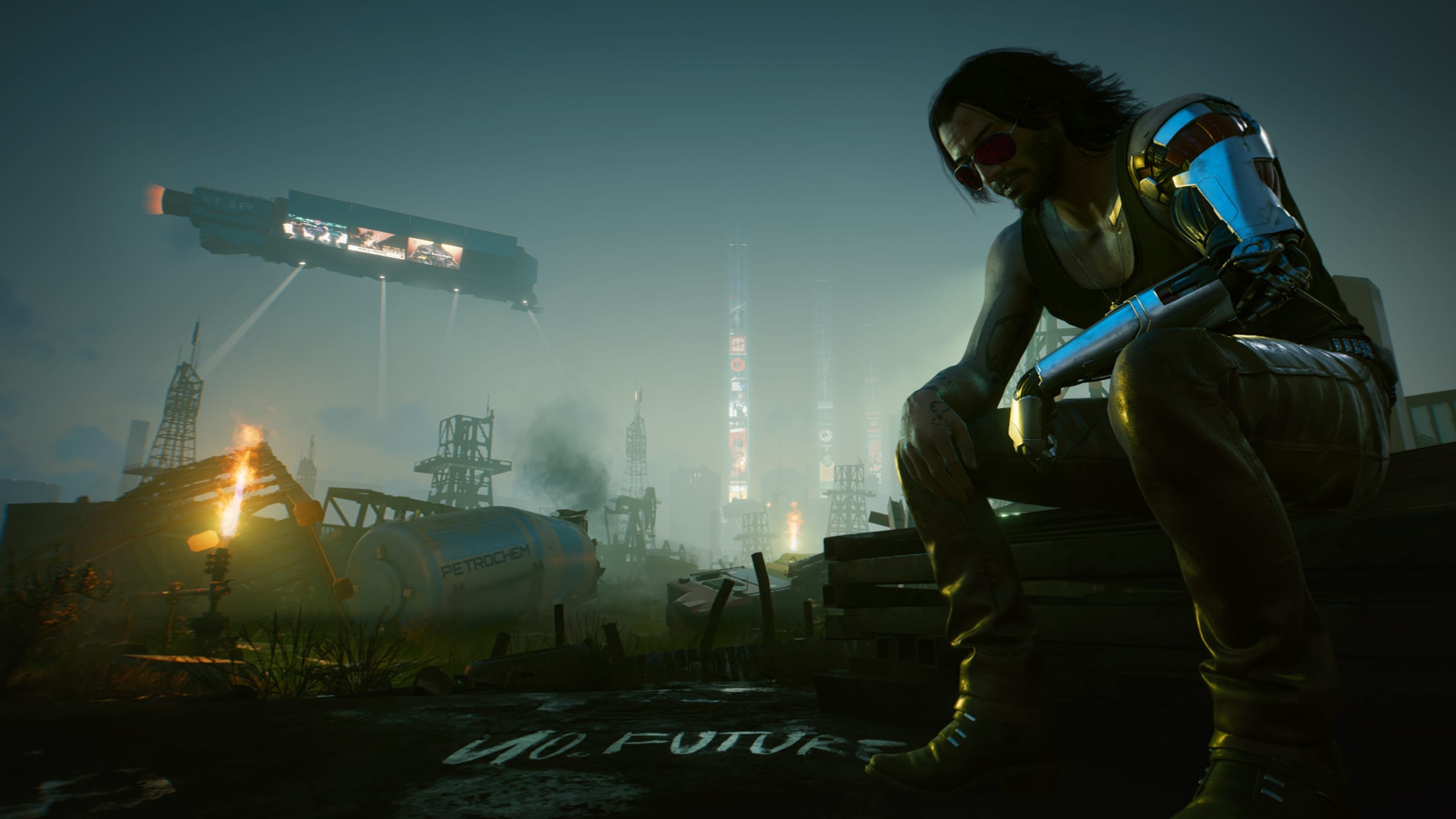 Keanu Reeves’ role in upcoming RPG Cyberpunk 2077 has been explained in a new video from developer CD Projekt Red.

Ever since that “you’re breathtaking” moment at E3 2019 when Hollywood superstar Keanu Reeves appeared on stage, Cyberpunk 2077 fans have been wondering about his role in the game. While we know some details, there’s still a lot that’s been kept under wraps – until now.

We’ve already known that Keanu Reeves’ character known as Johnny Silverhand will quite literally be in your head, but why?

Well thanks to a recent Cyberpunk 2077 gameplay trailer we now have the answer to that very question.

My assumption was that Johnny Silverhand’s role in Cyberpunk 2077 would be similar to that of Cortana from the Halo series, and it seems that I wasn’t too far off with that assumption.

WARNING: MINOR SPOILERS FOR CYBERPUNK 2077 AHEAD (but nothing that wasn’t shown in the latest episode of info video series, Night City Wire, which you can watch above).

Basically Johnny Silverhand is a deceased member of a band who was killed by an evil corporation.

When you take on a lucrative job that will set you up for life, it appears that a biochip that you stole contains the digitised soul of Johnny Silverhand, who wants revenge against those that killed him.

However ,when that job goes wrong, the only way to save the biochip from being destroyed is by implanting that chip into your head, thus you are introduced to the vengeful ghost of Johnny Silverhand. So basically Johnny becomes your Cortana.

Check out Johnny in action in the Night City Wire video above!

In related news, it has been revealed that Cyberpunk 2077 will feature a customised soundtrack to make the game streamer-friendly to avoid DMCA strikes against your channel.

Cyberpunk 2077 was first announced at E3 2012 is from the same development studio that brought us the critically acclaimed The Witcher 3: Wild Hunt.

Are you hyped for Cyberpunk 2077?  Let us know by reacting to our Emoji’s below.