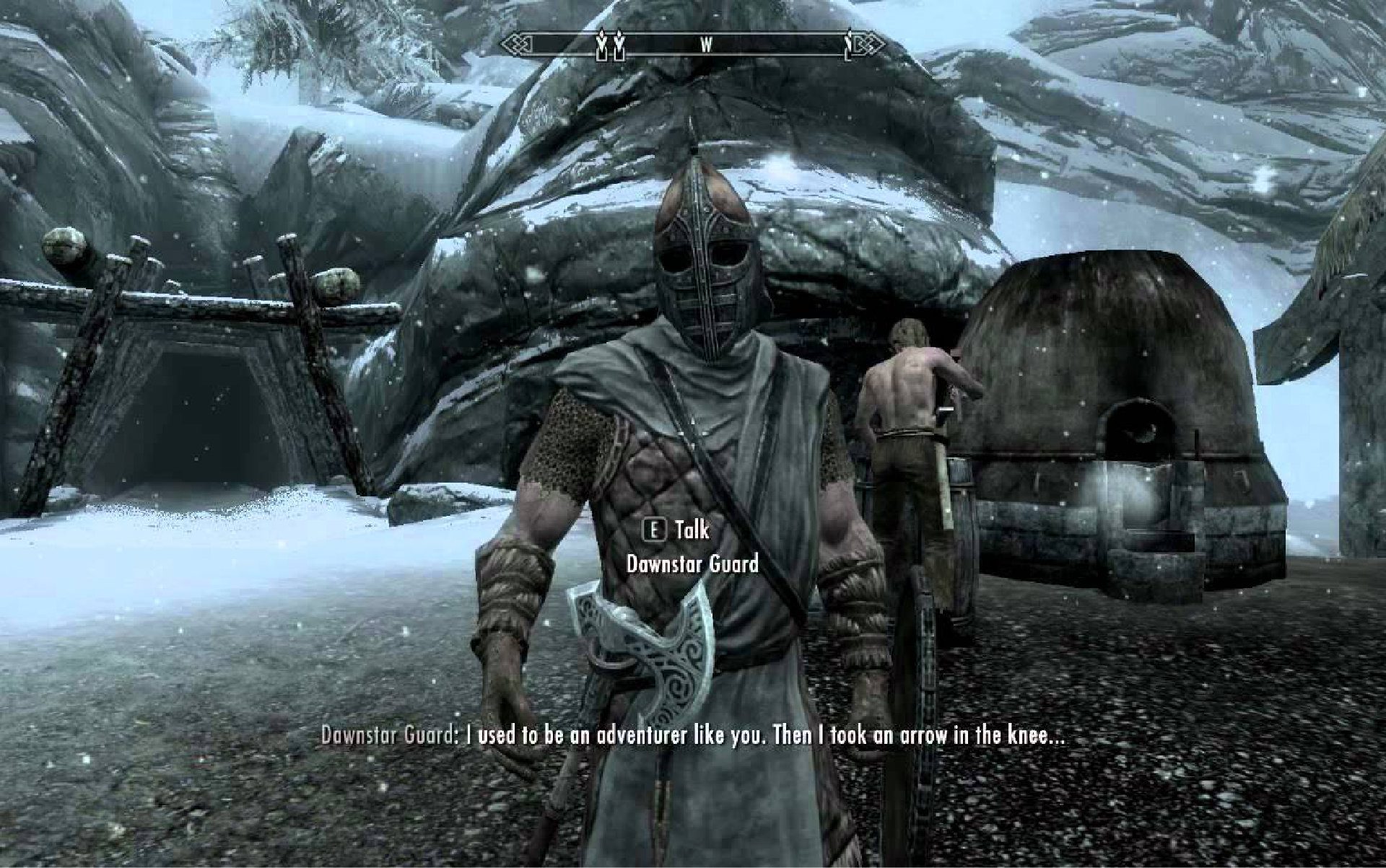 A Bethesda developer has explained the origins behind the classic “Arrow In The Knee” meme from The Elder Scrolls V: Skyrim.

While exploring the vast world of Skyrim, random city guards may state that iconic quote for the immensely popular meme: “I used to be an adventurer like you, then I took an arrow to the knee.”

GamesRadar had an opportunity to chat with Skyrim audio director Mark Lampert. It was during this chat that the shocking revelation was revealed. “I think we always have at least a small handful of unintentional memes, owing to the fact that our games are just so big,” said Lampert.

Arrow to the knee was never meant to be!

“There’s so much complexity, and all the individual rules that the AI follows, or the landscape, the sun, the movement of the stars, the weather changes – everything is following a very simple set of rules. And then when you put those all together in one world, weird interactions happen, simple intentions by the designers, in this case, to reward the player have these unpredictable effects.”

So there you have it. Skyrim’s engine and complexity is just so crazy that random things can cause unintentionally hilarious memes.

Bethesda is celebrating Skyrim’s 10th anniversary and at the forefront of those celebrations is The Elder Scrolls V: Skyrim Anniversary Edition. This most recent remaster is available on PS5 and Xbox Series X|S and comes with improved visuals, framerate and loading times.

Are you shocked that the “arrow to the knee” meme was never meant to be in Skyrim? Pour your heart out across our social media channels.