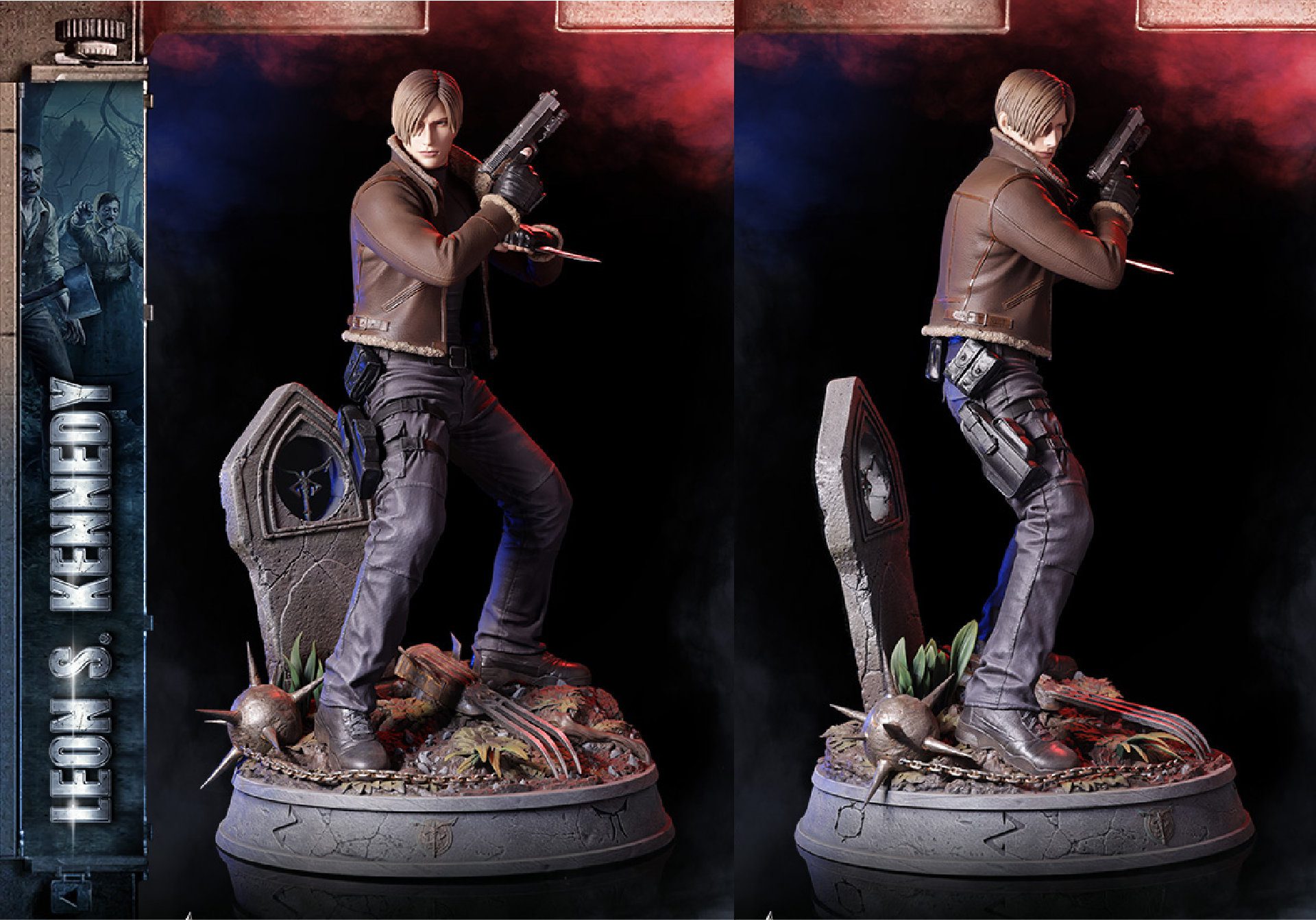 In collaboration with Darkside Collectibles, this Leon S. Kennedy statue really is a work of art. Modelling in his iconic brown leather jacket, and posing with his H&K VP70M handgun.

On the base of the statue, you can also see a gravestone with a Los Illuminados symbol. Furthermore, a claw from a defeated Garrador and a monk’s Skull Breaker can be seen at the feet of Leon.

The statue is ¼ scale, 50cm in height, 30cm wide with a depth of 30cm. The statue will also weigh about 13lbs. It also comes with a “designed theme base”, a Garrador weapon and the monk Skull breaker to assemble.

If you want this fantastic statue, you’ll have to buy it for a high price. It will cost you a cool £768/$1041 USD/€899. But hey, you do get free shipping in select regions. You can also pay in instalments, so it’s nice to have that option if need be. The shipping estimate is October 2022.

As a Resident Evil collector, I would love to own this RE4 Leon S. Kennedy statue. However, after spending nearly £800, I don’t think my wife would allow me to live long enough to see it arrive.

Are you tempted to pick up this Leon S. Kennedy statue from Darkside Collectibles? Let us know across our social media channels.