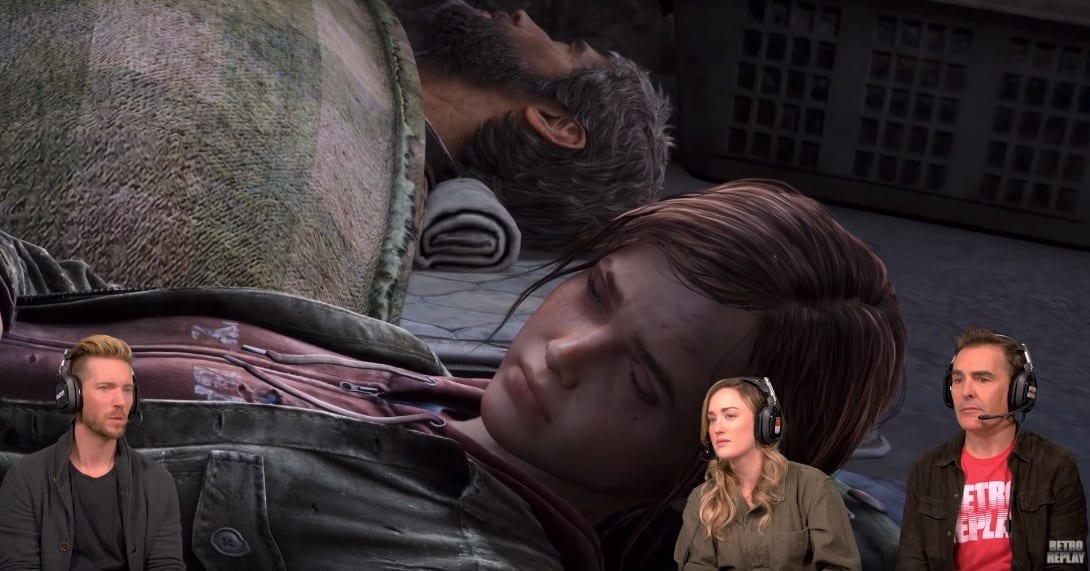 If you haven’t been watching Retro Replay then you’re in luck, because you’ve got a LOT of 10/10 footage to catch up on. In case you didn’t know, video game veterans Troy Baker and Nolan North have been working their way through a playthrough of the iconic The Last Of Us, a game in which they both feature, and oh boy you’re in for a treat.

They’ve been joined on the Retro Replay couch by a whole host of exciting guests throughout their LP, and as they approach the end of the game their presence has been graced by the one and only Ashley Johnson. You may possibly know her as TLOU’s Ellie.

Troy and Nolan (who play Joel and David in The Last of Us) have spent the last couple of years creating a community of game fanatics through their YouTube channel, Retro Replay. Over the past few months they’ve migrated from retro games to the Naughty Dog games they star in: The Last of Us and Uncharted.

From behind-the-scenes insights into the filming process of the games, to hilarious anecdotes and terrible shooting skills (sorry, Nolan), it’s easy to see how the channel has developed such a devoted community of fans.

Of course, now that Ashley Johnson isn’t just on the couch but also on the stick, the internet is going into meltdown mode. She’s jumping on the controls at a pivotal part in the game, and naturally, she’s playing during part of the Ellie-led chapters.

If you haven’t caught up on the latest episode of Retro Replay, don’t worry, I’m not going to spoil it for you. Instead you can check it out for yourself below!

A Celebration Of Women In The Video Games Industry

GameByte Guides: How To Play Retro Games On Your HD TV