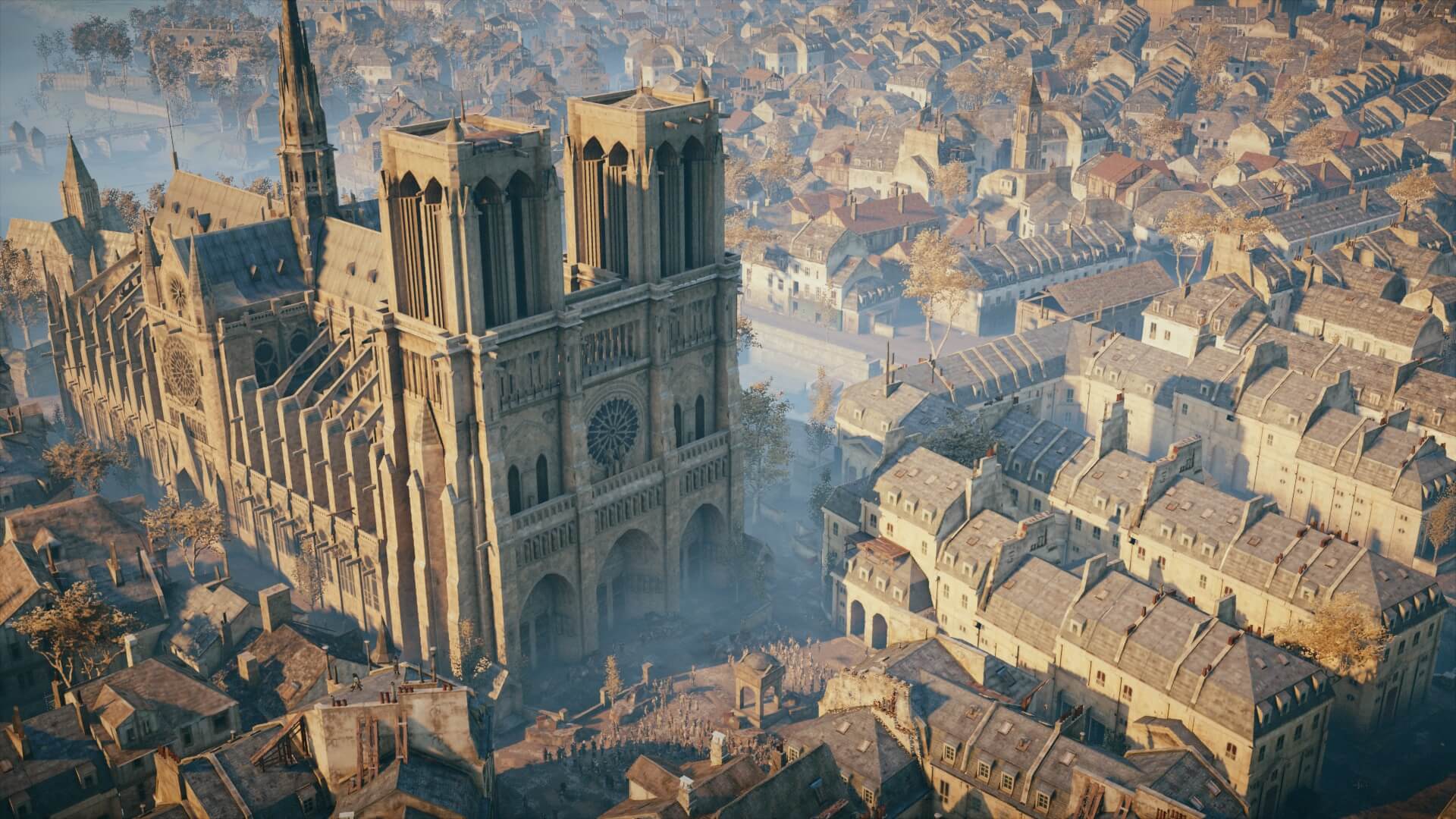 The world was left heartbroken yesterday (Monday) when news broke that the iconic Notre Dame Cathedral was on fire.

The building, which is considered to be one of the finest examples of French Gothic architecture, is over 800 years old and is a huge part of French history.

The fire, which burned overnight, has been extinguished as of this morning, and plans for the building’s restoration are already underway.

According to reports, the building will be restored as closely to its original glory as possible, meaning that architects and builders will be studying hyperrealistic photos and videos of the cathedral to recreate it as faithfully as possible.

One of the pieces of digital work that’s being cited to help in the restoration is none other than Ubisoft’s Assassin’s Creed: Unity.

Unity artist Caroline Miousse, spoke to The Verge a few years ago about the creation of the cathedral in the game.

The Verge wrote: “In the case of the Notre Dame, easily the biggest structure in the game, it meant recreating a version of the cathedral that didn’t actually exist at the time.

“Level artist Miousse spent literally years fussing over the details of the building. She pored over photos to get the architecture just right, and worked with texture artists to make sure that each brick was as it should be.”

According to a report from GPSWorld, it’s 3D mapping like this that will help the real-life restoration of one of France’s most famous structures.

Thank you, world of video games!

It’s not yet known how extensive the damage to Notre Dame is following the fire, and the cause of the blaze is still unknown at the time of writing.

Check out Ubisoft’s take on Notre Dame in the video below.