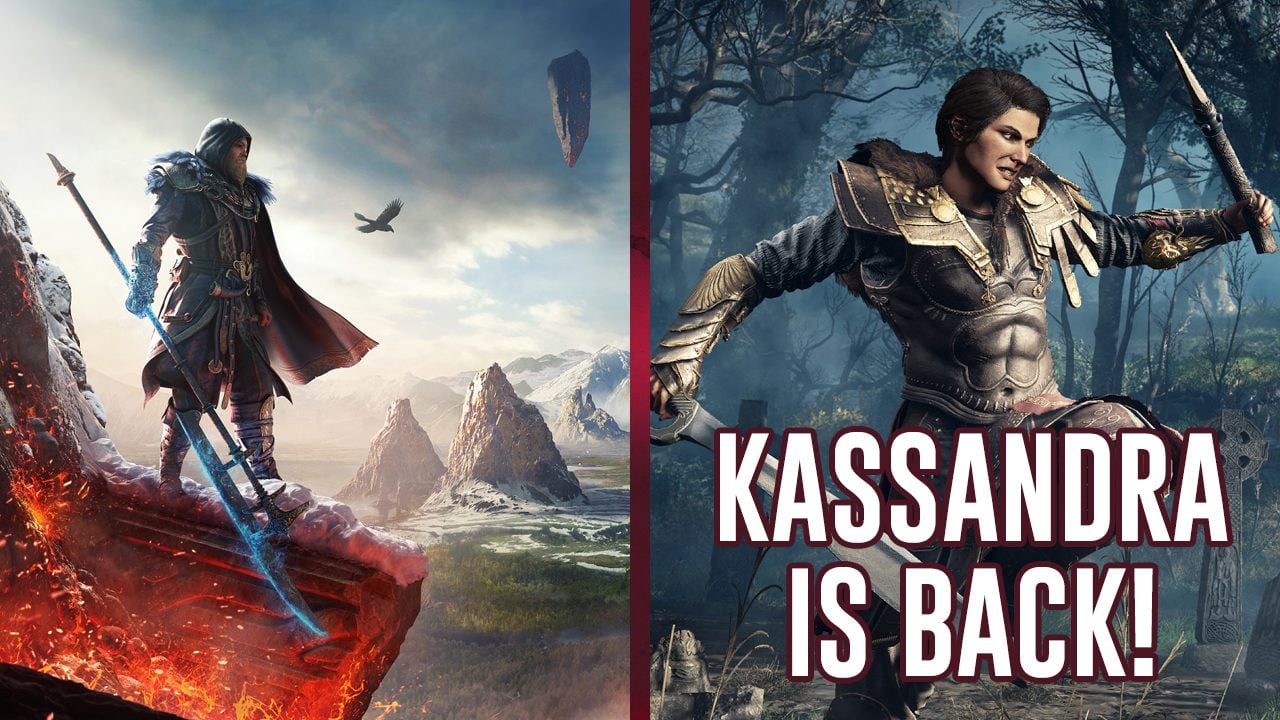 Ubisoft Montreal has announced all the new content coming to Assassin’s Creed Valhalla as part of its Year 2 seasonal content.

Assassin’s Creed Valhalla has entertained a good mix of paid and free content over the past 12 months. This has included two expansions, Wrath of the Druids and The Siege of Paris, as well as a plethora of free items, quests and storylines. Discovery Tour: Viking Age also released earlier this Autumn, and has been used for educational purposes by many all across the globe.

But Ubisoft has revealed that there is plenty more to come in its Year 2 roadmap. Assassin’s Creed Valhalla will be releasing a third expansion titled Dawn of Ragnarok in March.

Dawn of Ragnarok is the most ambitious Assassin’s Creed expansion in the series to date, featuring a brand new Norse realm to explore and a lengthy storyline. In the expansion, Eivor finds themselves in a vision where they have taken the role of Odin and must protect the dwarven kingdom of Svartalfheim from invaders.

These invaders take the form of the Jotnar; blue frost giant enemies making a return from previous expansions, and the flame-wielding enemies Muspels that come from Muspelheim.

Eivor will be roaming the dwarven kingdom of Svartalfheim for the Dawn of Ragnarok expansion. It’s a large environment roughly one-third the size of England, featuring underground forges and soaring golden peaks. The mythological setting allows Ubisoft to take some creative liberties with the world design, something that isn’t entirely possible with historical locations.

You can make use of a new bracer for Eivor called the Hugr-Rip, which opens many new possibilities in combat and stealth. For example, you can use it to shapeshift into an eagle, soaring high above a battlefield and freely picking off assassination targets with ease.

You can also infuse your weapons with special ice and fire properties which come in handy when facing off against these new otherworldly creatures. Ubisoft has also teased that the final boss of the DLC will be Surtr, known in Norse mythology as the one who will ultimately trigger the end of the world during Ragnarok.

There’ll also be a new combat arena added to the game called the Valkyries Challenge. If you’re having flashbacks to those tough-as-nails God of War segments, you might want to give this a miss. It looks as if Ubisoft is designing this feature for high-levelled Assassin’s Creed players after a new challenge. High risk, high reward.

Assassin’s Creed Valhalla: Dawn of Ragnarok will be launching on all available titles on March 10th, 2022 for the price of £34.99. Ubisoft will be showing more of the expansion closer to its release date.

But that’s not all…

THE RETURN OF KASSANDRA

Assassin’s Creed Odyssey fans may be pleased to hear that Ubisoft isn’t done with that game yet, either.

Ubisoft is launching a new mini expansion for both Odyssey and Valhalla called “Assassin’s Creed Crossover Stories”. This is a smaller DLC released for free that explores the ties between different characters from both games. It comes with a new storyline, locations and more possibilities to explore the Assassin’s Creed universe.

The storyline begins with the “Those Who Are Treasured” quest in Assassin’s Creed Odyssey. It can be triggered after players finish Chapter 1 and reach Megaris, but Ubisoft recommends players finish the main questline before starting it due to spoilers. It involves you hunting Isu artefacts that tie directly into Valhalla. The story then picks up with “A Fated Encounter” in Valhalla which sees Eivor cross paths, and blades, with Kassandra.

The return of Kassandra is something that was rumoured a couple of months back, and it looks like there was a great amount of truth to those rumours. Her return is certainly exciting for Odyssey fans, and will serve as a great bridge for players moving from one game to the other.

These two Assassin’s Creed Crossover Stories are free for players who own the respective base games, and will be released tomorrow, December 14th.

Ubisoft has also teased that more Year 2 content besides what has been revealed so far is in the works. We must stay tuned for that and will know more next year.

Are you excited about all the new content coming to Assassin’s Creed Valhalla in Year 2? Let us know on our social channels!

Assassin’s Creed Valhalla is available to buy at the GameByte Shop from just £29.95. Don’t forget you can sign up to earn GB Loyalty Points for epic discounts!

Our store is stocked up with the latest games, merch and accessories. We might even have a new-gen console or two! Sign up to our newsletter to be notified of our console drops, deals and more. Please note the GameByte Shop is available for UK customers only.