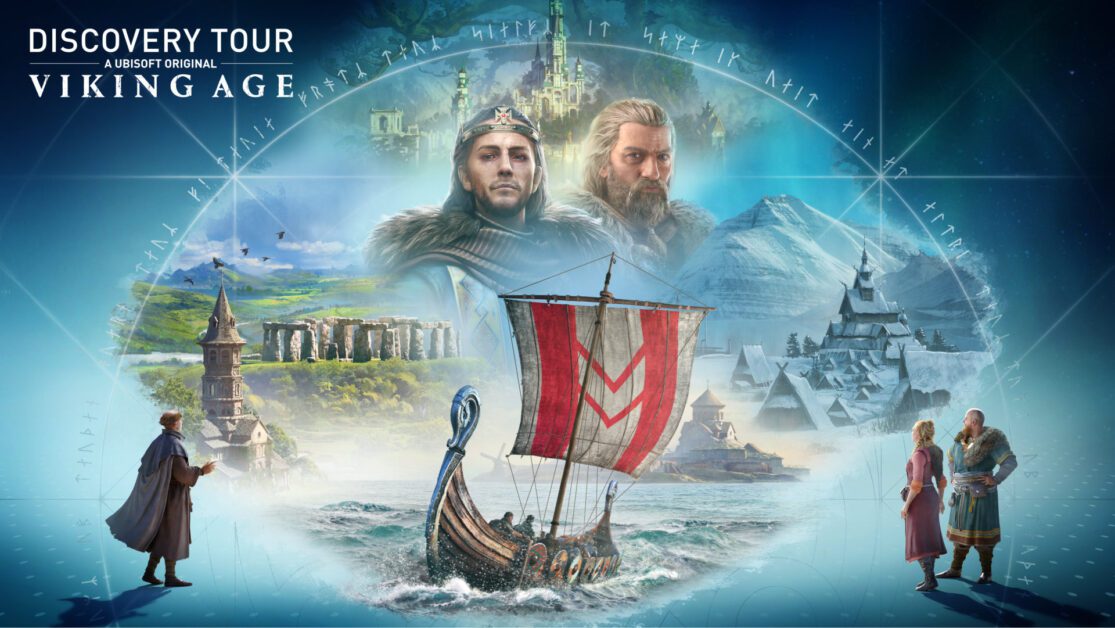 The Discovery Tour was first introduced as an expansion for 2017s Assassin’s Creed: Origins. This mode offered players a unique way to explore ancient Egypt to learn about its history, culture, famous figures, and much more. The Discovery Tour would then make its return in Assassin’s Creed: Odyssey, this time giving gamers a chance to explore and learn about ancient Greece & Rome.

However, for Valhalla’s Discovery Tour, Ubisoft has gone in a slightly different direction. Rather than just being able to freely explore the world, this time it has more of a mission/narrative structure. Sure, you can still explore to your heart’s content, but now you can really learn while you play.

Just like previous Discovery Tours, this version has also been developed in collaboration with historians, renowned archaeologists, and academics. In total it will feature 150 historical highlights which cover War and Politics, Daily Life, Religion and Magic, Myths and Legends, Science, Law and Justice, Art and Culture, as well as Trade and Economy.

Learning can be fun!

Discovery Tour: Viking Age will have two “creative pillars” called “History Through Stories” and “Learning by Doing”. According to the press release provided by Ubisoft: “players will have the opportunity to embody Viking and Anglo-Saxon characters of the time and take part in their adventures set in the ninth century. This narrative takes players through the snowy lands of Norway, the beautiful landscapes of England, and the mythical realms of Jotunheim and Asgard.”

“The Viking Age is a rich and complex era that we absolutely wanted to highlight in a Discovery Tour,” said Maxime Durand, World Design Director at Ubisoft Montréal. “With our new approach, players are placed at the core of a unique interactive experience where they see history in the making through the eyes of people of the time.”

Furthermore, if exploring Discovery Tour: Viking Age wasn’t enough of an incentive for you, then you can even unlock exclusive rewards to be used in the main campaign of Assassin’s Creed: Valhalla.

The Discovery Tour: Viking Age is available to current owners of Assassin’s Creed: Valhalla at no extra cost. A standalone version is also available via Ubisoft Connect and the Epic Games Store for £16.99. The standalone version will also be released for consoles in 2022.

Are you looking forward to playing and learning with Discovery Tour: Viking Age? Let us know across our social media channels.