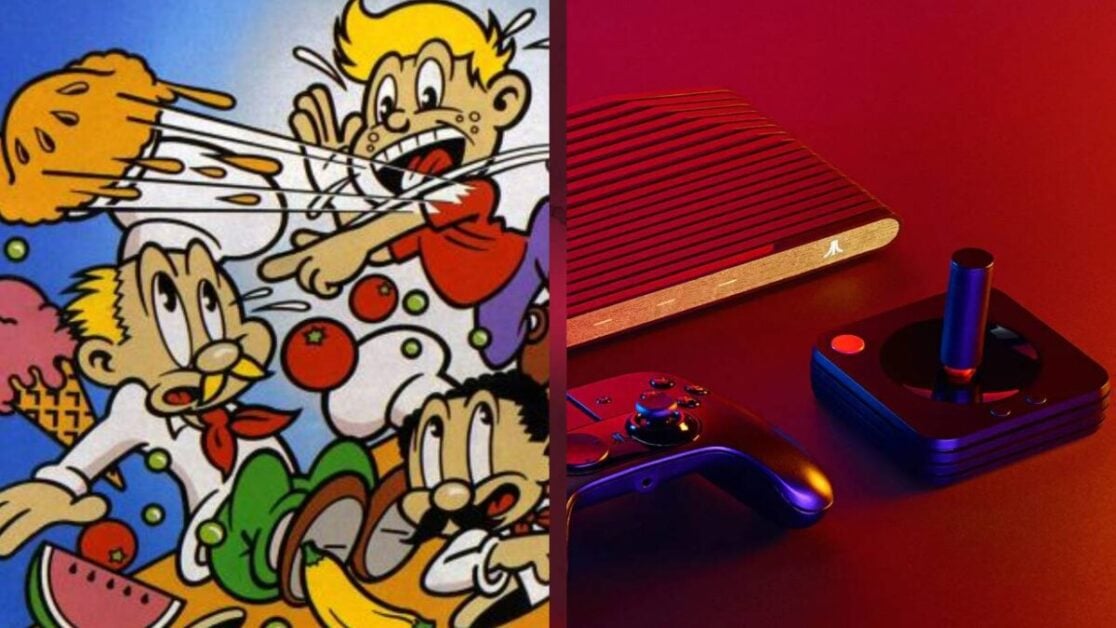 Atari has revealed that its remake of the 1980s classic Food Fight is coming to console, PC and its own Atari VCS system [via CBR].

Developed by Mega Cat Studios, the new version of Food Fight will launch first on Atari’s VCS. However, while the game will be a timed exclusive, it will also eventually venture cross-platform. Here’s what Atari’s Michael Arzt had to say in a recent press release:

“We’ve promised fans new Atari content for the VCS and are delighted to unveil this fresh, modern take on a classic video game favorite — one that only Atari could lovingly and expertly curate and bring to the VCS first,”

If you’re a fan of retro-inspired indie games, you’ve probably already heard of Mega Cat Studios. In fact, the Pittsburgh based developer has numerous titles under its belt, including Log Jammers, Coffee Crisis and licenced games like Monopoly Jr. The studio also has a collection of games on the Evercade and physical copies of NES games.

Of course, if you weren’t gaming in the ’80s, you might not know what Food Fight actually is. Simply put, Food Fight is an arcade game that has players chucking food at little pixelated chefs for points.

As for the remake, Mega Cat Studios has said it wants to transform the original experience into “something new for players”. This includes adding 30 items, weapons and pickups to the game, as well as procedurally generated levels. Sounds like this retro classic is about to become a little roguelite!

Hopefully, Atari’s latest remake captures the essence of the original while offering something new. While the fact the game is coming to consoles and PC is good for accessibility, its lack of VCS exclusivity could be a bad sign for the company’s console alternative.

Do you have fond memories of Food Fight? Let us know on our social media channels!