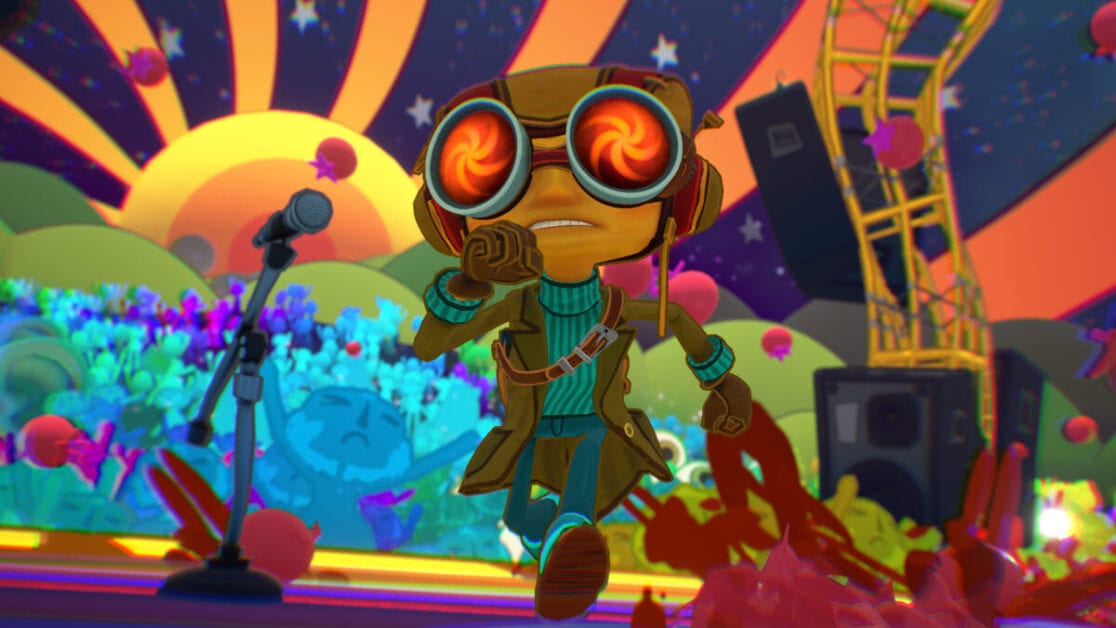 August is shaping up to be quite the busy month, and we’re not even close to the busy months of October and November yet. Start booking your time off now, it’s going to be tricky to fend off the dreaded backlog this year. Here’s a list of all the biggest new and upcoming games releases for August 2021.

The first heavy hitter of the month is a game that needs no introduction. Hades took a majority chunk of the GOTY awards last year thanks to Supergiant Games’ stupendous work on the greek mythology themed roguelite. With the tightest gameplay loop possible and some utterly stunning characterisation, Hades is lauded by almost everyone who’s played it.

Until now, that’s been Hades’ only downfall – not everyone has played it. The game left early access in September 2020, arriving on PC, Mac, and Nintendo Switch platforms. A peculiar combination, to be sure. PlayStation and Xbox players have been left in the dark on such a titan of a title, but that’s finally about to change.

Hades is making its debut on PS4, PS5, Xbox One, and Xbox Series X|S consoles on August 13th. The new-gen consoles will reportedly make the game look as good as it ever will, with 4K visuals and 60fps targeted. On top of that, the PS5 version will sport additional support for the DualSense controller. Given how satisfying Hades already is to play with a controller, I can only imagine how good it’s going to feel to thwart enemies while wielding a PS5 pad.

If you’ve yet to experience Hades, this month is the time to set that right. Where some roguelite’s can be unforgiving in their approach to gameplay, Hades constantly feels like you’re pushing forward, no matter how many times you die. With a robust set of accessibility features, Supergiant’s latest hit should be a priority for all console gamers this summer.

After two years of anticipation, another gem from Annapurna Interactive is set to emerge on August 19th. As the reveal trailer describes, 12 Minutes is “an interactive thriller about a man trapped in a time loop”.

Gameplay comprises a standard point and click affair – you can move freely around the apartment and pick up several objects within the playspace. Those objects can be combined with each other or the environment to provide new gameplay opportunities. The titular 12 minute time loop is the main narrative hook with the male protagonist maintaining his memories as he relives each loop time after time.

This isn’t anything to go by, but the last time that Annapurna published a game about time loops, it ended up being 2019’s game of the year. If you missed the news, that game (Outer Wilds) is getting a new expansion later this year. For this month, however, 12 Minutes will have to satiate that timey-wimey itch. It’s out on Xbox and PC platforms August 19th and will launch straight to Game Pass.

Ghost of Tsushima was another game to grace the top of several GOTY lists last year, and its ultimate form is releasing later this month. The rather crudely named ‘Director’s Cut’ will feature PS5 enhancements for those playing on the new box and will come with the game’s only expansion – Iki Island.

This new landmass is a real island neighbour of Tsushima and will feature all new quests. Sucker Punch promises that this will continue the story of protagonist Jin Sakai, taking him down a deeply personal journey. The events can be started any time after beginning the second act of the base game, so it doesn’t canonically take place after the main events of Ghost of Tsushima.

An official support patch bringing enhanced 4k 60fps visuals is coming to the platform. There’s also DualSense haptic feedback, 3D audio support, and drastically improved loading times to enjoy with the upgraded version. It’ll come with a price tag, but lovers of the 60+ hour RPG will find it small for the additional content that it brings.

Most importantly, the new DLC lets you pet the monkeys native to Iki island. That’s enough to warrant the cash upgrade right here and now. It’s coming to both PlayStation platforms on August 20th.

Double Fine is back in its typical style to bring us a sequel to the cult hit Psychonauts. The premise is that you can use psychic abilities to delve deep into other people’s minds. It’s in there that you’ll encounter all sorts of psychedelic platforming and puzzle sections.

A summary on the game’s Steam page reads: “Explore unique environments using Raz’s ability to dive into people’s brains to battle their inner demons, unlock hidden memories, and resolve their emotional baggage.”  The studio is known for its heartfelt yet witty writing, so it’ll be interesting to see how Double Fine unpacks the story of Psychonauts 2. It certainly seems like it’ll go to unnerving places.

The Psychonauts 2 development studio recently took a strong stance on the accessibility features found in its game. Featuring an invincibility toggle, among a plethora of other accessibility settings, Psychonauts 2 won’t hinder achievement progress for those who choose to play the game assisted. It’s great to see from such a respected development studio, and means that as many people as possible will be able to play the new title.

Last up, there’s something here for the PC crowd. Jeff Bezos is branching out from commercial space travel and into video games, of all industries. Arriving from Amazon Games is New World, an open world MMO that’s looking to shake up the online space in a big way.

Set in the world of Aeternum, you must embark on fantastical quests while surrounded by supernatural powers. Using such powers, and a wide array of weaponry, there’s a real time combat system that supports both PvP and PvE battles. There are no classes in New World, so you’re free to build up your character as uniquely your own.

The New World closed beta is already proving fairly popular among some streamers. Well, that is when they aren’t being banned for the simple act of milking an in-game cow. Also, RTX 3090 graphics card owners beware – the New World Beta appears to have fried several users’ video cards.

Aside from a foray with the third person action game, Crucible, this will be Amazon Games’ first big title release since it was formed. With big hitters like FFXIV on the rise, it’ll have a hard time penetrating the MMO market. If anything, it’ll certainly be interesting to see how it fares. It’s available on Steam for a one time fee with no subscription required.

What new and upcoming game releases are you looking forward to in August 2021? Let us know across our social channels.