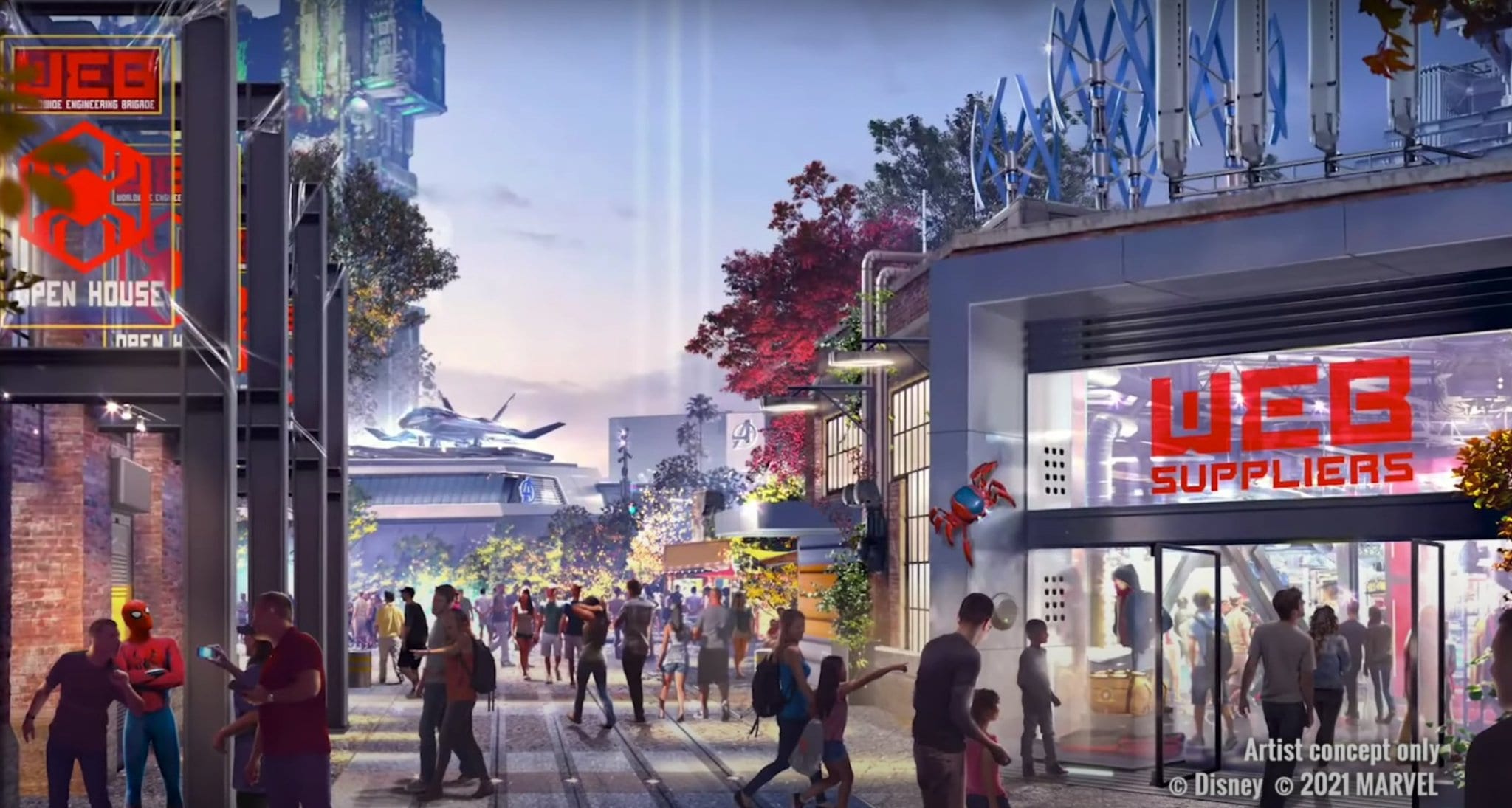 Avengers fans will need to get ready to assemble, as the Disneyland Avengers campus is set to open its doors later in 2021.

The Avengers Campus will include various Marvel-themed attractions like Web Slingers Spider-Man adventure, Guardians of the Galaxy Mission: Breakout, the ruins of a sorcerer’s Sanctum, the Avengers HQ, Pym’s Test Kitchen, the WEB Suppliers, and the Collector’s Warehouse [via TheGamer].

In a statement regarding how Disneyland intents to cope during the ongoing pandemic, Disney Parks Chairman Josh D’amiro assured the following:

“We are in a new normal right now, so what’s happening outside of the gates of Walt Disney World is our new world. I think you know we were one of the first theme parks to close, and we’ll be about the last to open. And we spent every minute of every day thinking about how to operate in this new normal that we’re in.”

The park’s new Marvel attraction is sure to give fans a reason to visit the resort, despite the pandemic.

The attraction is to feature the likes of Iron Man, Captain America,  Black Widow and even Spider-Man, who technically belongs to Sony. Executive Creative Director Dan Fields described the attraction as the “largest assembly of these heroes anyplace, anytime, anywhere”.

Sadly we don’t have an exact opening date. Disney theme parks are expected to open this spring, but the Avengers Campus won’t be coming until later on in the year. Still, it’s something to look forward to!

The Avengers Campus isn’t the only themed attraction coming this year. Super Nintendo World is set to open in Japan today, 10th March 2021. Nintendo’s debut park is set to feature various attractions based on its legacy of games.

The park is part of Universal Studios Japan, so you’ll need to do a bit of travelling if you want to visit the Mushroom Kingdom. That being said, if you can wait until 2025, Super Nintendo World is coming to Universal’s Florida resort.

The future is looking a little brighter for theme parks. I can’t think of a better way to mark Disneylands reopening than giving it a touch of Marvel magic.