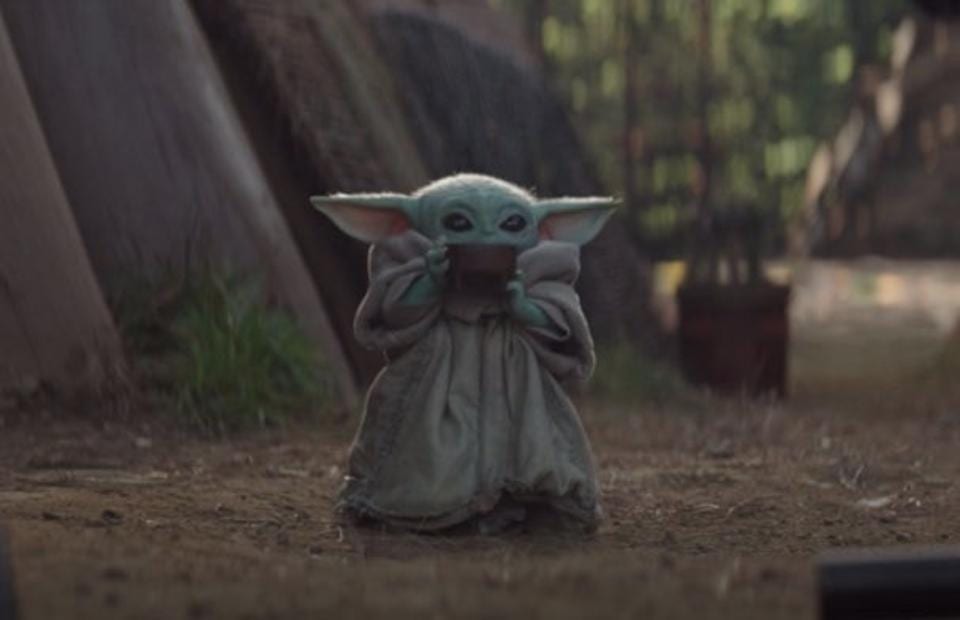 Baby Yoda is, without a doubt, the shining star of Jon Favreau’s The Mandalorian, and he could be set to get his own show. This cute critter took the world by storm following his debut in the show’s premiere and has arguably outshined Pedro Pascal’s titular Mando.

As we prepare for The Mandalorian‘s Season 2 debut in October, it makes sense that the House of Mouse is looking at its most profitable exports. Alongside The Mandalorian and upcoming shows for Obi-Wan and Rogue One‘s Cassian Andor, Baby Yoda could get his own time to shine on Disney+.

According to Variety, Disney CEO Bob Iger made a cryptic comment about The Mandalorian during the company’s quarterly investment call. Iger mused, “The possibility of infusing [‘The Mandalorian’] with more characters and taking those characters in their own direction in terms of series.”

It’s definitely a smart idea when considering how the Marvel Cinematic Universe built out from Phase 1 movies like Iron Man, Captain American, and Thor to form The Avengers.

There are plenty of stories to tell from the world of Star Wars, and with Baby Yoda’s fan-favourite status, he’s definitely got the chops to carry his own series.

Ironically, the whole backstory of Yoda and his kind is one of the biggest mysteries of the franchise. Stretching back to Star Wars: The Empire Strikes Back in 1980, George Lucas introduced Yoda, but never bothered to name his species.

As the movies continued, the only other ‘Yoda’ we’ve seen was a blink-and-you’ll-miss-it appearance of the female Yaddle in Star Wars: The Phantom Menace. Baby Yoda delivered a twist for the ages and added another layer to the whole idea of Yoda.

While a Baby Yoda series is sure to be a hit, Iger’s comments also raise questions on who else we’d like to see hogging the limelight. Giancarlo Esposito’s Moff Gideon clearly has a shady past, Gina Carano’s Cara Dune was another hit, and fans would undoubtedly like to know more about the mysterious Armorer from Season 1. Either way, The Mandalorian is sure to flesh out the various character arcs in Season 2.

News of potential spin-offs comes alongside Iger promising The Mandalorian is getting a third season. Get ready for plenty more of Din Djarin and his cuddly travelling companion as The Mandalorian continues to prove Star Wars TV shows aren’t just the singing wookiees and bizarre Boba Fett appearances of The Star Wars Holiday Special.