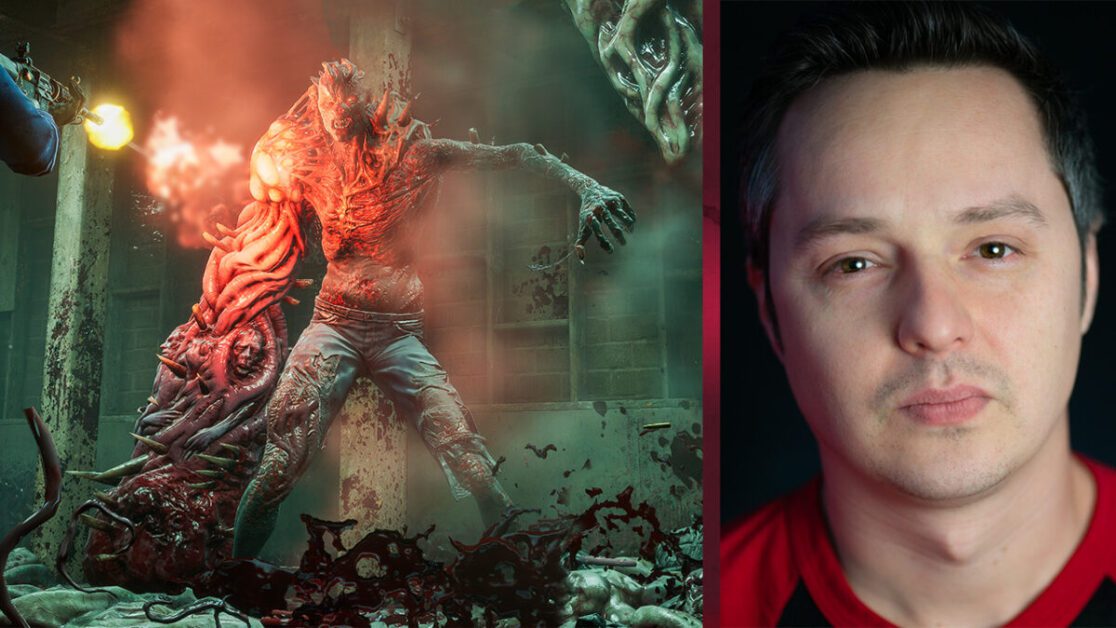 With a frenetic gameplay loop and familiar horror theme, Turtle Rock Studios’ Back 4 Blood looks like it’s gearing up to be one of this year’s best shooters. With a beta available from this week until mid-August, the GameByte team was able to have an early look at some of the game’s opening missions.

Anyone who’s been following the pre-release news cycle of Back 4 Blood will have picked up on the obvious comparisons to Left 4 Dead, the zombie FPS Turtle Rock developed under Valve back in 2008. With that series still reaching an average of 25,000 players each day, there’s no doubt that demand for an updated spiritual successor has been at the forefront of many players’ minds.

The California-based developer, however, hopes that players will judge this new title on its own merits rather than holding to standards set by its popular predecessor. ‘We really set out to make our own game. There are similarities, sure, but we started with an idea and it evolved over time. What it started out as and what it ended up as aren’t really the same.’

As with every game, a large amount of how these changes occurred during development came from feedback during playtesting. In addition to a dedicated QA testing team, other developers at Turtle Rock also make sure to play every day to ensure the systems and features they’ve designed work fluidly together.

With the exception of a few experimental VR titles, Turtle Rock Studio’s last major release was 2015’s Evolve, a game that was liked on release but quickly grew to be controversial due to repetitive structure that caused players to lose interest over time. It had also included a rather aggressive approach to DLC and microtransactions, with several dozen paid content packs available on launch day.

This controversy stuck with the game throughout the rest of its post-launch development cycle, including a switch to a Free To Play model, before support ended in 2016.

‘We love big monsters, so we brought over big monsters from Evolve into Back 4 Blood because we love them,’ Yanez told us. ‘You’ll see with the Ogre and the Tallboy, they feel like we pulled them directly out of our previous game.’

‘Evolve taught us a lot. It taught us more on how to approach co-op and how to approach PvP [player-versus-player]. It was the first progression system that we’d ever developed too, so we learned a lot of Do’s and Dont’s with that too. Our AI, and how we build the AI, were also direct learnings from Evolve.’

Keen not to repeat the same mistakes of Evolve, Turtle Rock went back to the drawing board when it came to designing Back 4 Blood’s progression system. While Left 4 Dead had never included such a system, the team decided it was appropriate to include one in this new title to keep up with modern trends.

It eventually decided on a cards system, similar to a deckbuilder, where you activate cards that contain different effects which change how your campaign run plays. This includes passive effects such as being able to reload your gun faster or having more stamina, as well as active abilities such as being able to instantly revive a character.

‘We wanted players to be able to change their playstyle and their world themselves, and not just having the Game Director randomise their loot or the AI. That was the incubation idea of asking how can we get players to change this themselves. They weren’t cards originally, but as we built on it the card concept was easy to understand so that’s what it became.’

‘We loved testing different ideas. Using the cards to come up with different playstyles, how this card could counter the Game Director or another player and so on. And sometimes it wasn’t even for practical uses but we love cards that are just fun.’

One of our favourite moments during the hands-on session came at a point where we found an overturned truck that had spilled hundreds of squeaky toys down a hill. Running over these items produced a funny sound effect that gave the situation a much needed moment of comedy.

‘We threw some boxes down, and then one of the level designers suggested it should be squeaky toys spilling down the side of the mountain. Then our audio lead was like “I’m going to make them squeak when you walk on them.” I love those squeaky things, there’s a lot of cool things like that in the game. It’s kind of a brutal world so we like to sprinkle some fun things in there to give it a bit of levity.’

‘Dark action with a lot of levity is our sweet spot for the narrative,’ Yanez continues to talk about the tone of Back 4 Blood’s setting. ‘If it’s always grim then it’s going to be hard to live in that world for long periods of time. But if you have fun characters that say fun stuff and you get to feel the badassery of being a Cleaner wiping out a tonne of Ridden, it gives it a lot more longevity.’

In order to appeal to a large range of players, accessibility was also a large focus for Turtle Rock to get right. The beta already greets you with a text-to-speech interface when you first launch it, allowing you to tweak and adjust all the accessibility features before you’ve even hit the main menu. Some of these features also include colourblind options, a speech-to-text program for voice chat, and the ability to adjust other areas of the HUD to increase or decrease visibility.

As for gameplay, Yanez told us about how the game has been optimised to allow many different types of gamers to enjoy it: ‘We have multiple difficulty levels, and with each one we try to target a different group of players. Playtesting allows us to adjust how forgiving or brutal this is that allows us to include more players. This is for everybody, so we try to get a lot of people in to test it and make sure they have fun with it.’

‘When we hear of a new feature that can help somebody else experience our game, we do our best to try and include it. Even if it’s not perfect at launch, moving forward we want to ensure that everybody can play our products.’

Although it ran a short alpha last year, Back 4 Blood is entering a new beta period from this week. Players who have pre-ordered or signed up on the website will get early access to it from today, while it’ll be available to the public on August 12th.

‘The team has worked really hard to get to this point. We’re all so excited for players to dig in and tell us what they think. During these betas we watch a lot of streams and we talk with players on forums. It’s the first time we get to engage with our community like that. Hopefully they love it just as much as we love it.’

We’ll definitely be diving in for some more Back 4 Blood once the beta opens for all. You can check out our full impressions of the beta here, including our thoughts on the Versus Mode that pits a team of Cleaners against a team of Ridden.

Will you be checking out Back 4 Blood’s open beta? Let us know across our social channels!