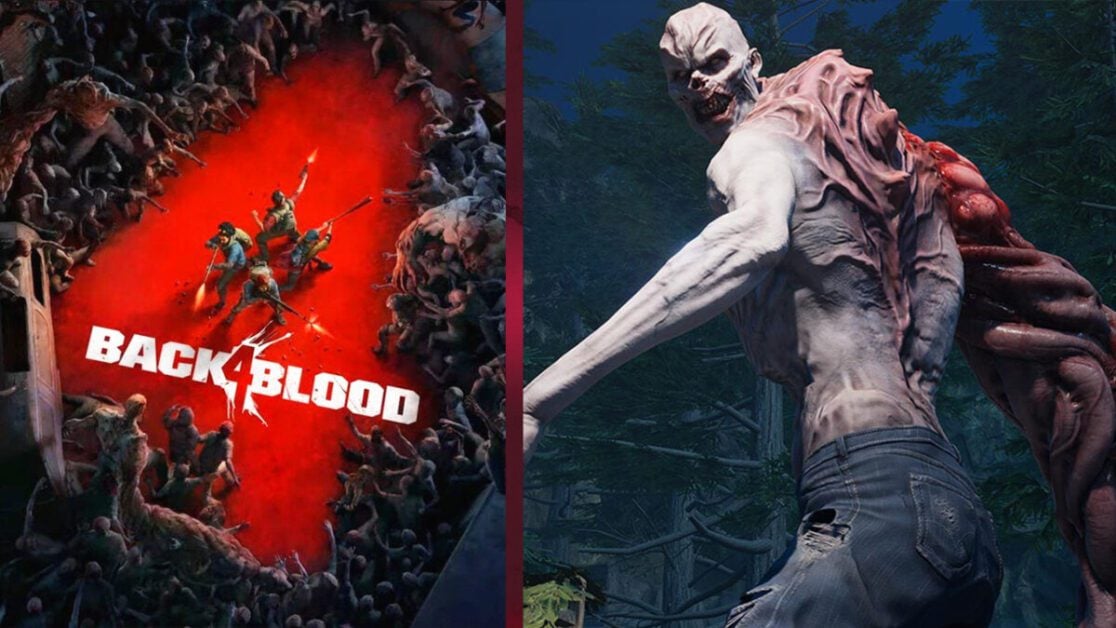 Following in the absurdly large footsteps of Left 4 Dead, Turtle Rock Studios is Back 4 Blood with a new intense zombie shooter. Fit to burst with gore, this modern take on the four-player co-op shooter looks to recapture the relentless fun of the Valve classic while also bringing some new ideas to the table that set it apart.

In a recent preview, we got to try both the campaign and versus modes ahead of the upcoming beta that launches this week. With an extended look at the game’s first act and a hands-on with PvP [player-versus-player], here’s what you need to know before you lock and load.

If you’ve been following Back 4 Blood since its alpha last year, then the campaign section will be familiar to you. It follows the same structure as Left 4 Dead, with linear A-to-B stages bookended by safe rooms you need to reach. At the beginning of each chapter, there’s time for you to select your weapons and spend currency on upgrades and equipment.

Back 4 Blood’s arsenal is vast, with weapons stretching across all of the usual class culprits. What surprised me is how satisfying the gunplay feels. Triggers feel responsive and there’s good damage feedback when hitting enemies. Location-based damage, such as tearing into limbs or popping off a headshot, feeds back into the hit markers, while damage numbers fly off in all directions.

As for the crunchy sound design, it’s reminiscent of the satisfying punch the Sniper Elite games featured. You don’t get to see bullets in slow-mo, but you’ll certainly appreciate the gore spawned in their wake.

Limited ammo keeps you on your toes as you scramble to find new weapons that you’re capable of using. It was refreshing to switch between LMGs, Snipers, SMGs, and melee weapons on the regular. Ammo can be dropped by teammates too, so it’s important to maintain tight communication when in a pinch.

Pick a card, any card

At the heart of the campaign is a cards system that aims to make each stages as replayable as possible. Each character has their own ability card, with additional cards providing gameplay perks fed to you as you play. Before entering the campaign, you create a deck that you’ll use throughout the story, while at the beginning of each stage, you draw a card with effects that alter how the stage plays out.

For example, there are cards that increase your stamina or reduce the reload time. One of my favourites was a card that turned your shove ability into a knife you can stab. This let me mow down enemies with a powerful one-hit attack, which came in very handy when the team got in a bind.

There’s a lot riding on the card system to provide variety here, as one minor criticism we had with the demo was that many of the stages could get repetitive. Each level included a unique visual identifier, such as following gore trails back to a destroyable spore, or defending some machinery while it created a path for us to progress. However, the segments in between left us wanting a little more.

On the other hand Back 4 Blood also brings back the Game Director, a popular feature from Left 4 Dead that monitors your team’s performance and uses that feedback to determine what kind of enemies spawn and which items are available to you.

The hands-on gave us access to the first two campaigns, but Turtle Rock has assured us there are many more. This means it’s likely we’ll encounter many more varied enemies as the game progresses. If you’re an experienced shooter player, it might be advisable to knock the difficulty up a tad to enhance the experience.

Alongside the campaign, you also have the Swarm PvP mode to play in the beta. This reminds us of the L4D’s Versus Survival mode, but Back 4 Blood also does a lot to separate it from its predecessor.

Swarm pits two teams of four against each other. One group is made up of Cleaners (the human survivors) while the other plays as the Ridden (Back 4 Blood’s term for the zombie-like enemies populating its world). After a brief preparation phase for the Cleaners, the Ridden must then command an army of zombies to eliminate their opponents as quickly as possible.

The first half ends once the Cleaners are eliminated. Teams then swap and the new Cleaners must try and stay alive for longer than their opponents. The team that survives the longest ultimately wins.

The card system returns in this mode to provide some tactical variety. Cleaners pick cards just like in the campaign to improve their basic stats and abilities. Ridden, on the other hand, can choose from a set of cards that improve the zombie horde at their command.

As rounds progress, a circle begins to entrap the cleaners in a smaller and smaller area. If you’ve ever played a Battle Royale game, you’ll know how this works. The enclosing circle doesn’t seem to affect the Ridden monsters, so they can continue to use the available map tactically. It’s the Cleaners who’ll have to think on their feet.

Controlling the Ridden monsters is extremely satisfying. Each monster has three active abilities and a passive to learn. For example, the Reeker monster will blow up in a massive explosion of gore upon death, dealing massive damage in a small area. Each monster appeals to a different style of play, so there should be something here that suits your taste.

We found that matches usually lasted between 15 and 30 minutes, depending on how good the teams were. Unfortunately, there does seem to be quite a bit of downtime in between rounds, especially as when playing as the Ridden. That time is spent looking at menus, deciding on which cards to draw, and then waiting for the Cleaners to scavenge.

It’s a complaint that will likely be alleviated while playing and chatting with friends. If anything, it’s a compliment to the gameplay that we were yearning to play more of it rather than look at a menu screen.

Our other worry is that Swarm might not have as much longevity as the Versus mode seen in Left 4 Dead. Unlike the campaign, we didn’t feel too compelled to go back and play much more after a few rounds. At least for now, though, there’s enough content in the beta to demonstrate how a match of Swarm plays out. It’s likely that additional maps and Ridden monsters will elevate the mode to something a little more enticing than we feel it currently is.

When is the beta running?

The Back 4 Blood beta is set to begin early on August 5th at 8PM BST for those who pre-ordered or who signed up on the Turtle Rock Studio site. Those who participated in the alpha last year should have received an automatic invite. Players without an early invite will have to wait a little longer until August 12th to play the open beta. It’ll then run until August 16th.

Included in the beta is the first couple of chapters from the campaign mode, as well as the 4v4 Swarm mode. There are five different cleaners to choose from (-psst- ‘Mom’ is the best) and two competitive maps to get to grips with. All in all, that’s a fair amount of content for a beta and plenty to be getting on with in the short time it’s available for.

Overall though, we’re pretty happy with what the beta has shown us. We like that Back 4 Blood doesn’t shy away from referencing the material that inspired it, while also bringing enough new ideas to the table that it’s not just a Left 4 Dead clone.

Will you be jumping into the Back 4 Blood beta over the next week? Let us know across our social channels.