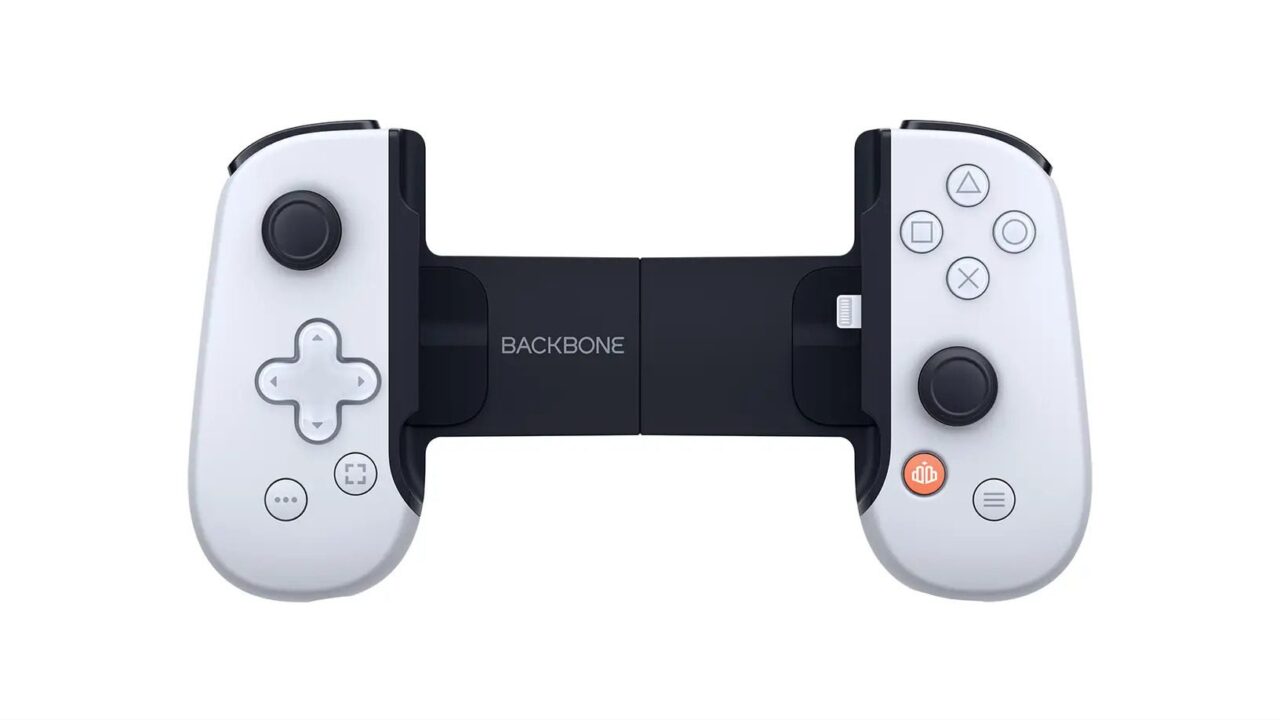 The Backbone One, aptly named by American consumer electronics company Backbone Labs, has been around since 2020 – letting you play console and PC cloud games from iPhones or Android devices. In a new collaboration however, a PlayStation-specific version of the device has been revealed, inspired by the DualSense controller. This is the Backbone One – PlayStation Edition.

Like the base versions of the Backbone One, the PlayStation Edition lets you play games via your chosen platform’s supported remote play mobile apps – like PS Remote Play, Xbox Remote Play, and Steam Link.

The difference with the PlayStation Edition however, is that this new iteration has been designed with the PS5 controller’s aesthetics in mind: from the “elegant colors, materials, and finishes” to “the transparent fact buttons and its its visually distinctive, floating appearance”.

Simply put, it’s the same product we’ve seen before in terms of capabilities, but more fitting as a way to enjoy PlayStation games on the go. The most important difference would be the change from the Backbone One’s standard Xbox-style buttons; A, B, Y, and X; to that of the Sony controller’s, making it less confusing for players who would normally need time getting used to an alternative layout.

Writing the Backbone – PlayStation Edition’s announcement on the PlayStation Blog, Backbone CEO Mannet Khaira, goes into a bit more detail – highlighting the benefits the device can bring to the players’ experience.

Backbone One is the gaming essential for PlayStation on iPhone. If you have access to broadband internet and a PS5 or PS4 console, plug an iPhone into the Backbone One and instantly start playing your PS5 and PS4 games with the power of the PS Remote Play app—whether that’s out and about or even elsewhere in the home.

Backbone One also works wonderfully with App Store games and other game streaming services that support controllers, including Genshin Impact, Fantasian, Call of Duty: Mobile, and more. Players can download the Backbone App for a customized PlayStation experience. Inside the app, you’ll see various PlayStation integrations, such as custom glyphs representing the iconic PlayStation shapes and the ability to browse hundreds of game titles.

There appears to be no release date yet, but the new iPhone controller will be available in the US, Canada, Mexico, Australia, New Zealand, Germany, France, Italy, Spain, Sweden, Netherlands, and the UK, with more countries to follow post-launch/

What do you think of the Backbone One – PlayStation Edition? Would you pick up one for yourself? Let us know across our socials!