PUBG fans have discovered something pretty sad about the game, and it looks like it’s going to need a lot of work to fix…
Players have been working to find out just how weapon recoil works in the game, and they’ve found that the frame rate has a direct affect on the recoil of certain weapons.

YouTuber WackyJack101 uploaded a video that shows just how capping the game at 30 FPS will give you more controllable weapon recoil for a few of the game’s weapons.

According to his tests, the M249 becomes a much better choice at the lower refresh rate, whereas the AKM doesn’t show much of a change. It’s been found that limiting your frame rate will also have a direct affect on the rate-of-fire for some of the weapons, lowering the speed of fire but improving your accuracy.

Check out one of WackyJack’s videos on the matter below: 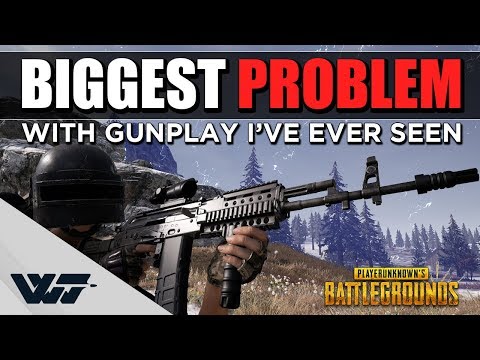 In the video description WackyJack links to a Reddit post by MutuTutu which disputes some of the video’s claims, saying: “Most of you have probably already seen WackyJacky’s video about recoil and FPS…

“He correctly found out that changing your FPS will affect your Fire Rate which will then change your recoil (slower fire rate -> more time to rest -> less recoil).

“But he has actually drawn the wrong conclusion, due to picking very similar numbers (30, 60, max), he believed low fps means low fire rate, which might work as a rule of thumb but what actually matters is how well your FPS synchronize with your Fire Rate.

“That is the reason why he found nothing for the AK, since it shoots 10 times a second which perfectly syncs up with 30 fps and 60 fps.”

Wow so frame rate affects how weapons handle and do damage in #PUBG no wonder when I played it felt like I was using a Spud gun.