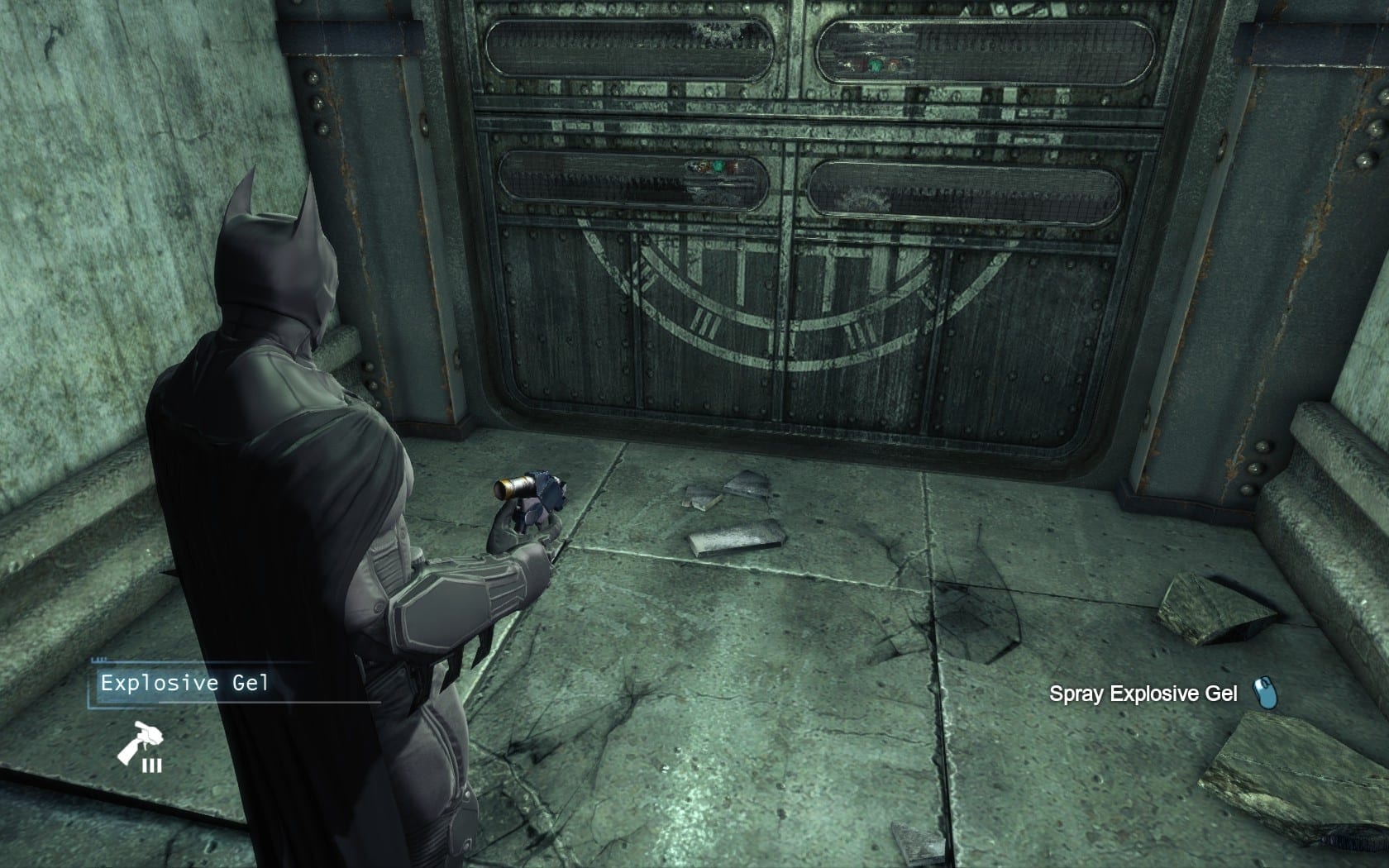 The Batman Arkham games are in a league of their own and the beloved series just got even better thanks to a confirmed Easter egg from WB Games.

Warner Bros. Games’ official Twitter account for the UK and Ireland recently revealed a little-known tidbit about one of the game series’ most iconic items: the explosive gel.

According to the social media team behind the account, the pssschhhttt sound created when players would spray the explosive gel onto a surface wasn’t the work of some fancy pants machinery or some clever human sound – it was in fact a can of whipped cream.

“The sound that you hear when spraying explosive on a wall in the Batman Arkham series is actually the sound of whipped cream coming out of a can. Mmmm, tasty…” the account tweeted.

Well, if it works, it works! Did you notice the familiar sound when playing through the Batman Arkham games?

Game studios have been known to get creative when it comes to achieving the right sound effects for their games. Last year it was revealed that some of the alien sound effects for Halo Infinite were achieved by none other than a pug.

Gyoza the Pug was introduced to fans on Halo’s official Instagram account in 2019, and she looks like a very good girl. In fact she’s such a good girl, that she’s helped out the studio by suppling grunts and huffing and puffing noises to make the aliens sound a bit more interesting.

Writing on their social media in August, Halo captioned the post: “Meet our favorite pug, Gyoza. The best friend of our studio’s Technical Art Director, his grunts, breaths, and excitement are sure to make for some… interesting sounds in #HaloInfinite.”

[Note that when we originally covered this story, a Halo dev confirmed to us that Gyoza is in fact female].

Check out the paw-some actor in the clip below!

Meet our favorite pug, Gyoza. ?? The best friend of our studio's Technical Art Director, his grunts, breaths, and excitement are sure to make for some… interesting sounds in #HaloInfinite. #halo #xbox #343industries #sounddesign #sounddesignsaturday #fieldrecording #pug #pugs #pugsofinstagram

Halo Infinite Multiplayer Guides – Everything You Need To Know

Halo Infinite Equipment Guide: How To Use Every Piece Of Equipment

GameByte Preview: A Sneak Peek At The Horror Of ‘In Sound Mind’