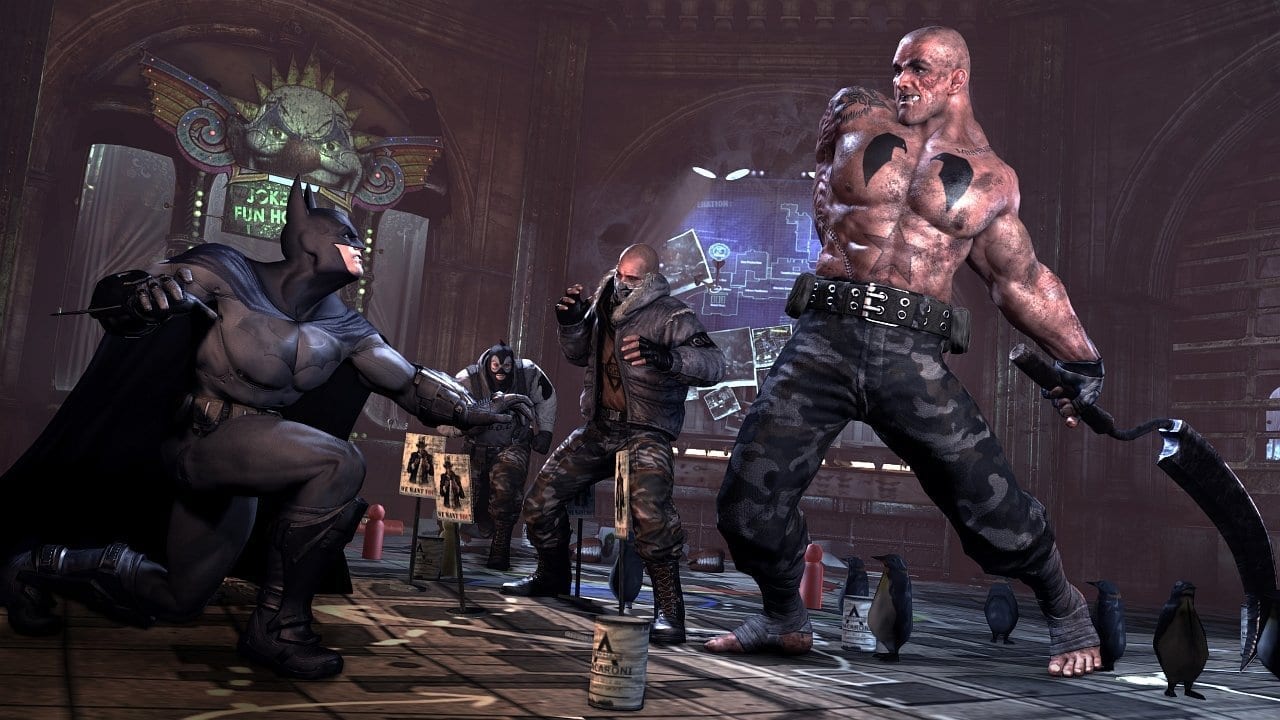 Back in the 80’s/90’s, I was a huge Batman fan and still am today. Whether it was on the Spectrum, Commodore, Master System or Megadrive, I simply couldn’t get enough of these awesome games, but were they really that awesome? Looking back, I believe it was a case of settling for what was available and the standard was very low, but something changed in the 2000’s as we got some fantastic Batman games (finally). So in this subjective list, I’ve listed my favourite Batman games of all-time. Naturally some titles have missed this list, so sound out your favourites in the comments.

I believe this was the start of the great Batman games that were to come. Based upon the movie of the same name, it not only added some context to the story of the movie, but it also had an interesting intimidation gameplay mechanic where players would interact with aspects of the environment and Batman’s gadgets to scare the bad guys witless before swooping in to battle. Sure, this game had its fair share of flaws, but I remember being genuinely surprised with how much I enjoyed it and for me at least, this was the beginning of the quality Batman games that were to follow. 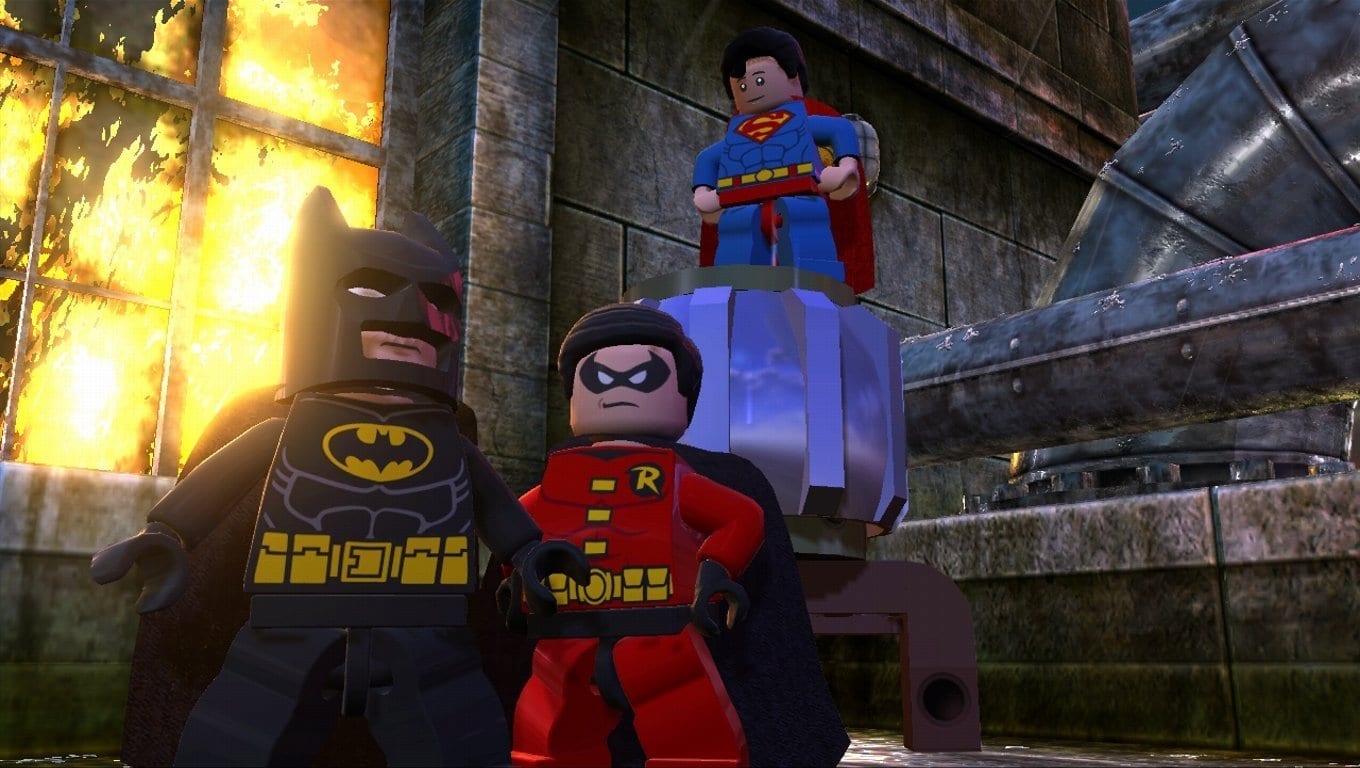 While I enjoyed the first Lego Batman video game (and the 3rd), in my opinion it was Lego Batman 2: DC Super Heroes where this series upped its game. The classic tale of Batman vs. Joker in the heart of an open-world Gotham City, with a wide array of DC’s finest heroes and villains, all packaged up with developers Travellers Tales signature humour, this game re-sparked my love for the Lego gaming franchise following the Star Wars series and it’s a game that I still re-visit from time to time with my son. 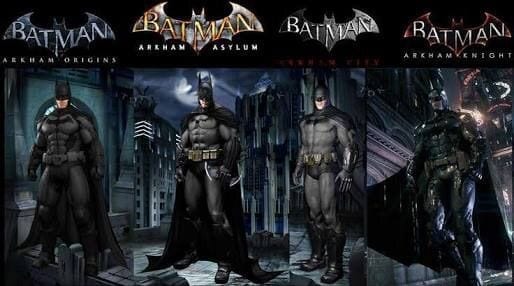 I’ve gone back and forth trying to decide which Batman Arkham game I prefer and seeing as I’d probably have a different answer on any given day, I just decided to include Arkham Asylum, Arkham City, Arkham Knight and yes, Arkham Origins. Developed by Rocksteady Studios, when Arkham Asylum released in 2009, I thought nothing of it, but having a love for the Batman franchise, I gave it a go and boy, was it good. With the game kicking off with Bats taking the Joker into Arkham Asylum, this set the tone for what would be the Joker’s plan all along to seize control of Arkham Asylum by unleashing the Titan venom, not only in the Asylum, but also Gotham and Arkham City.

Arkham Asylum would then spark the release of Arkham City in 2011, introducing a big open-world city to explore and glide through, even more heroes and villains with Hugo Strange and the Joker at the centre of it all, with one hell of a cliff-hanger ending that even had Batman questioning his strict code of morals. 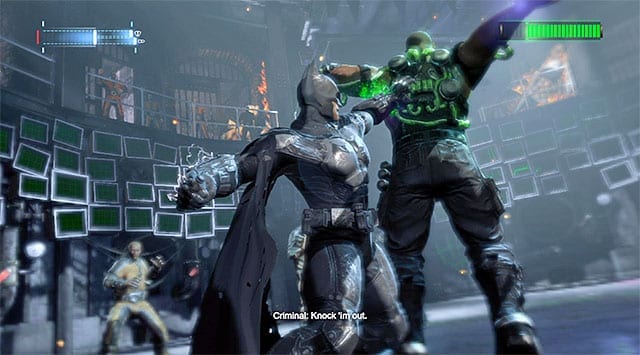 Then in 2013 we had Arkham Origins developed by WB Games Montreal. While this game had more bugs then it should (and I experienced a bad one), and having a tapped on multiplayer component, this origins tale showed a young Batman/Bruce Wayne in his early days as the capped crusader being introduced to his most iconic nemesis, The Joker. It also had some cool moments with Deathstroke and quite a funny segment with the Electrocutioner. While for me, this is the weakest of the bunch, I still think it’s a shame that Arkham Origins wasn’t included in the recent Return to Arkham remaster collection and perhaps deserves a little more love then what it’s gotten. 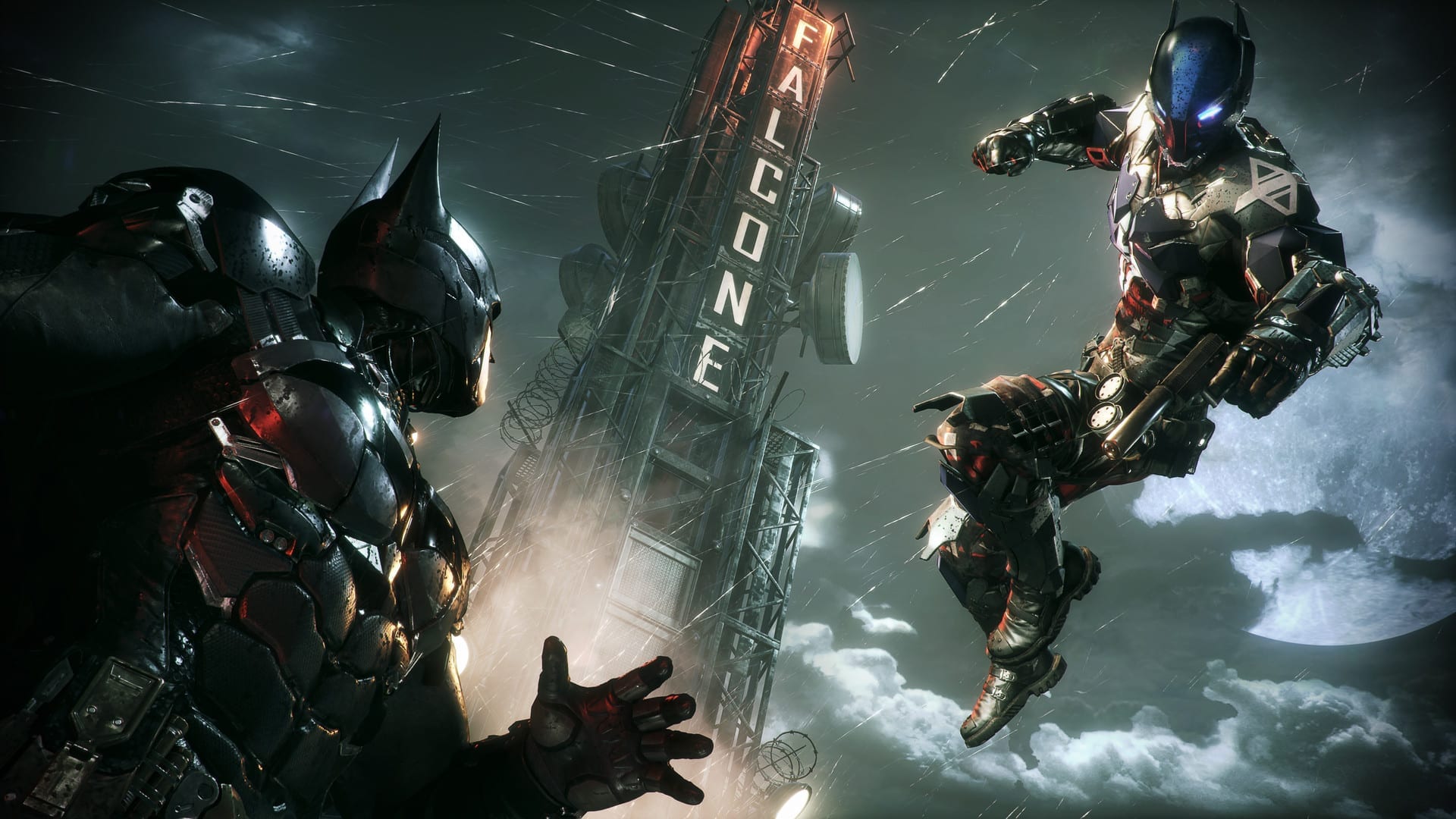 Finally in this Arkham bulkage, we have 2015’s Arkham Knight. Thankfully due to being a lowly peasant, I was never able to play the PC version of this game, which is a good thing all things considered. However, playing on the PS4, I absolutely loved this game. Even more fluid combat, sublime visuals, an even bigger city to explore with the iconic Gotham City, meaningful side-stories and characters, and plot twists that would even tie a knot in the most lavish of tongues. Ok, even though we could finally drive the Batman mobile, that aspect should have been so much better, but all things considered, Batman: Arkham Knight was a great way to end Rocksteady’s trilogy. Oh as a side-note, if you haven’t already, also consider checking out Batman: Arkham Origins Blackgate, as it’s a decent 2.5 game which adds some worthy back-story. 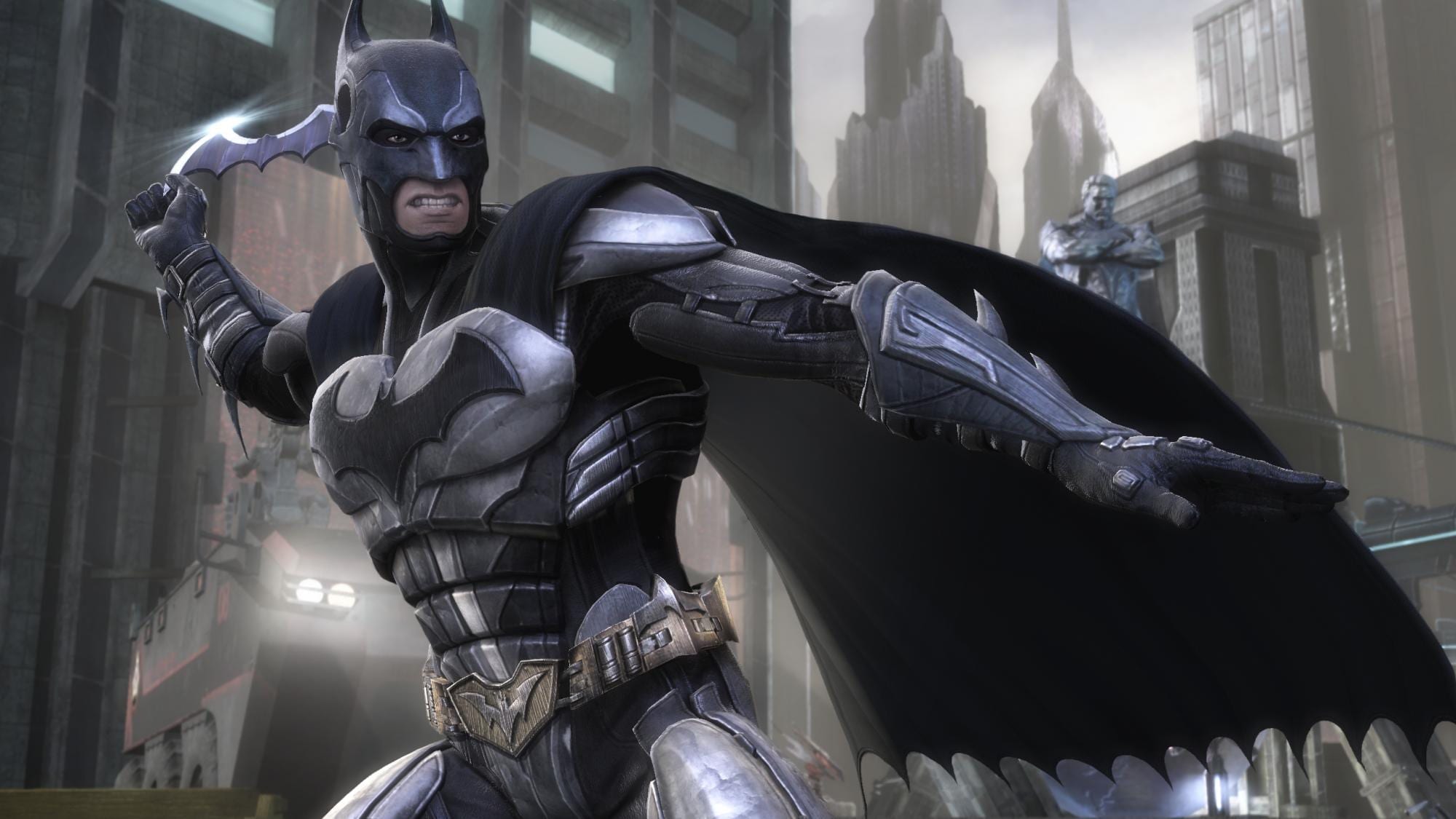 From the creators of the iconic Mortal Kombat series NetherRealm Studios, led by Ed Boon, the Injustice series offers the level of gameplay you’d come to expect from the talented studio, interactive levels and a storyline that wouldn’t look out of place as a Hollywood blockbuster. In fact, some might say that the storylines in both Injustice: Gods Among Us and Injustice 2 is far greater then what we’ve seen at the cinemas. 2013’s Injustice: Gods Among Us set the tone setting up a tale of a broken Superman following the death of his wife Lois Lane at the hands of the Joker, hell-bent on destruction and disposing of anyone that get’s in his way, and that includes Batman and his companions. Even those in an alternative universe weren’t safe from the clutches of the Man of Steel. 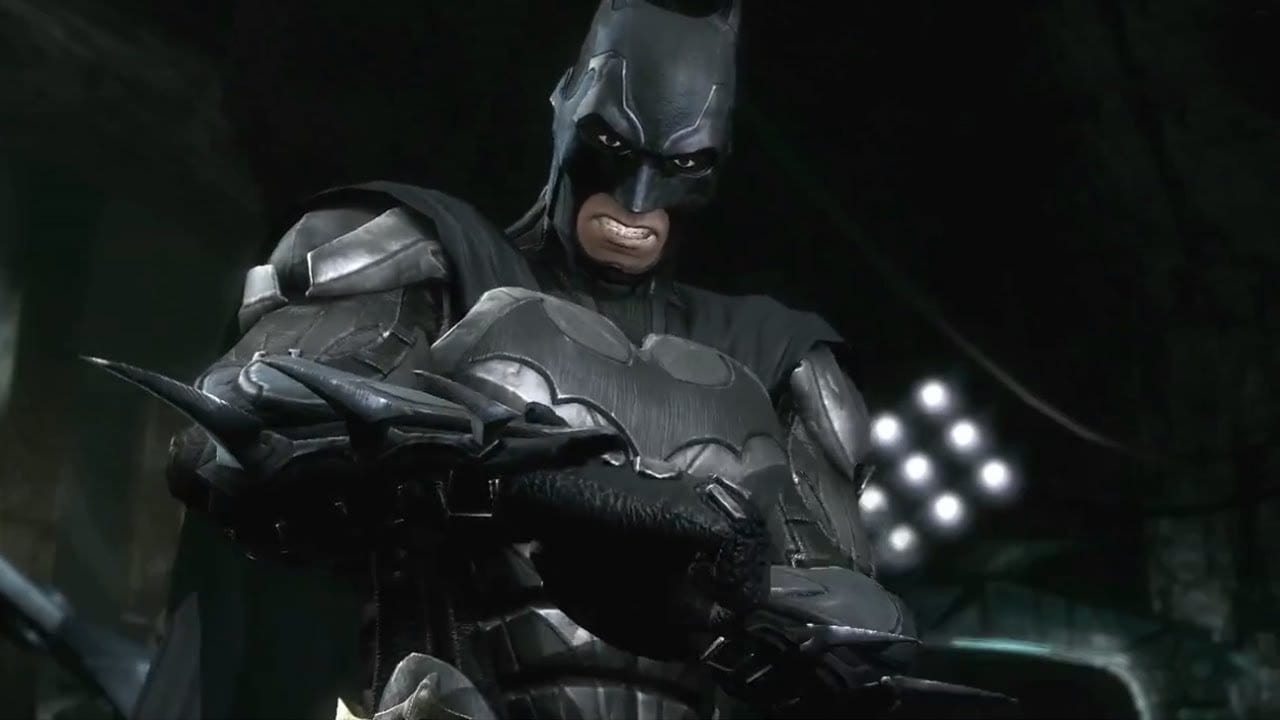 Following on from Gods Among Us, in 2017, the gameplay, graphics, visuals and storyline (with one bad ass alternative ending) took the series up a notch with Injustice 2. The sequel also introduced a fantastic level of customisation with the Gear System offering players a chance to make their favourite heroes and villains not only look unique, but also altering some of their move-sets. 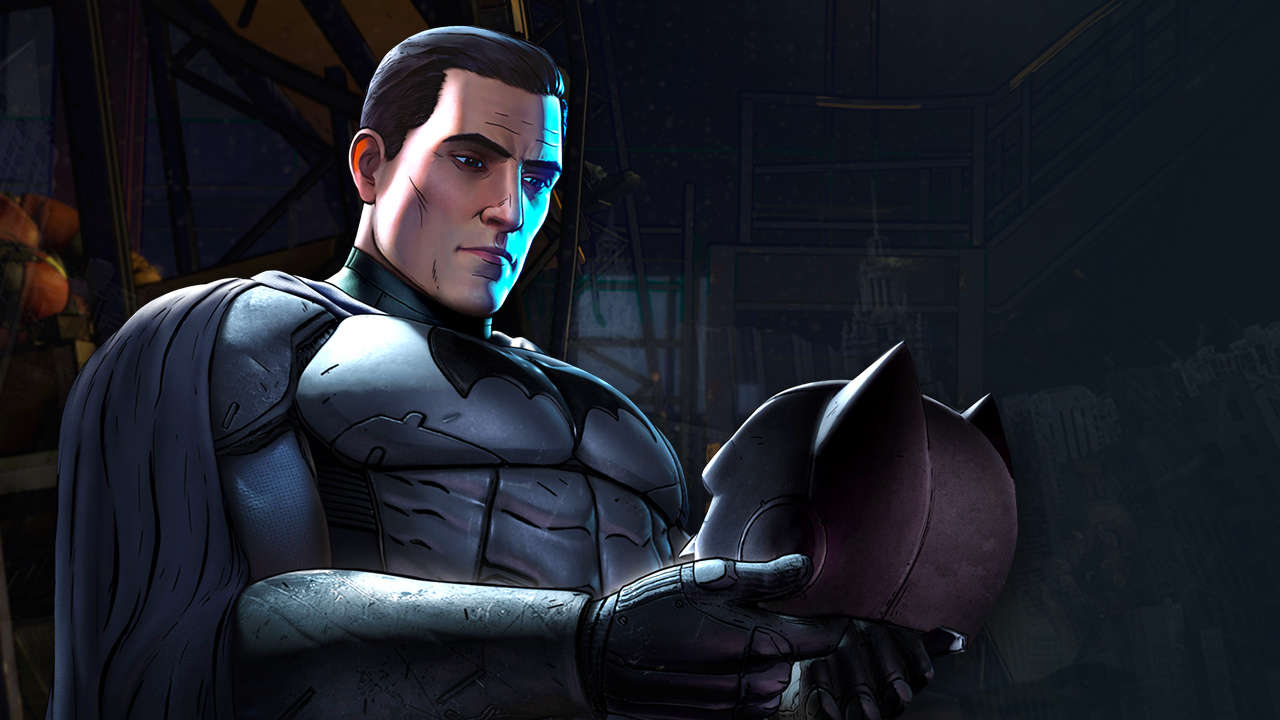 Even though they had dabbled in franchises prior, developers Telltales Games arguably shot to fame with their adaptation of The Walking Dead series, offering player choice and a story tailored by your decisions, this ‘Choose Your Own Adventure’ type series was a more then worthy alternative to the graphic novels and TV series’. So when Telltale Games got in on the DC Batman license, it offered players a unique opportunity to not only don the cowl, but also live the life of the billionaire Playboy Bruce Wayne. Decisions you make, whether they were as Batman or Bruce, could have massive repercussions on the lives on the alter-egos, arguably having more weight to your choices than any other series from Telltale yet. Batman: The Telltale Series is now into its second season and if you’ve not checked it out yet, what are you waiting for?