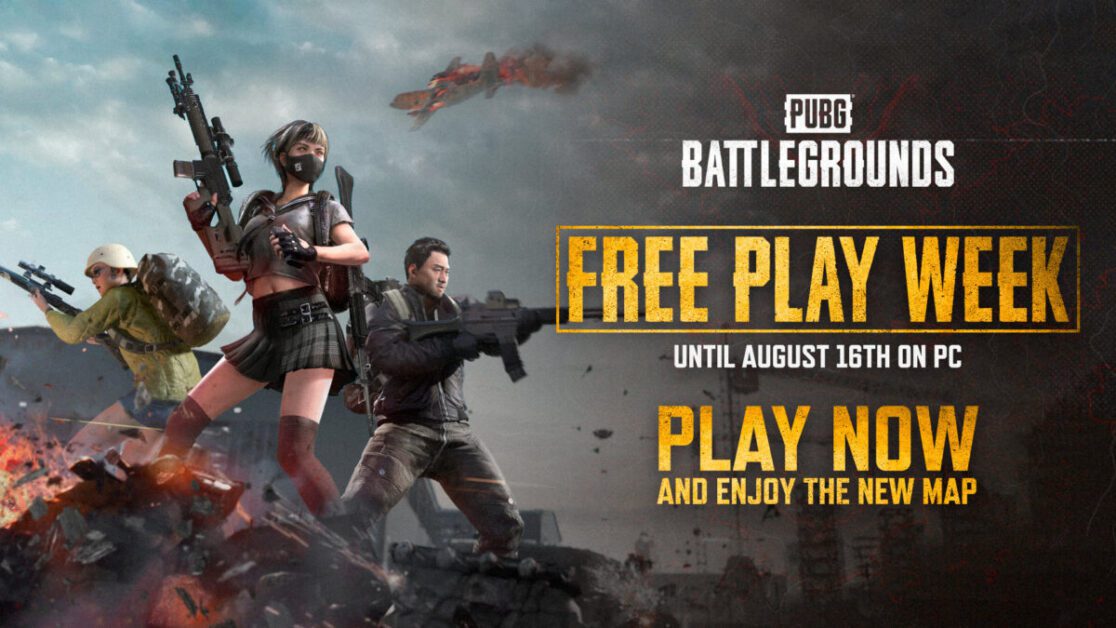 Popular battle royale game PUBG is free-to-play for a whole week. So now is the perfect time to find out if PUBG is for you.

Since it was released in 2017, PlayerUnknown’s Battlegrounds (better known as PUBG) has been one of the most popular multiplayer battle royale games in the market. In recent times, however, PUBG has had stiff competition from the likes of Fortnite, Apex Legends, and Call of Duty: Warzone.

Yet, unlike most of its competitors in the battle royale genre, PUBG requires you to purchase the game for entry. Though that is not the case for PUBG mobile.

So, in an attempt to get those online player numbers up, PlayerUnknown’s Battlegrounds will be free-to-play for the next week on PC via Steam.

When is PUBG free-to-play?

The PUBG free-to-play week started today on August 11th and will end on Monday, August 16th. During which time, the full game will be available at no cost on PC.

Which modes will be available during the free week?

Players will have access to all maps including the recently released 8×8 South Korea-set map, Taego. Other maps include Erangel, Miramar, Sanhok, Vikendi, and Karakin.

You will also have access to Zombie Survival, the Blackpink x PUBG Battlegrounds collaboration, as well as the Survivor Pass: Taego (basically a battle pass to unlock items as you level up), and the Global Account Event.

Will your progress carry over if you buy the game?

Yes, your progress will carry over should you decide to buy the game once the free-to-play period has ended.

Is PUBG free-to-play on PlayStation and Xbox?

At the time of writing, no. The current free-to-play week is only available for PC Steam.

Will you be taking part in PUBGs free-to-play week? Let us know across our social media channels.