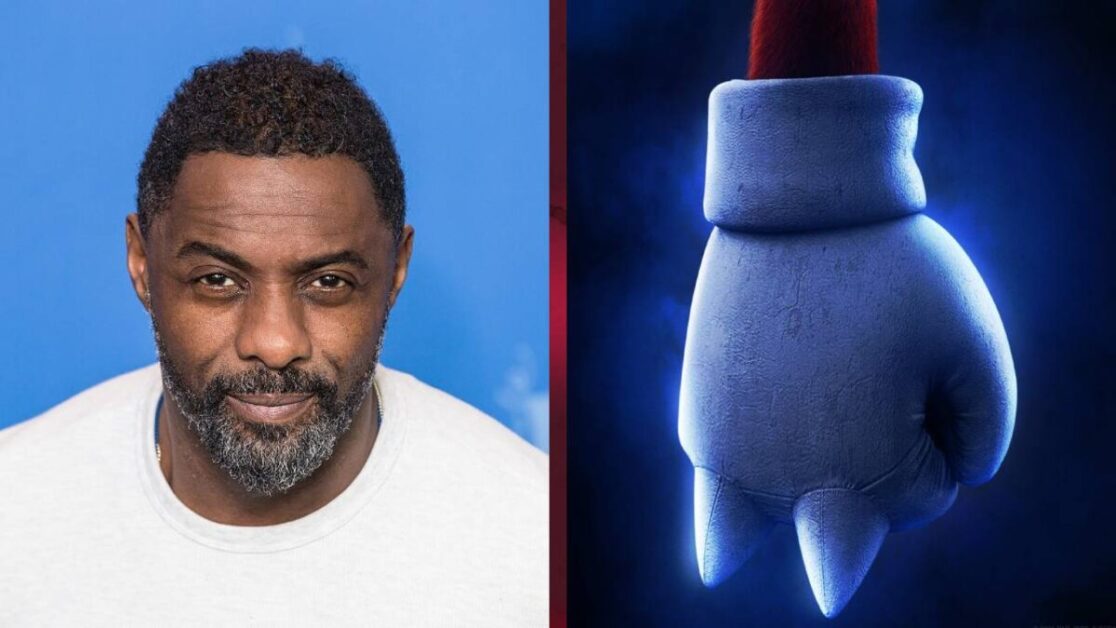 Idris Elba has subtly revealed that he will be voicing Knuckles the Echidna in the upcoming Sonic the Hedgehog movie sequel.

In a recent Twitter post, Elba posted an image of the character’s iconic spiked knuckles alongside the tagline “Knock, knock...”. The spiny ant-eaters presence in the live-action flick was confirmed earlier this year after eagle-eyed fans spotted a character model on set. However, now we finally know who’ll be bringing Sonic’s anti-hero companion to life. I mean, personally, I can’t think of a better fit!

Who is Knuckles the Echidna?

So, let’s pretend for a second that you’re not a die-hard Sonic fan and explain who Knuckles actually is. Making his debut back in 1994, Knuckles was originally part of Robobtik’s mean team. However, after discovering the Eggman tricked him in Sonic & Knuckles, the red echidna switches sides to help Sonic retrieve the Master Emerald. Since then, Knuckles has been a faithful companion to Sonic, alongside Tails and other anthropomorphic allies. Like, you know, Rouge the Bat? In fact, let’s not get into that.

The new Sonic movie’s plot hasn’t been revealed yet. However, its premise will likely be very similar to Sonic’s third outing on the Mega Drive. Whether or not that means Knuckles will initially be an antagonist remains to be seen. Luckily, Sonic will also be accompanied by his friends James Marsden and Tika Sumpter and Tails, who was voiced in the last film by Colleen O’Shaughnessey. Jim Carrey is also set to return as Sonic’s nemesis, Doctor Robotnik and Adam Pally as Marsden’s cop colleague, Wade Whipple.

Do you think Idris Elba is a good fit for Knuckles? Join the conversation on our social media channels. Oh, and as for Elba’s teaser image, is it just me, or did we just get blessed with an upgraded version of the Arthur’s fist meme?