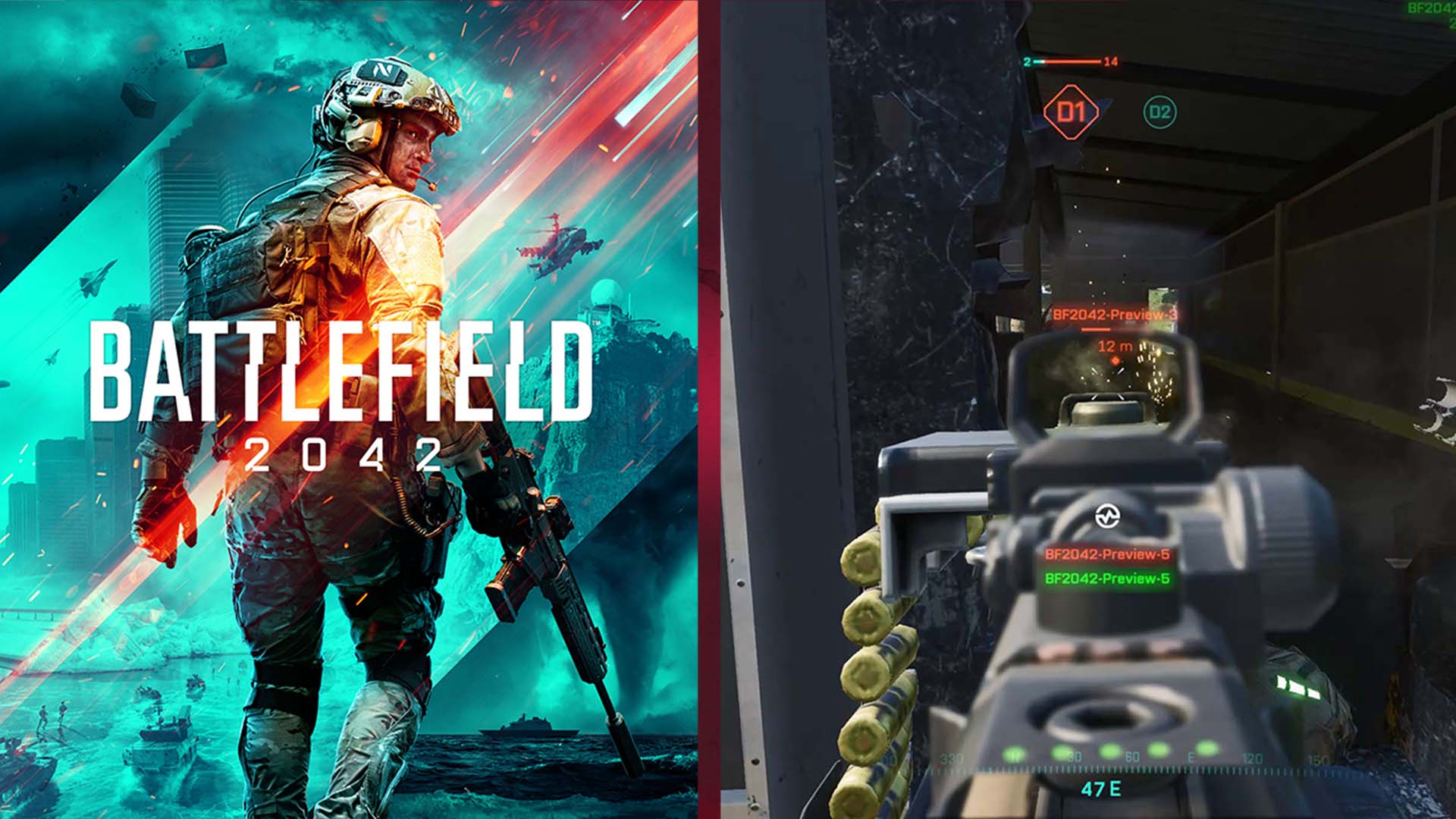 Starting from today, Battlefield fans around the world will finally be able to get their hands on the Beta for the upcoming release, Battlefield 2042. After a last-minute delay, fans might have been a little wary about the state of this new game’s development. While the game quite clearly has a long way to go, the underlying concept does look promising.

Let’s look at a brief overview of what’s available to players in the beta. It’s pretty simple to get to grips with – there’s just the one map and gamemode on offer this time around. Veteran players will be very familiar with the gamemode, too. It’s Conquest – the classic tried and tested mode that sees soldiers capturing and holding capture points to score. If you need a recap on how Conquest has changed and how the scoring system works, we’ve got you covered over on FragHero.

The map you’ll be playing on is Orbital. You might recognise it from the trailers – it’s the one with the massive rocket that can take off during a match. One talented fan recently built the level out of LEGO, too. Set in French Guiana, this orbital rocket station has a bit of a history behind it, which DICE explains: ‘Narratively, America has claimed this launch site and wants to have the ability to launch multiple rockets – [the battle] is mainly about the launch site itself. Russia wants to stop this launch.’

Levolution is back, baby

As part of the evolving map, the rocket can be shot down during its launch phase. This begins towards the end of each round, though like the weather systems is dynamic. Blowing up the rocket results in a massive explosion that totally decimates one of the capture points, changing up the layout in a big way. The rocket can be destroyed by shooting at it shortly after the launch sequence initiates, so keep an eye out for that while playing.

You’ll also spot some of the new weather systems appearing on this map. Watching a tornado career its way towards the map is quite the sight to behold. It changes up gameplay in a huge way, too. You’ll most certainly want to avoid that area of the map, otherwise you risk getting catapulted into the air. The tornado won’t appear in every match, though. In the Battlefield 2042 beta, the chance of it spawning is around 10%, though this frequency has apparently been increased in the launch build of the game.

While a stunningly pretty map, it certainly doesn’t let up on your computer resources. Be warned now, Battlefield 2042 is an incredibly taxing game on your PC system. I’m rocking an i7 6700k and a GTX 1080ti and could just about scrape 50fps on the lowest settings. Of course, this is an early build of the game, meaning that there’s plenty of optimisations still to be made. Game ready drivers from Nvidia also aren’t fully available yet. But if you were on the fence about whether you should go for that PC upgrade, I’d err on the side of yes.

One step forward, two steps back

Turning to the map’s overall design, I have to applaud DICE’s implementation of clustering. This new practice refers to how sectors of the map now require multiple capture points to be owned. It encourages squads to fight harder for a particular area to score points. In practice, this works well. There were times in my 40-minute matches where I rarely saw more than the couple of flags I was fighting to keep. This allowed me to quickly get intimate with the new location, figuring out new flanking routes and peeking angles.

That said, the map does feel particularly empty outside of capture points. These Battlefield maps are some of the largest that the series has ever seen, but I’m not overly convinced that’s a good thing. AI does its job in ensuring that there are always 128-players on the map at all times. However, with the newfound scale, I often found myself running for lengths of time without seeing another soul.

And it’s especially easy to be caught with your pants down while traversing the landscape of Orbital. A lot of the space outside of capture points is wide open with very little decoration for cover. Even inside the rocket assembly building – a huge tower with a flag situated at its peak – the lower floor has massive open spaces that feel unnerving unnatural.

Gunplay is a genuine highlight

It’s a good job, then, that the gunplay of Battlefield feels relatively satisfying to execute. A return to modern weaponry means that we see the return of several classic favourites alongside the new arsenal. Players are afforded one weapon of each class to begin with, but will unlock more as they play more with each weapon category.

The star of the show here is the Plus System. This allows players to customise their weaponry while out on the battlefield, without having to return to a pause menu. It can transform a long range, tap-firing assault rifle into something much more deadly up close. After the lacklustre customisation system of Battlefield V, it’s a welcome breath of fresh air.

Another highlight is how classes are now handled. Players can now equip any weapon alongside any gadget in their class combinations, all under the umbrella of the new Specialists. There’s four to familiarize yourself with in the beta, and we’ve broken them all down in a separate guide on FragHero. You’ll be pleased to hear that they all apply themselves uniquely to the Battlefield. There wasn’t one that I thought was weak, nor did they seem any stronger than each other.

I’m giving the gunplay the benefit of the doubt because our early time with the Beta was hampered due to ongoing server issues. It wasn’t just Facebook that suffered the brunt of Monday’s outages! Combined with a choppy framerate, I did feel that the server netcode was a little more sluggish than normal. However, this is something that I would expect to iron out in a launch build of the game.

That’s a recurring theme with the Battlefield 2042 Beta. DICE Community Manager Adam Freeman clarified that this version of the game is a branch that’s several months old now. Known issues that will appear this week have already been fixed in the build that the development team playtest daily at the studio.

For example, one known issue is that enemy visibility is quite low. Especially at range, it can be very tricky to pick out enemies amongst the underbrush. To combat this, DICE has implemented per-character lighting so that enemies are easier to pick out. However, that change is nowhere to be seen in the Beta build that everyone will be playing this week.

Additionally, players will be quick to notice that the UI is far from a completed state. Menus are filled with buttons that either don’t work or don’t function as intended. As far as I could tell, there’s not yet a way to customise weapon attachments outside of the Plus System. As we near that November release date, these are features and bugs that most would expect to be ironed out by now. Nevertheless, we’re trusting the information that this build is several months old. Hopefully, the launch version of the game is in a better state.

How can you get involved?

The Battlefield 2042 Beta will be open to all players on October 8th at 9am BST. If you’d like to gain early access, you can play the game from October 6th by pre-ordering the game. Alternatively, you can attain early access with an Xbox Game Pass or EA Access subscription.

The servers will close late on Saturday evening, October 9th. DICE affirms that there are no current plans to extend the beta beyond Saturday evening. However, it also encourages players to keep an eye on its social channels for more information during the beta period.

Will you be jumping onto the Battlefield 2042 Beta this week? Let us know what you think of it across our social channels!