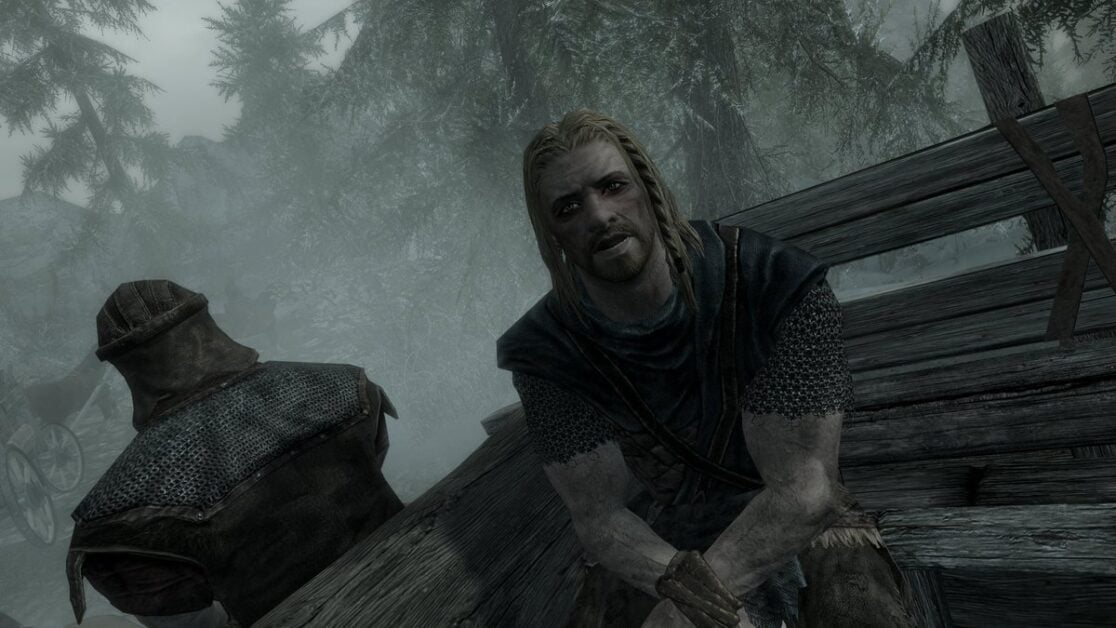 A bee apparently caused utter mayhem during the Skyrim iconic introduction sequence. As shared in a story by a former Bethesda developer.

“Hey, you. You’re finally awake,” is the famous line that Skyrim fans know and love. However, there is more to this iconic scene than we first thought.

Video game development is never a straightforward process and long before a game is even released, developers can encounter all sorts of random bugs and glitches. Especially when it concerns a Bethesda game, am I right?

During the opening sequence of Skyrim, players awaken being transported in a cart. It is here that we first meet Ralof, who greets us with that famous line. It quickly becomes apparent that the player is a prisoner on a one-way trip to being executed. Thankfully, the mighty Alduin dragon swoops in to save our bacon before we escape and run for the hills.

Nearly 10 years later, the former Bethesda developer of 14 years has shared quite a humorous story of an in-game bee that caused utter mayhem during the development of Skyrim.

“So, I have a story about the Skyrim Intro and how hard game development is” opened Nate Purkeypile in a series of tweets.

See the issue with that cart ride is that it’s not just a cart on rails. That cart is physically simulated. Why you ask? Good question.

So anyways, this meant that all kinds of things would cause the cart to start to freak out and fly off the road.

“Something was telling that cart to just f*** right off and to get off that road. The thing is it wasn’t happening every time. Nobody knew what was going on at first,” continued Purkeypile.

Then it was discovered that the in-game bee was causing all the chaos. Talk about being random!

So it turns out there was another bug where the bee in the game couldn’t be picked up. So then some potions couldn’t be made. That bug got fixed. Only the type of collision put on the bee didn’t just let it get picked up. It also made it collide into things.

Meaning, that bee was an immovable force of nature if it ever happened to cross the path of the cart. The cart wanted to move down the road. The bee did not want to move. So up the cart goes!

Purkeypile ends his entertaining tale by plugging his indie game that he is currently working on, under his very own studio “Purkey Games.”

I’m glad everyone is enjoying this story! It’s always been one of my favorite stories.

If you’re interested in more, go ahead and follow me. I’m working on an #UnrealEngine solo indie game now. It’s an open world horror metal game. 🙂

Did you enjoy the story of Nate Purkeypile and the mischievous bee of Skyrim? If so, let us know across our social media channels.