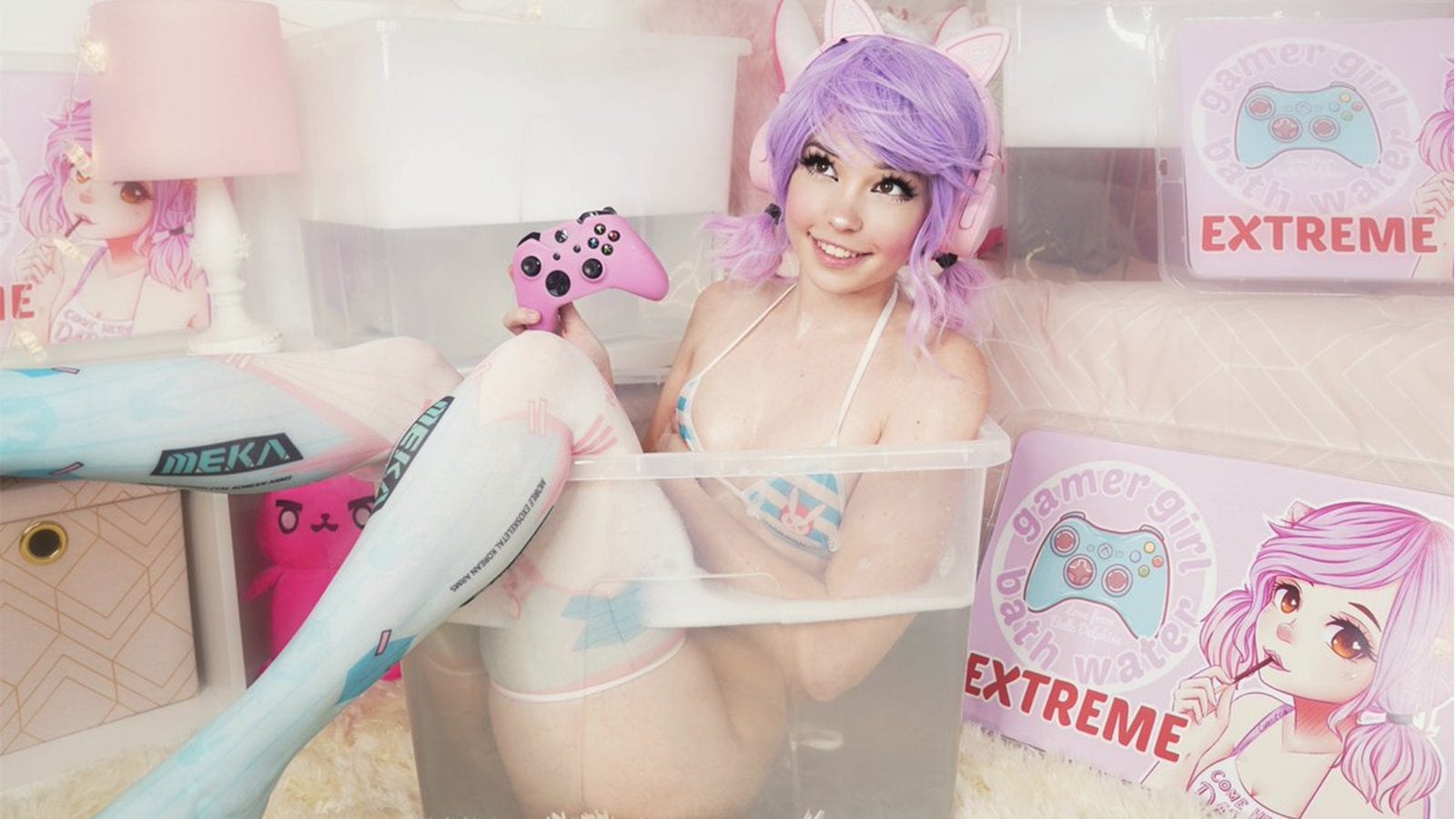 Controversial Instagram star/professional troll/entrepreneurial genius Belle Delphine hasn’t left the spotlight since she first announced that she was selling her dirty bathwater to her ‘thirsty’ fans.

The bathwater, which Delphine advertised with her spitting, sitting and wiggling around in, sold out in just a couple of days – despite its hefty $30 USD price tag.

Since then, the people of the internet are claiming to have done various things with the Gamer Girl Bath Water, including vaping it, drinking it, and even getting sick from the water.

The latter of these stories is one that Delphine herself has taken issue with, and she’s shut down suggestions that her bathwater is giving people herpes.

The herpes rumours seems to have originated from troll Twitter account, @BakeRises, which was posing as a US version of the UK’s Daily Mail newspaper.

By using the UK newspaper’s logo its profile image, the account managed to receive a lot of interest surrounding its claims that Delphine’s bathwater had caused people to contract herpes.

The tweet in question read [via DailyDot]: “Over 50 people have reportedly contracted herpes after drinking Instagram star, Belle Delphine’s bathwater.”

@BakeRises later tweeted: “It seems the best way to grow on Twitter is to impersonate a company [the Daily Mail] and say things about a celebrity [Belle Delphine] that legally can be considered libel and I could potentially be sued for.”

Responding to the suggestion, Delphine said on Instagram: “Lmao SO, there’s been a lot of fake news going round that I wanna address! …
Nobody has been hospitalised from my bath water, or have gotten sick.

“All of these memes were posted before I even shipped any out.
Regarding the whole ‘herpes’ thing, yes I used to get blisters when there’s a change in weather, ive gotten them occasionally since I was a child, I haven’t had one in a year or two and NO you cannot get it!! 90% of all people will have one in their lifetime…it’s not an STD lol…

“People are listing ‘my bath water’ on eBay, they aren’t real either
There’s also a fake website selling my ‘gamer girl pee’ and although I find it really funny, it’s sadly not real either gamer Bois.”

So there ya go. It’s not herpes, so when the water is back in stock feel free to fill your virtual baskets.