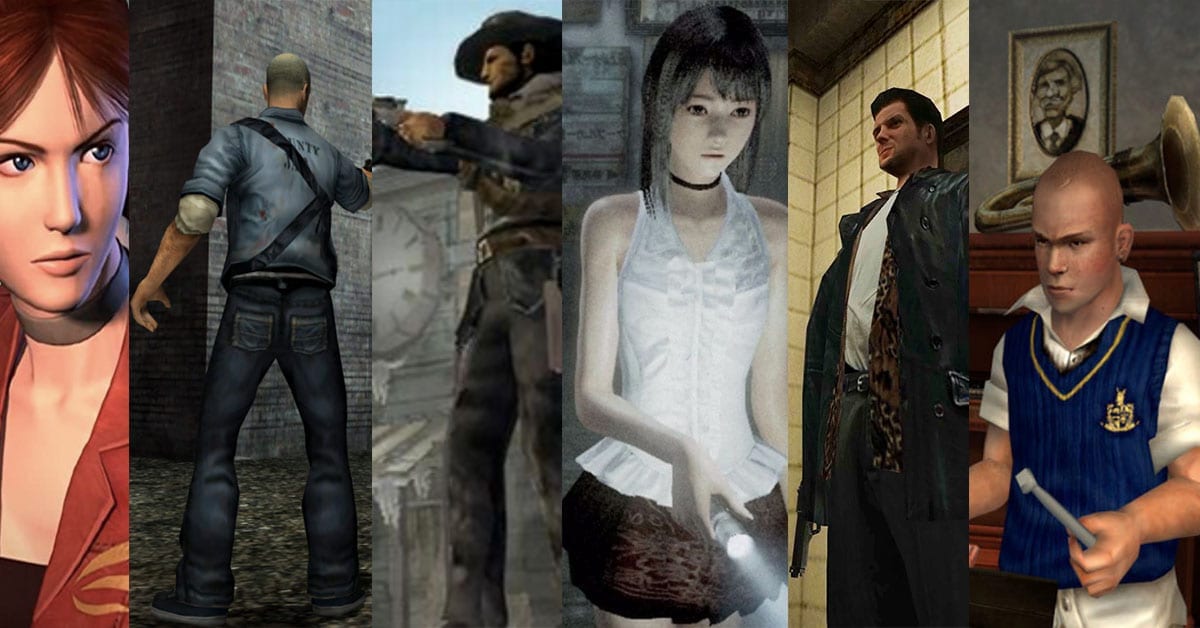 From the original PlayStation to now, Sony’s consoles have given gamers some incredible games which still hold a place in our hearts. The PS2 era specifically saw some amazing releases, which are still easily playable to this day. If you own a PS3 or PS4, here are some of the best PS2 games you won’t want to miss.

Whether we eventually get the Bully remake or not, at least we can still revisit the Bullworth Academy on PS3 and PS4. Bully perhaps received a bad rep for its time, which is why it was renamed “Canis Canem Edit” in some countries.

Bully features the typical tongue-in-cheek humour you’d expect from a Rockstar Games title, however despite what some outsiders might think, protagonist Jimmy Hopkins is often the one standing up to the bullies and teachers that would single him out. Bully has a story full of lovable charm and fun mini-games that you’d never get away with in real life.

You can play Bully on your PS3 via the PS2 Classics. However, the best way to play this game is via its PS4 release, which comes with additional Trophy support and 1080p visuals.

Deus Ex is a game that was arguably ahead of its time when it first released in the year 2000. Deus Ex features a gripping story that will alter depending on the choices you make during conversations with some NPCs. It also features a focus on character customisation from augmentations that will enhance your abilities, which can be tailored to how you wanted to approach certain combat scenarios.

Deus Ex perhaps hasn’t aged as well as some of the other titles on this list, but it’s still an important piece of gaming history and is still a lot of fun to play. You can play Deus Ex via the European PSN Store through the PS2 Classics on PS3.

The Fatal Frame series holds a special place in my heart. There have been several horror games that have scared the crap out of me over the years, but none have made the hairs stand up on the back of my neck quite like Fatal Frame.

I won’t give too much away here, because if you’ve never played these games, they still hold up quite well today.  However in a nutshell, in the original game, a girl is in search of her missing brother which leads her to the haunted Himuro Mansion full of evil and angry ghosts. Armed with just the Camera Obscura, Miku must fight back against the sinister spirits if she is ever going to find her brother and escape the mansion alive.

You can pick up each of the original three games including Fatal Frame, Fatal Frame 2: Crimson Butterfly, and Fatal Frame 3: The Tormented. This trilogy is only available on the US Store via PS2 Classics on PS3.

However, if you’re from Europe or any other region, there are ways around this if you’re savvy enough!

There are a number of ways that you can play GTA 3, Vice City, and San Andreas on PlayStation. The easiest way is through your PS4, with added Trophy support and crisp 1080p visuals.

The other way to play these titles is through your PS3 via the PS2 Classics (though San Andreas has since been removed). The PS2 Classics library also included the spin-offs GTA Liberty City Stories and GTA: Vice City Stories, before they also were removed. BOOO!

As you have already guessed, this article is quite Rockstar Games-heavy, but that’s only because the company has supported its retro library so well over the years. The next Rockstar Games title on this list is Manhunt, and boy was this game controversial back in the day!

Set in the fictional and seemingly abandoned Carcer City, you play as death-row prisoner James Earl Cash. When James is offered an escape from his execution, it’s an offer he won’t refuse. However, the catch is that he must earn his freedom by essentially starring in a snuff film directed by disgraced film producer Lionel Starkweather.

Manhunt is playable on PS4 with Trophy support and 1080p visuals, as well as for PS3 via the PS2 Classics.

Max Payne is a third-person action game that tells the tale of a troubled renegade cop that cannot escape trouble coming to his front door. When a criminal group murders his wife and child, Max Payne embarks on a ruthless quest for revenge.

Max Payne was created by Remedy Entertainment who went on to develop a sequel to Max Payne (under Rockstar Games), as well as Alan Wake, Quantum Break, and Control.

The game is presented in a wonderful Noire graphic novel format, with Max narrating its events. Max Payne was quite the revolution for its time, not only spawning its own movie starring Mark Wahlberg, but also that bullet-time gameplay mechanic that seemed to spam its way into every game of the 2000s.

May Payne is playable on PS4 with Trophy support and 1080p visuals, as well as be available on PS3 through the PS2 Classics. Just be wary of crying babies!

While not a prequel to the Red Dead Redemption series, Red Dead Revolver was the western that started it all for Rockstar Games. Originally released in 2004, you play as a ruthless bounty hunter by the name of Red, who has an uncanny resemblance to Clint Eastwood from Sergio Leone’s spaghetti western classics.

Red Dead Revolver has a linear story and world, and while it doesn’t offer the kind of freedoms seen in Red Dead Redemption, Red Dead Revolvers’ blueprint would help shape Rockstar Games into what it has become today.

Red Dead Revolver was initially available on PS3 through PS2 Classics before it was later removed from the library.  However, you can still buy this Rockstar classic for PS4 with Trophy support and is playable in a crystal clear 1080p resolution.

Resident Evil Code: Veronica is, in my opinion, one of the best and most challenging games in this iconic survival horror series. It’s not only one of the lengthiest games in the franchise, but it also has some of the most deadly enemies, especially those pesky Hunters!

Set after the events of Resident Evil 2 and Resident Evil 3: Nemesis, Claire Redfield is still in search of her brother and S.T.A.R.S member, Chris Redfield. Claire’s investigation leads her to yet another secret Umbrella Corporation facility, this time located on Rockfort Island somewhere in the Southern Ocean.

Resident Evil Code: Veronica X is available on PS3 via the European PS2 Classic library, but is also available on PS4 with Trophy support and 1080p visuals.

That concludes my list of just some of the great PS2 games that you can currently play on PS3 and PS4. I know for a fact that I’ve missed out loads of other great games from this list, so be sure to sound out your personal favourites across our social media channels!