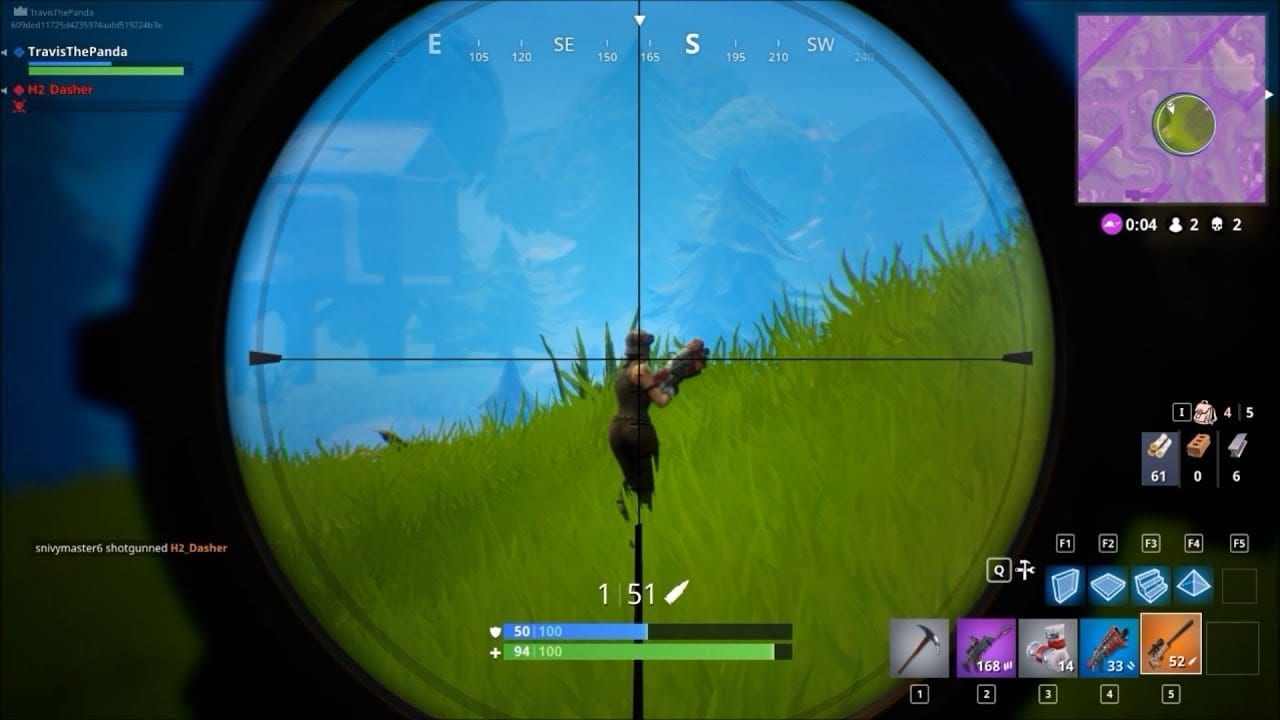 It’s a difficult topic for sure – Fortnite is the most popular game in the world, and as such, there’s a good chance that you and your friends all play it…probably even together. This poses an interesting problem: You probably want to improve your skills and play better, but with your friends looking over your shoulder, that’s not so easy to do – not to mention that you may get some dubious advice and ‘tricks’ from other Fortnite players anyway.

Some advice on this kind of ‘trick’ – if it worked, everyone would do it. Tricks don’t work, but strategy and practice does. That’s what we are here for – we can’t make you into a world-class player, but if you are serious about improving yourself, we can show you where to get started.

1. Where should I drop in Fortnite? 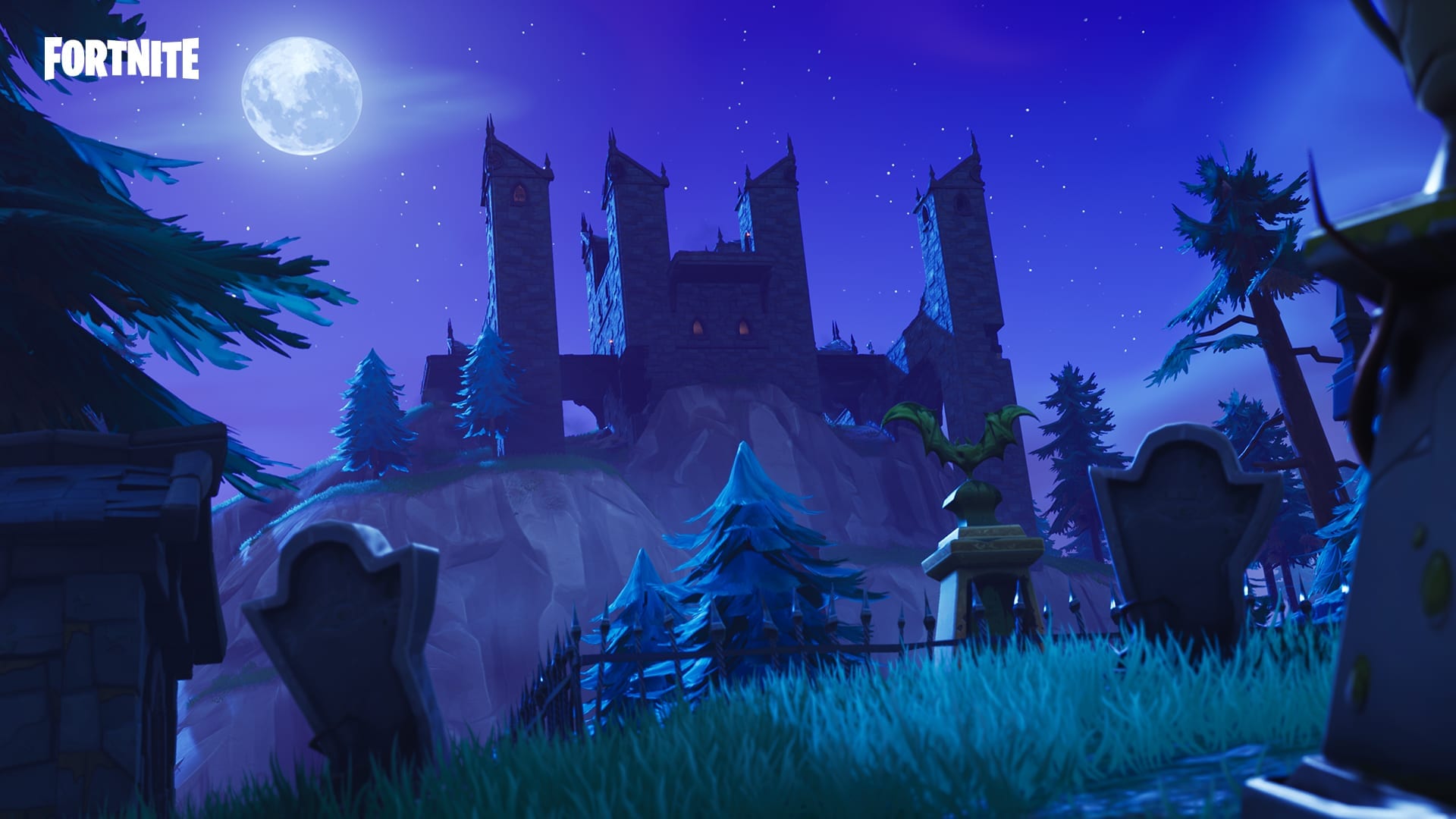 Choosing the right landing position and getting there quickly is the very first step of each round, and it’s one that’s more crucial than people realise. Jumping directly above where you want to land and going straight down won’t always work in your favour – other people could have gone down first and taken all the best weapons and resources.

Two approaches generally work well in Fortnite. If you are confident you can be one of the first to land, head straight for a shotgun or another weapon you are skilled with and try to take out other players before they can manage to get to weapons themselves.

If that doesn’t work, instead you can keep to the outskirts of your chosen location, grab a weapon and lay low until other players take each other out and wound the survivors, making it easier for you to pick them off a little later. Either way, check the route of the bus and plan ahead for a strong start!

2. Learn the map and its secrets 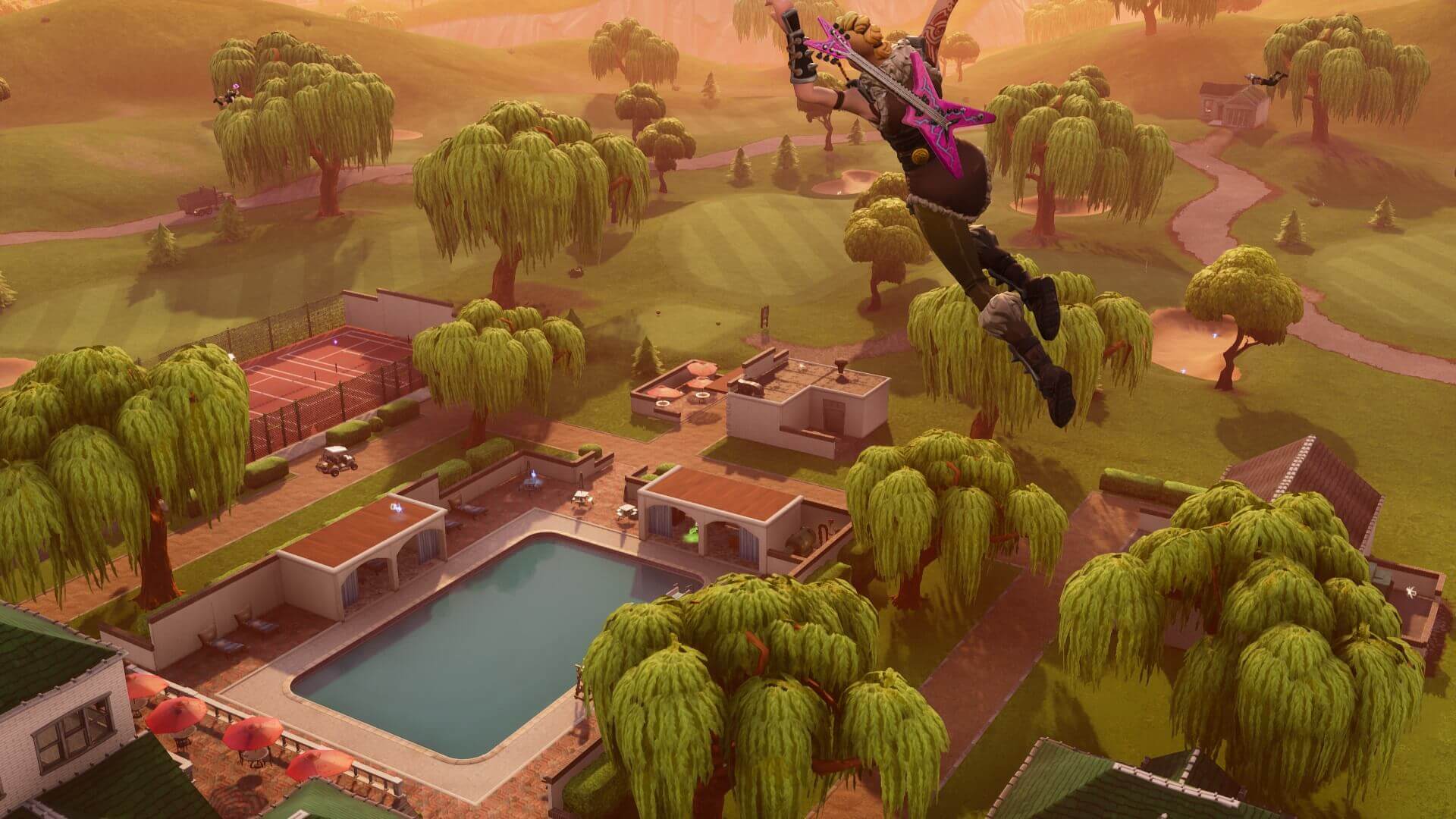 This one is pretty obvious – you need to get to know the map quite well if you want to have any chance of winning a game. Given how frequently the map changes, this could well prove to be quite a bit of a challenge, but it’s still a necessity.

Find out where you can find chests that are normally overlooked by others, remember spots that tend to have a lot of resources, and move between them as you travel across the map. Keep an eye on the weekly changes of the map as well – for casual players, these changes will likely be a surprise and you could be able to gain a strong tactical advantage over your enemies.

Even if that’s not the case, it will mean that others won’t be able to get the drop on you – either way, knowing the map is essential.

3. How to avoid the Storm in Fortnite 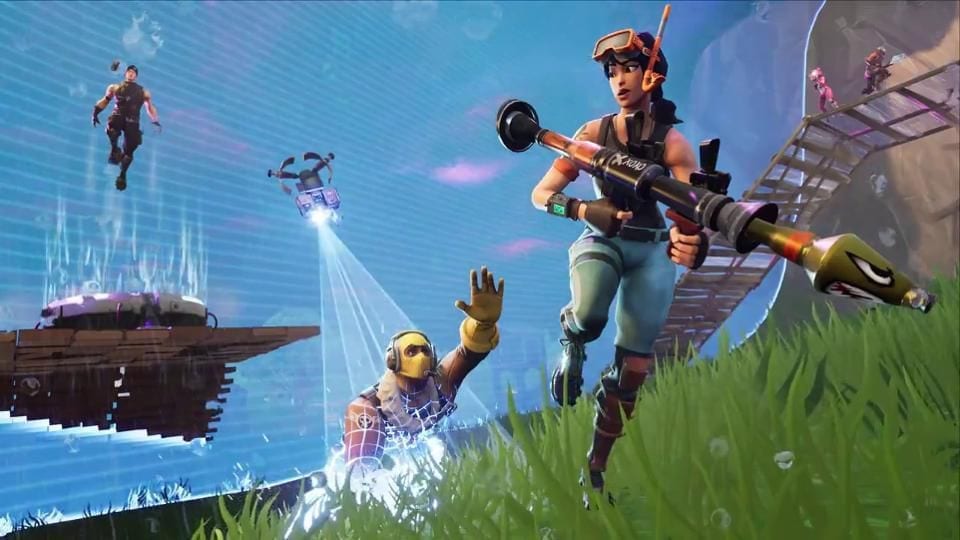 Though it may be tempting to do so, you don’t have to shoot your enemy as soon as you see them. Yes, that can give you an advantage over the enemy…but it doesn’t necessarily have to. It will, however, reveal your position.

Instead, consider staying hidden and waiting for the right moment. Following an enemy around for a while, you may get lucky and someone else could wound the enemy, or you could be able to get a better position and/or catch them off-guard, for example, while drinking a chug jug.

Only take the shot if you are sure you can make it – hiding and waiting can be a better strategy than just going in guns blazing every time you see someone else in the game. Remember the game is about survival, not who gets the most kills. A win with 0 kills is still a win after all.

4. Supply drops are your friend 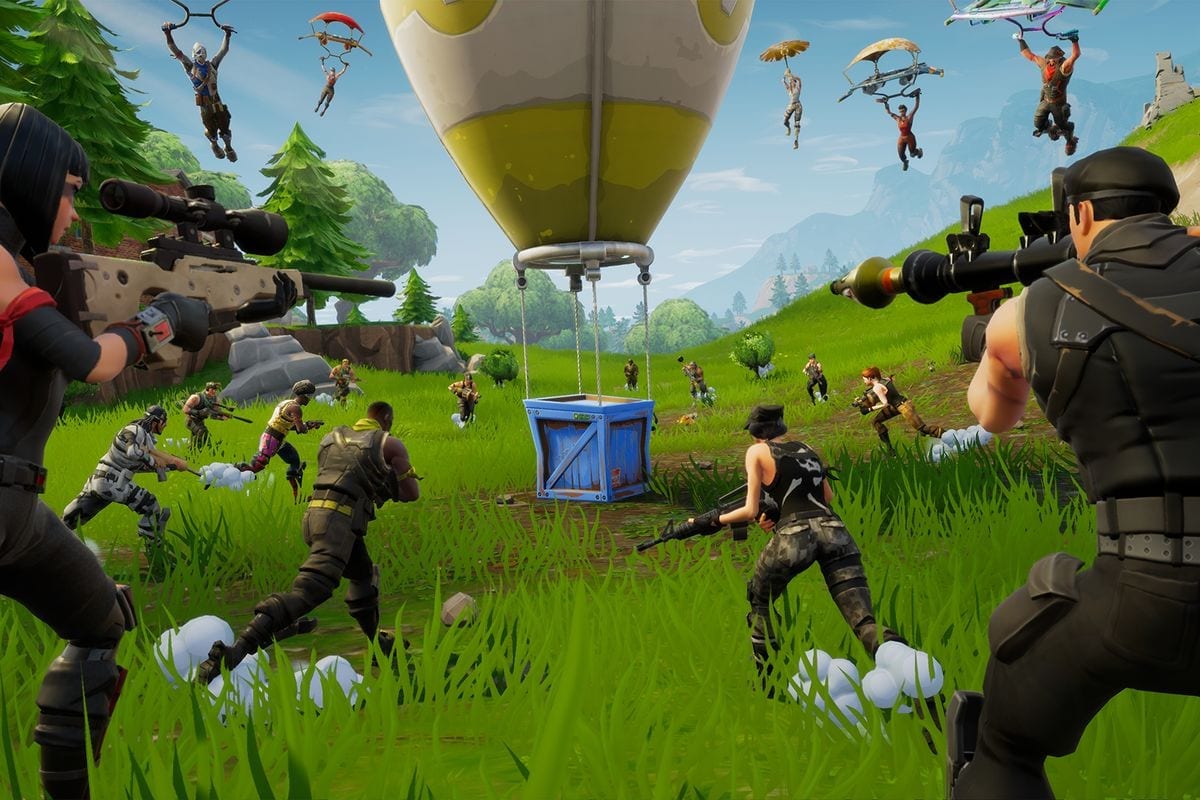 And not just for the obvious reason. Of course, getting your hands on one means that you will get a whole lot of sweet loot…but that’s not all. As you are probably aware, you can shoot the boxes on their way down, in order to mark it. This will show up for other players as well, but it can still give you a tactical advantage.

Instead of running straight for the box, consider hanging back and waiting for others to grab the box. They’ll be vulnerable for a few seconds opening the box and picking up the loot, so be sure to wait for the right moment to snipe them for an easy kill.

If you’ve made sure that there is nobody else coming for the box, it is, of course, a great idea to grab it yourself in order to get better weapons and a few extra materials – just be sure that you don’t accidentally let yourself be ambushed by someone else with the same idea! If you aren’t sure, leave it and find another supply drop – there are, after all, plenty. 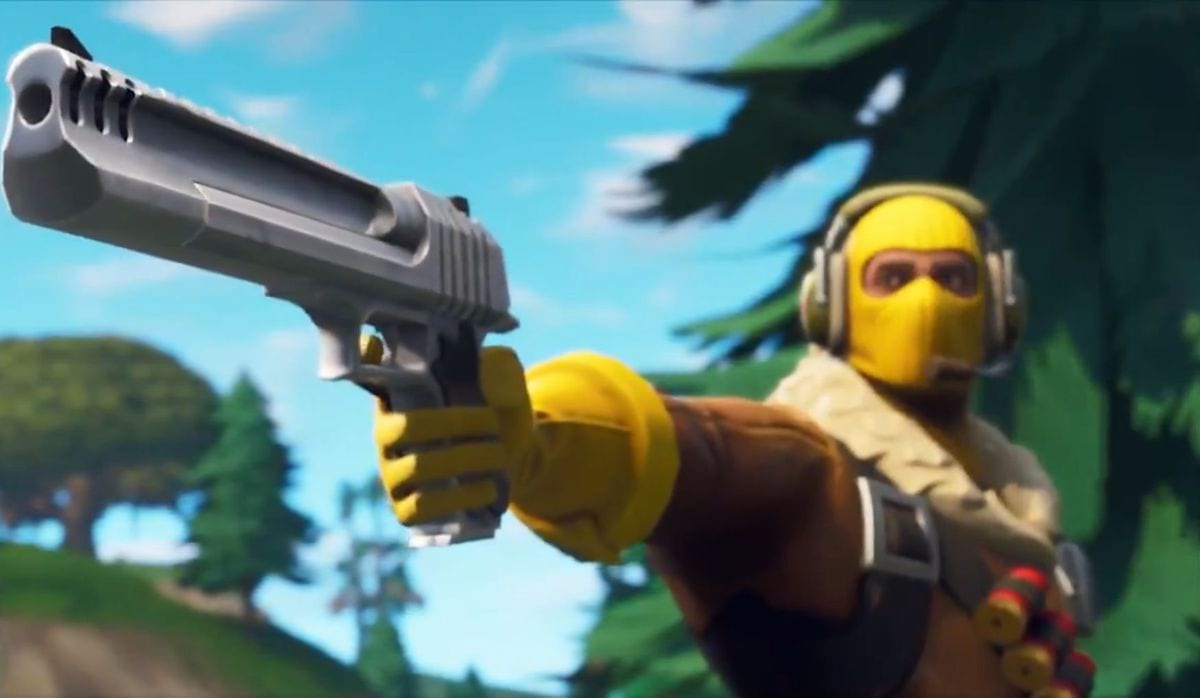 Blaming a loss on a bad keyboard, a lagging mouse or even network lag altogether is far from uncommon. It’s also usually complete nonsense. The reason you lost isn’t because your keyboard is broken, it’s because you can’t play – at least in 99 cases out of 100.

Now that said, there is one thing (in addition to using good equipment) that you can do to improve yourself – use headphones. High-quality headphones ideally, but any kid will do in a pinch. Wearing them lets you effectively use one of the game’s most helpful features – its sounds.

Footsteps, the sounds of chests opening, gunfire and more – just about everything has its own unique sound. In many cases, you’ll be able to tell what kind of weapon an enemy is using by the sound alone. That said, that’s actually not the only or even the most important bit of information you can get.

By using headphones, you’ll be able to accurately judge not only the type of weapon used, but you can also tell where the enemy is, how many enemies there are, whether they are moving or staying put and whether they are reloading, changing weapons or what have you. While using speakers will let you hear the same sounds, you won’t be able to judge their location as accurately.

Oh and in case you have noisy Fortnite team-mates, don’t be shy about muting them in order to be able to hear better – no sense in letting them drag you down. In the early stages of the game, using headphones to find chests and locate enemies can make all the difference, while later on determining the type of weapon players are using can be a big help too.