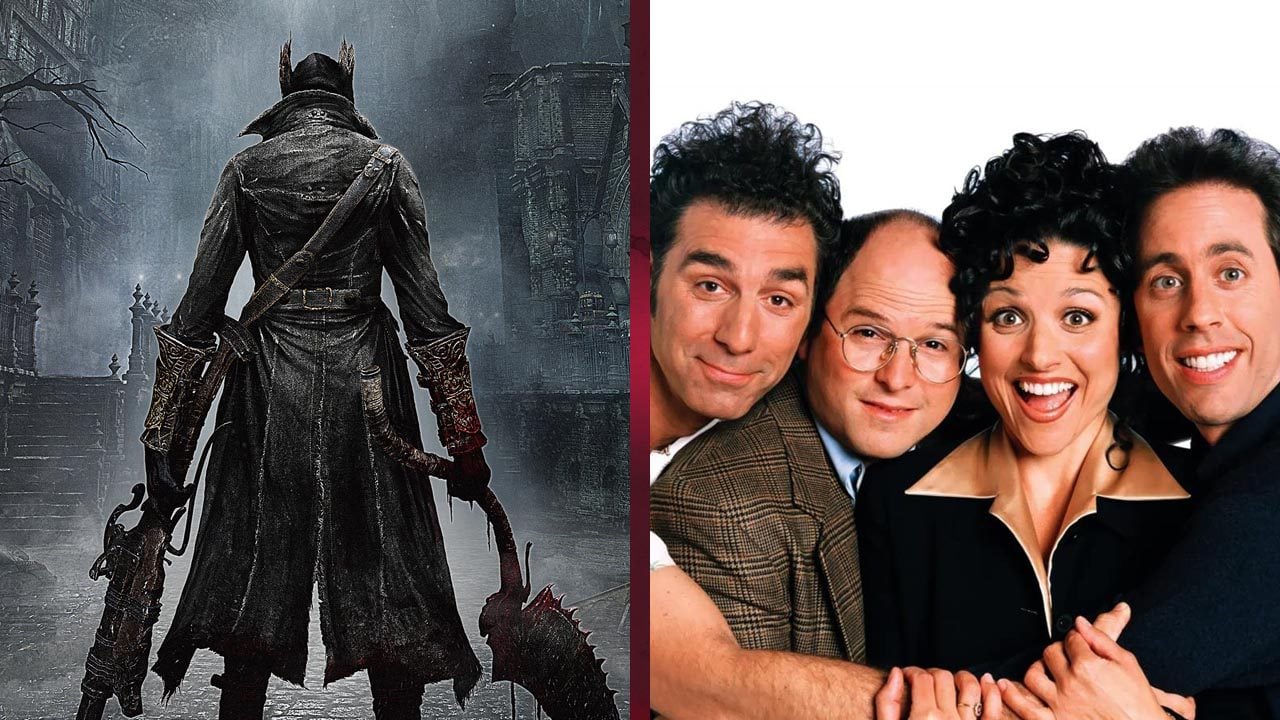 A recent Seinfeld meme has taken the Bloodborne community by storm, resulting in a number of memes crossing over the two completely different properties (thanks, Screen Rant).

If you have been spending a lot of time on Twitter, you’ve probably seen the new meme that everyone is riffing on. The base of the meme comes from the eighth episode of season eight of Seinfeld, The Chicken Roaster. It has a surreal quality to it in screenshots, so the Bloodborne community of course took it and ran with it. One of the best Seinfeld/ Bloodborne, crossover you didn’t know you wanted memes features Kramer as Micolash, Host of the Nightmare.

Another went the whole hog of decking out Kramer in the classic hunter gear, with Kramer saying his classic quote “Our eyes are yet to open, Jerry.” We all remember that iconic line from Seinfeld right? Seinfeld generally is a weird show, so matching it up with the eldritch horror that is Bloodborne works surprisingly well.

Of course, this isn’t the first time the comedian himself, Jerry Seinfeld, has been involved in a meme. The Bee Movie is infamous for the plethora of memes you can find about the movie. But last year, Seinfeld finally apologised for the script of The Bee Movie having a romance subplot.

And if you fancy a bit more Bloodborne but don’t want to replay it, you’re in luck. Korean developer Round8 Studio is working on Lies of P, a Pinocchio themed Souls-like that looks a whole lot like Bloodborne.