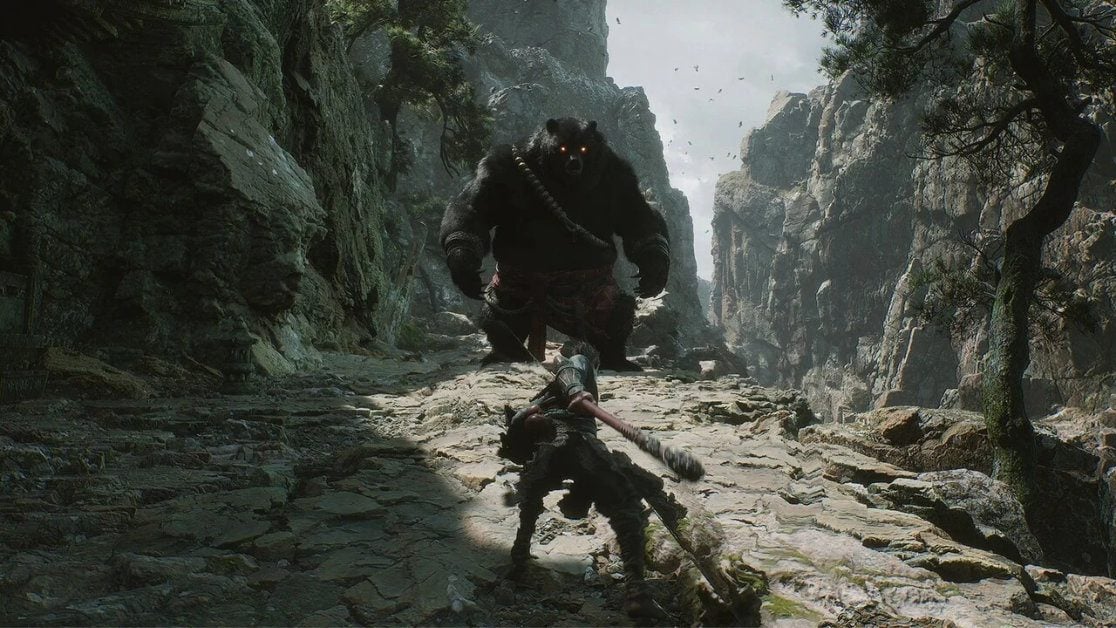 Black Myth Wukong, continues to WOW us in this impressive 8-minute gameplay demo via a recent NVIDIA showcase.

Despite not even having a release date, Black Myth: Wukong has already been compared to the Soulsborne series. Developed by Chinese studio, Game Science using Unreal Engine 5, Black Myth is based upon the 16th-century novel, Journey to the West and the Monkey King.

As an added bonus, a second video for Black Myth has been released featuring a stunning 6-minute cut-scene. Sure, there may be no gameplay in this one, but it’s no less impressive.

When is the Black Myth release date?

At this time, Black Myth: Wukong only has a tentative 2023 release window. However, we do know for sure that it will come to PC.

Unfortunately, things are a little uncertain for a console release. The developers have previously stated that they intend to release the game for “mainstream consoles”. Sadly nothing is set in stone just yet. If Black Myth does come to console (and we hope that it does) it will release for PlayStation 5 as well as Xbox Series X|S.

Will Black Myth be able to compete with the likes of Soulsborne, Sekiro: Shadows Die Twice as well as the mighty Elden Ring? Only time will tell.

Finally, are you excited about Black Myth: Wukong and do you think it will get a console release? Let us know your thoughts across our social media channels.