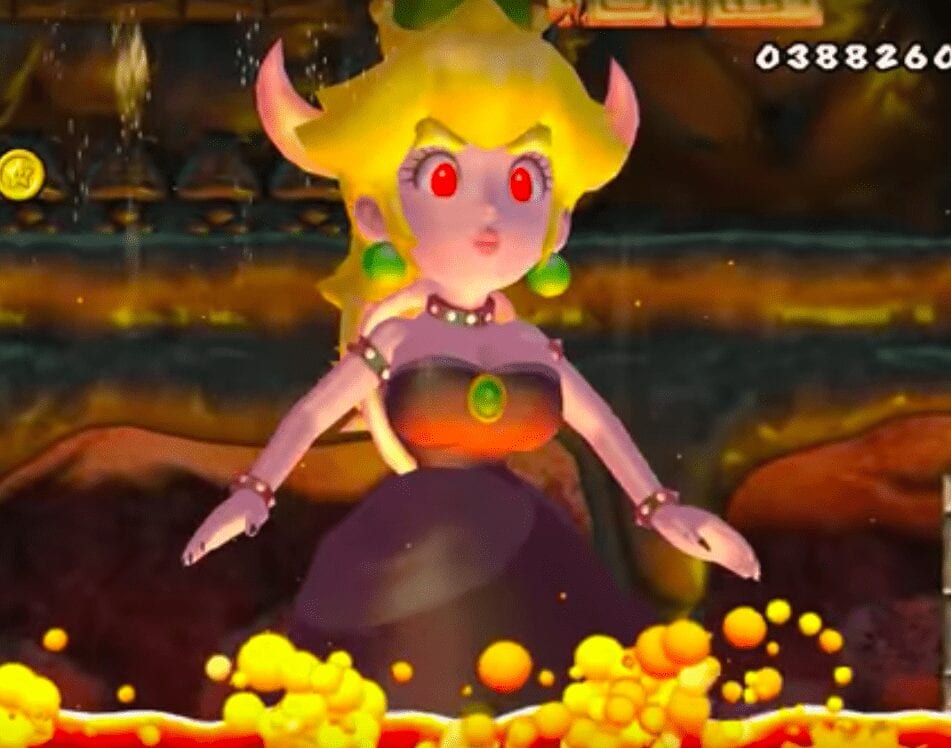 Bowsette, the fan-created Princess Peach/Bowser hybrid is one of the best memes we’ve seen in a while, with people absolutely crazy over the super-evil Peach.

As the idea of a Princess Bowser took off, fans quickly got to creating artwork, videos and even custom amiibo. 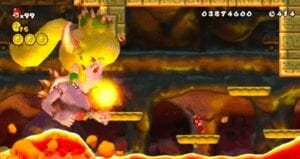 A YouTuber known as StupidMarioBros1Fan has taken the craze even further – by modding Bowsette into the final battle of Super Mario Bros. Wii. 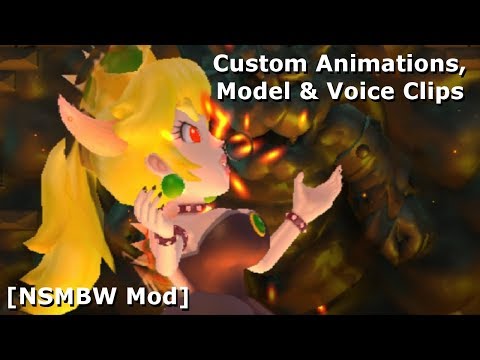 In the video description, Bros1Fan writes: “[Bowsette] is a heavily edited version of Peach’s model from Mario Party 9 with parts of NSMBW Bowser and custom modeling for things such as her shoulders and crown.

“All animations were remade from scratch by me, used Bowser’s original animations as a reference but this was 100% re-animated.

“The voice clips are various Peach ones from Mario Party 10, Mario Tennis Ultra Smash, New Super Mario Bros Wii and Mario & Luigi: Dream Team (the laughing ones specifically) All of them are slowed down a little to make her voice deeper because I felt like an ‘evil’ Peach would have a slightly deeper voice.” 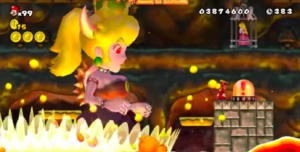 The impressive mod has attracted a lot of attention from Mario and meme fans, who have praised the creator for such realistic graphics and sounds effects.

“As much as I hate the meme, I really enjoy this,” praised one YouTube commenter. “You definitely put a lot of work into it, and it shows.

“I also am able to actually enjoy this, because you made her actually look more like Bowser, and the crown is Bowser’s Shell, instead of Toadette’s Head (The Toadette part of the Super crown was the most angering thing about the meme, since Bowsette has no Toadette in her design, yet the Super crown stays the same.)” 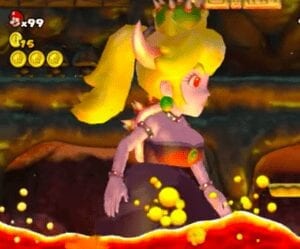 Check out the video above, and if you want to battle Bowsette you can find the link to download the mod right here.