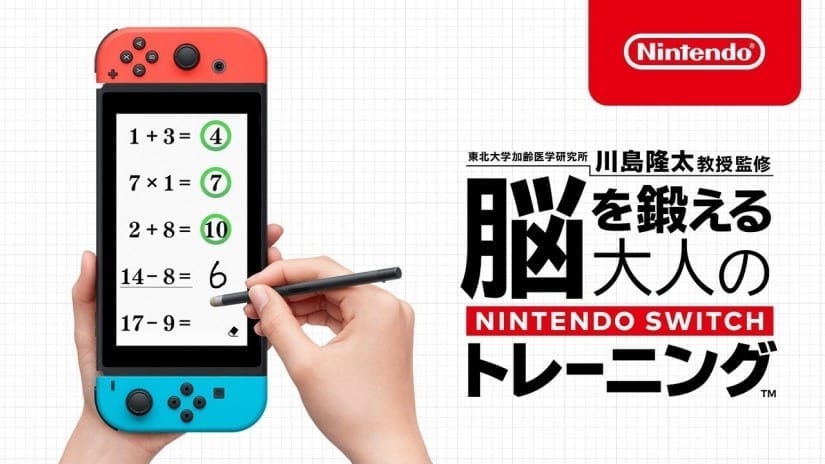 Fans of the popular Nintendo DS game, Brain Training will be pleased to hear that according to a video from Nintendo, they’re planning to bring out a sequel that is intended for the Switch.

If you either didn’t get around to challenging your noggin’ back when it first debuted, or just generally don’t know what the game is about, then Brain Age games for Nintendo DS starred Japanese neuroscientist Dr. Ryuta Kawashima and featured various simple puzzles designed to help keep your brain active.

You could also enjoy a light game of Sudoku, which is always a win in my books. It was actually pretty good for relaxing and winding down as a game without wanting to submit too much of your life to it with its daily tasks and challenges.

Judging by the video, it’s layout is set to be similar to the one game that debuted on the DS. If you can understand Japanese, feel free to check out this video… 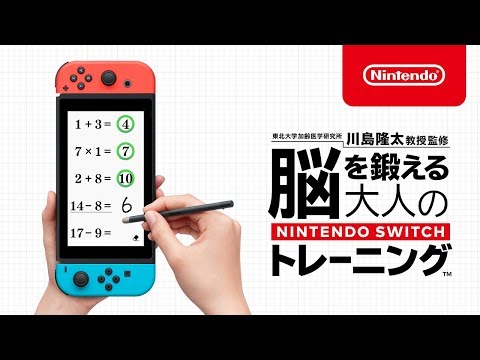 The name for the game seems to be “Train Your Brain: Nintendo Switch Training for Adults,” which is the same title as the original DS game only with the platform swapped out.

It also seems that while using the JoyCon is going to be included in the game, it’ll mostly be played by holding the handheld and using a stylus – as per the original.

Train Your Brain: Nintendo Switch Training for Adults will be released in Japan on December 27th. It is currently unknown when it will be available anywhere else in the world and for what price, but we’ll keep you posted once the news becomes available.