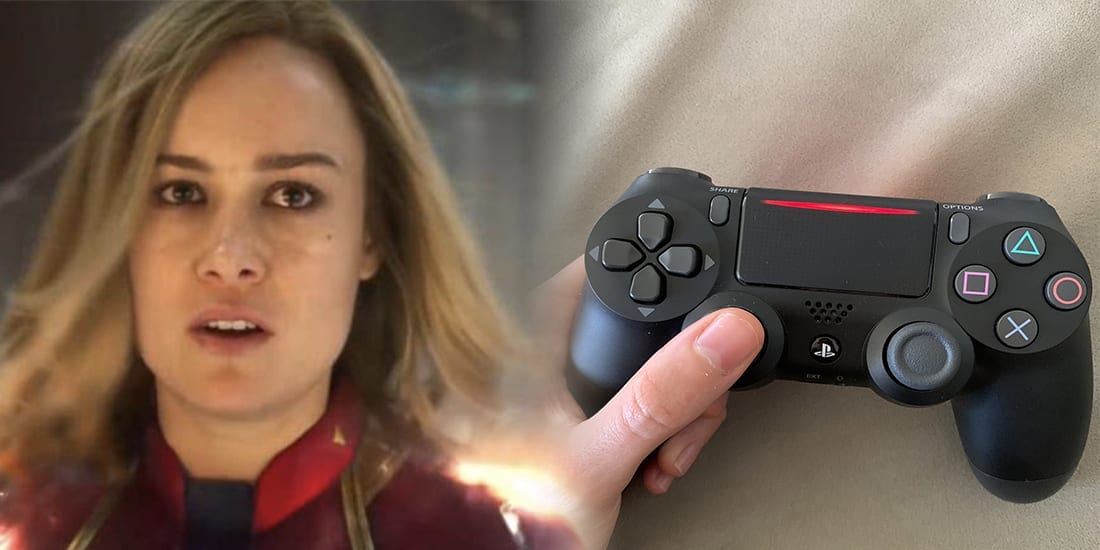 Actor Brie Larson was attacked by Twitter trolls who branded her a “fake gamer” after sharing a picture of her DualShock 4.

The star, who is known to be an avid fan of video games including Animal Crossing: New Horizons, took to Twitter to share two images of her weekend: one of the Marvel’s Avengers beta installing, and one of her DualShock 4 controller.

Sadly, trolls took the opportunity to jump on Larson for the… *checks notes*…cleanliness of her controller, branding her a “fake gamer.”

Responding to the tweet, one user said: “New controller. Never played nothing before. Noob.”

A second chimed in: “I was about to say the same thing. That is a BRAND NEW controller lol Like just bought fresh out of the store and out of its package less than 2min ago new. I think shes a fake wannabe gamer.”

Twitter quickly clapped back in the most sensational way possible, sharing pictures of their own game pads and mocking those who attacked Brie.

Gamer ArcanaLegacy shared two images of her controllers, including retro PS2 and N64 pads, writing: “Today I learned from manbabies that having clean controllers means you’re a fake gamer. So I’m coming clean, with some of my clean af controllers that I’ve used for years, that I’m the FaKesT gAmEr EvEr(╯︵╰,)

“Gawd, the absolute lack of cheetos on my controllers! The HERESY. I must have my gamer card revoked!”

Arcana wasn’t the only one dragging the trolls, as hundreds of other people quickly shared their own images of their clean controllers.

I’m not sure if Brie Larson has intimidated the internet with her accomplishments (which has then led to some gatekeeping/sexism) or if people are genuinely trolling.

All I can say here is that we’re in a global pandemic. Keep your controllers clean, people! (And stop dragging others that do just that).