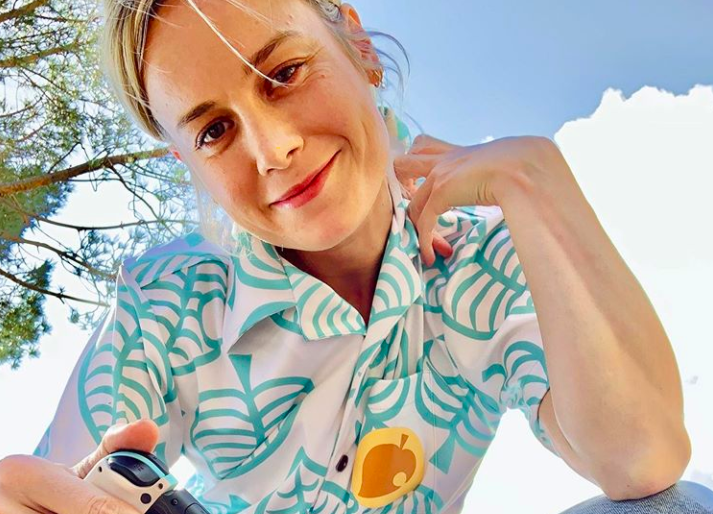 Captain Marvel star, Brie Larson, is a big fan of Nintendo games, and just like the rest of the world, she’s fallen for Animal Crossing: New Horizons. The newly-released title has sky-rocketed to success, probably due in no small part to the COVID-19 pandemic, and the actor has expressed more than a little love for the game.

Larson has partnered with Nintendo to help promote the game, but her love for the series goes much, much deeper than that. Speaking with People magazine, Larson explained just how much the Animal Crossing games have impacted her life.

“The original game, the first time I played it was on Nintendo’s GameCube and it was just so important to me and my sister,” Larson told the publication.

Considering the original AC launched way back in 2002, that makes Larson a pretty huge fan indeed. But will her love for Isabelle, Blathers and the Nook family ever cross into her acting career?

When asked if she’d be interested in a movie version of Animal Crossing, the star was definitely up for a role.

“Of course. I support Animal Crossing all the way, through and through. I think it’s good for our hearts,” Larson said in response.

There’s no word on an Animal Crossing movie as of yet, but thanks to the success of the new launch and the hype surrounding live action video game movie adaptation like Sonic the Hedgehog and Detective Pikachu, it’s not something to be ruled out!

Animal Crossing: New Horizons is currently steaming ahead in the Nintendo game charts, with people all across social media praising the title for coming at a difficult time in many peoples’ lives.

If you’re currently stuck at home due to the pandemic, Animal Crossing: New Horizons is the perfect escape!