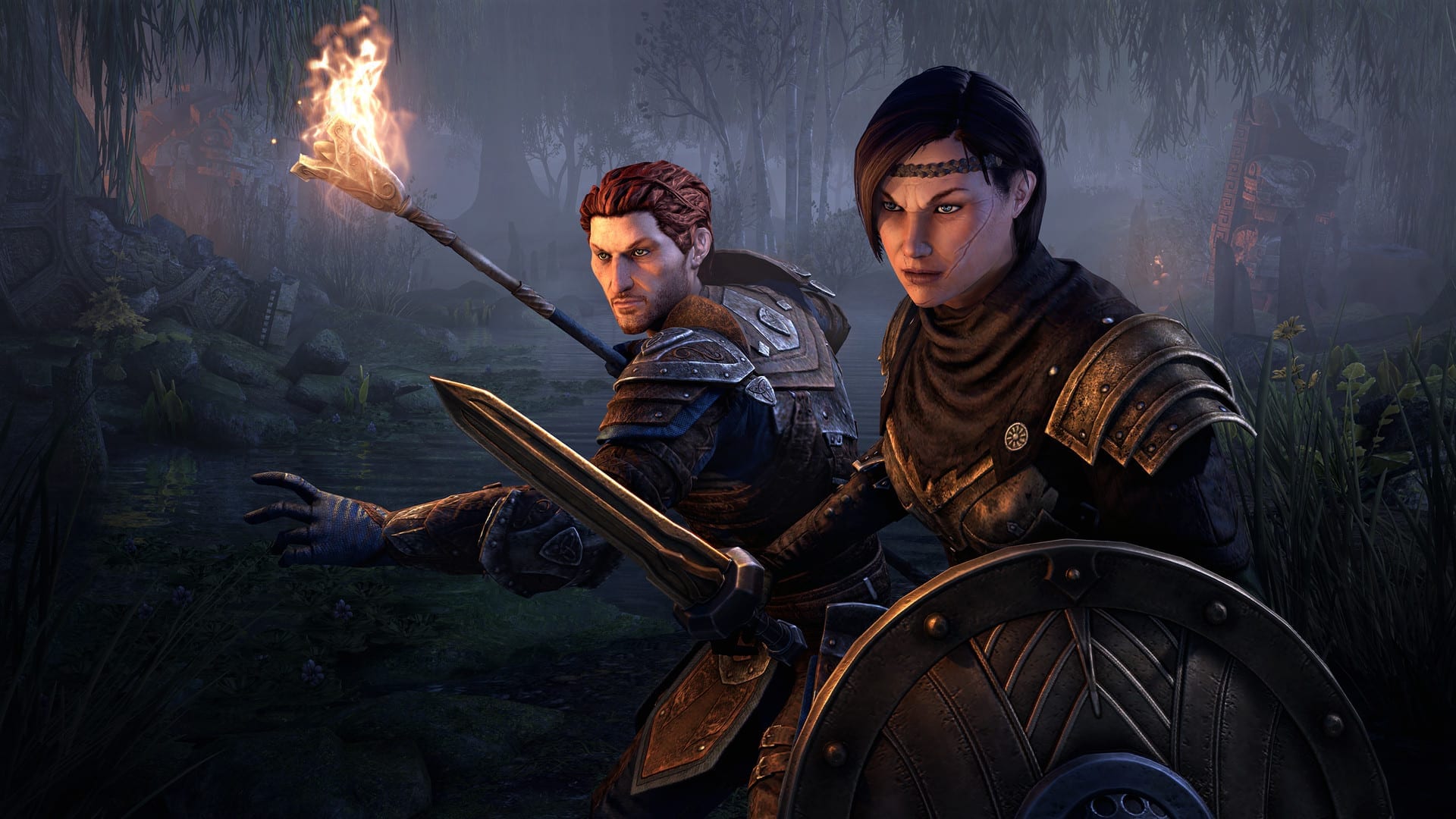 In the TES Blackwood Chapter, you’ll continue the saga that began with the Flames of Ambition DLC. The narrative is based around a murder mystery focused on a deal with the devil, which is a really interesting idea for an Elder Scrolls story! You’ll investigate a conspiracy where all paths lead to the Deadlands.

Right now you can pick up The Elder Scrolls Online: Blackwood for PC, PlayStation 4 and Xbox One for just PRICE.

The expansion’s official description reads as follows: “From walls of the Imperial city of Leyawiin, first featured in The Elder Scrolls IV: Oblivion, to the murky bogs of Shadowfen, explore the mysterious region of Blackwood and uncover the Daedric plot at its heart.”

Whether you’re a big fan of TES Online already, or if you’re just looking for more Oblivion goodness, The Elder Scrolls Online: Blackwood is set to be a treat for everyone!

The Elder Scrolls Online: Blackwood comes to PC and consoles in June 2021.

GameByte recently went hands-on with Blackwood ahead of its launch, so if you want to learn more then check out our preview!