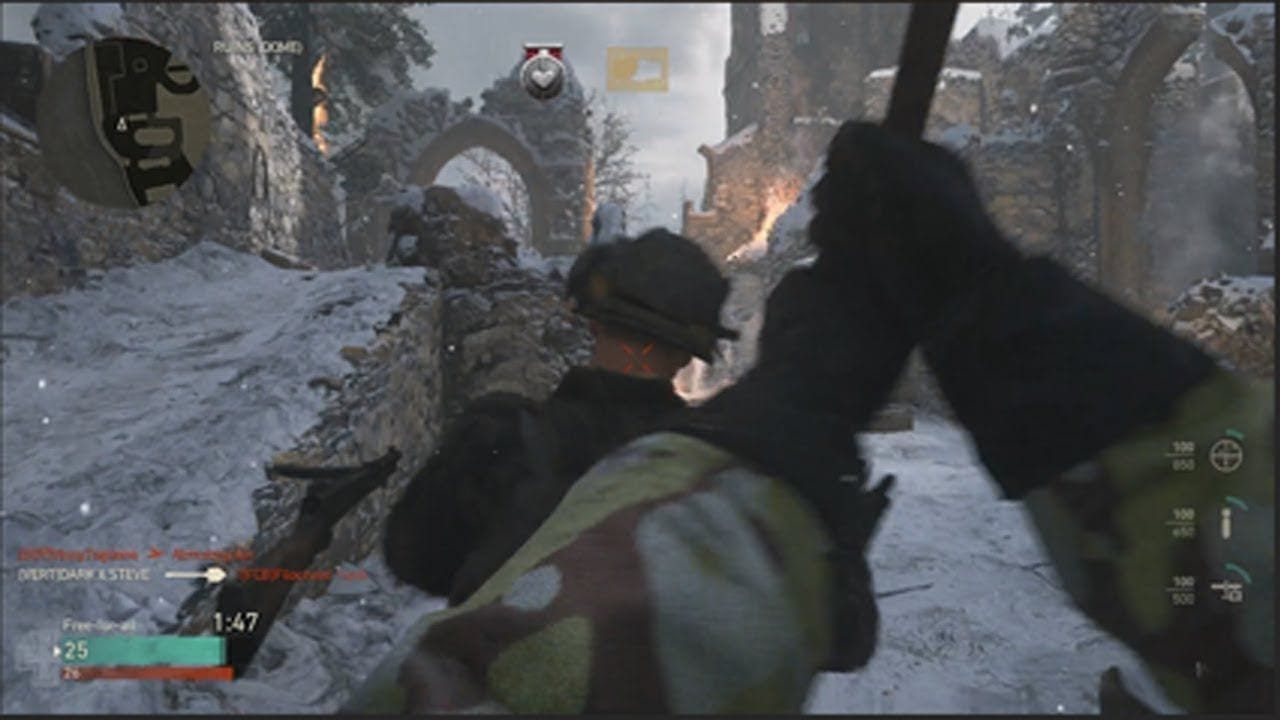 Call of Duty: WW2 was one of, if not THE, best selling games of 2017, so it’s no surprise that the game is still incredibly popular, and even now fans are entering the fray while hoping to reach that coveted Master Prestige. Well, ‘normal’ players are happy to grind the old-fashioned way, that wasn’t good enough for one player. 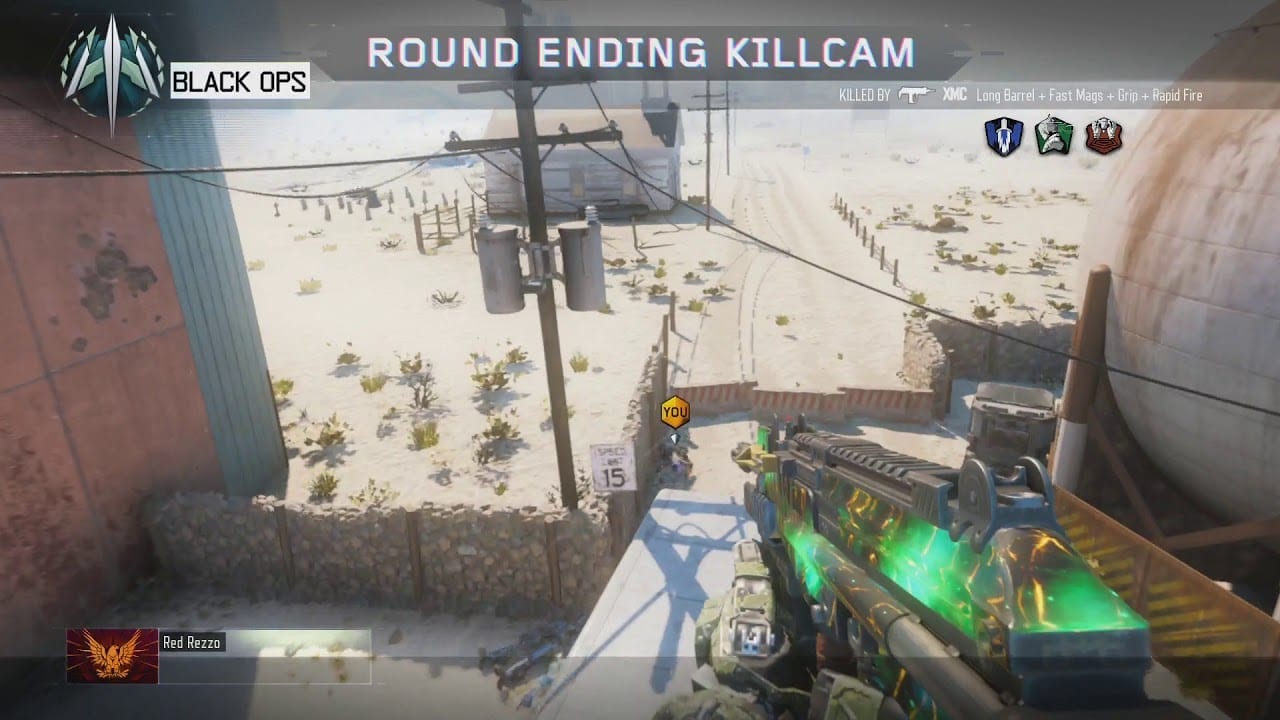 A member of the gaming organisation KARNAGE, ‘TheseKnivesOnly’ decided to play the game without guns. Not unlike winning poker without any cards, this is both an impressive and incredibly odd achievement. He decided to use nothing but melee and throwing knives to get his kills. This isn’t the first time this maniac has done this either – apparently he’s made this a challenge for himself in every Call of Duty entry since Black Ops in 2010.

As explained by TheseKnivesOnly, he uses a very specific setup to get this job done – he uses the Infantry Division’s bayonet charge, the shovel, ice pick, throwing and combat knives and Recon Aircraft and Counter Recon Aircraft for assists. 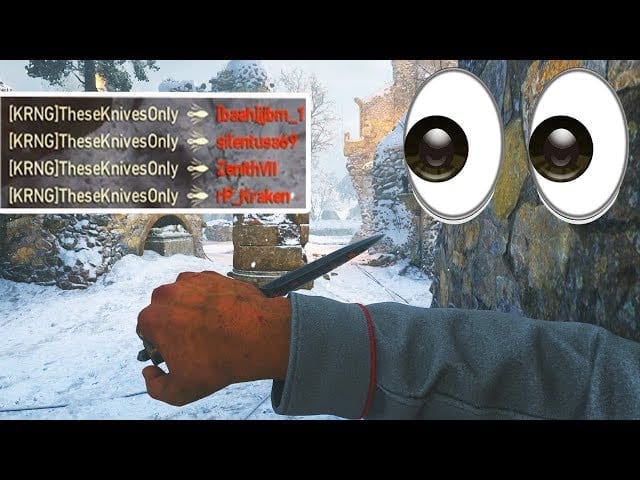 If you’re wondering how that worked for him, he boasts a pretty impressive 32000 kills – that’s how many it took him to get Master Prestige anyway. He’s played on since then, so who knows how many he has accumulated since then. With his decision to specifically only use non-lethal scorestreaks, he really wanted to make sure it would melee kills only.

To be fair, even if he had used them normally, it would have been a ridiculously impressive achievement. Pointless, yes, but impressive. Given that there are 55 levels to go through in multiplayer mode before one can even enter Prestige Mode, only to then do it over and over and over again up to the eleventh and final Master Prestige rank… well, many of us lost interest long before that, never mind the ridiculously hard limitations he set himself. 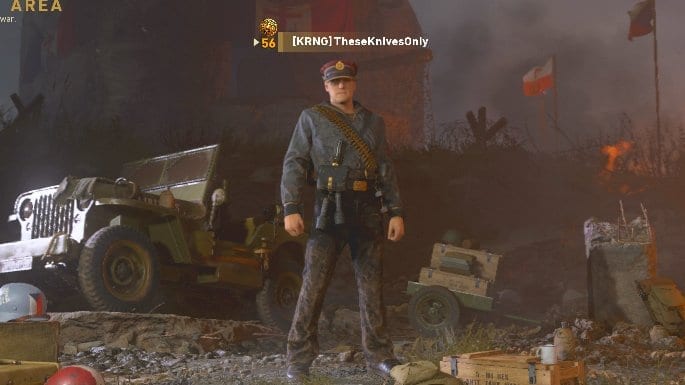 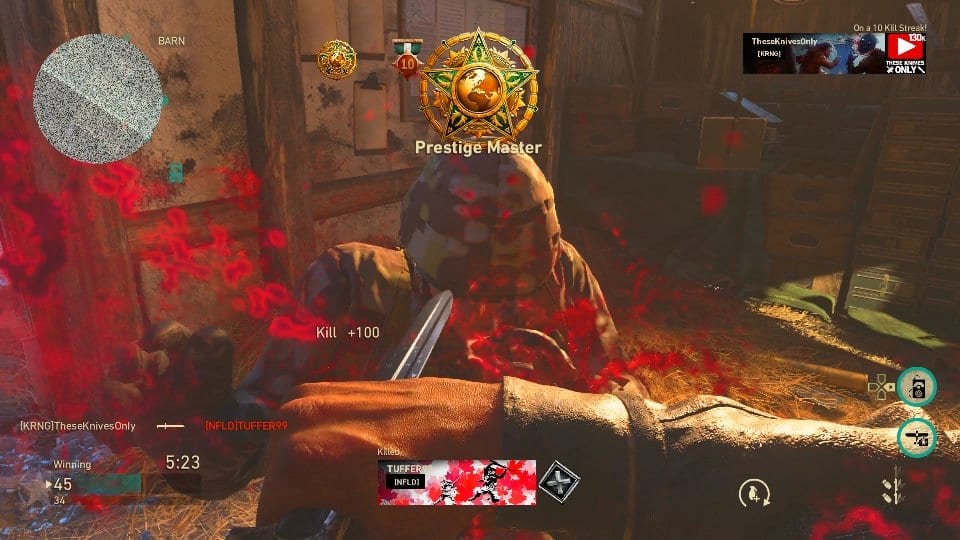 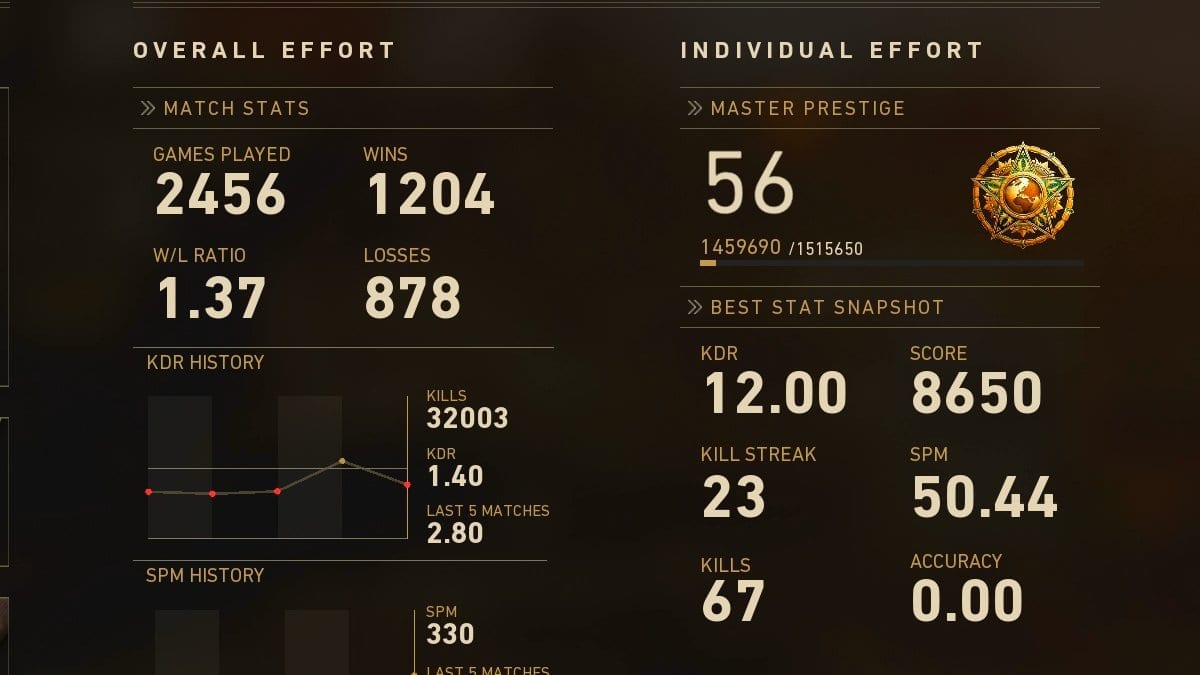 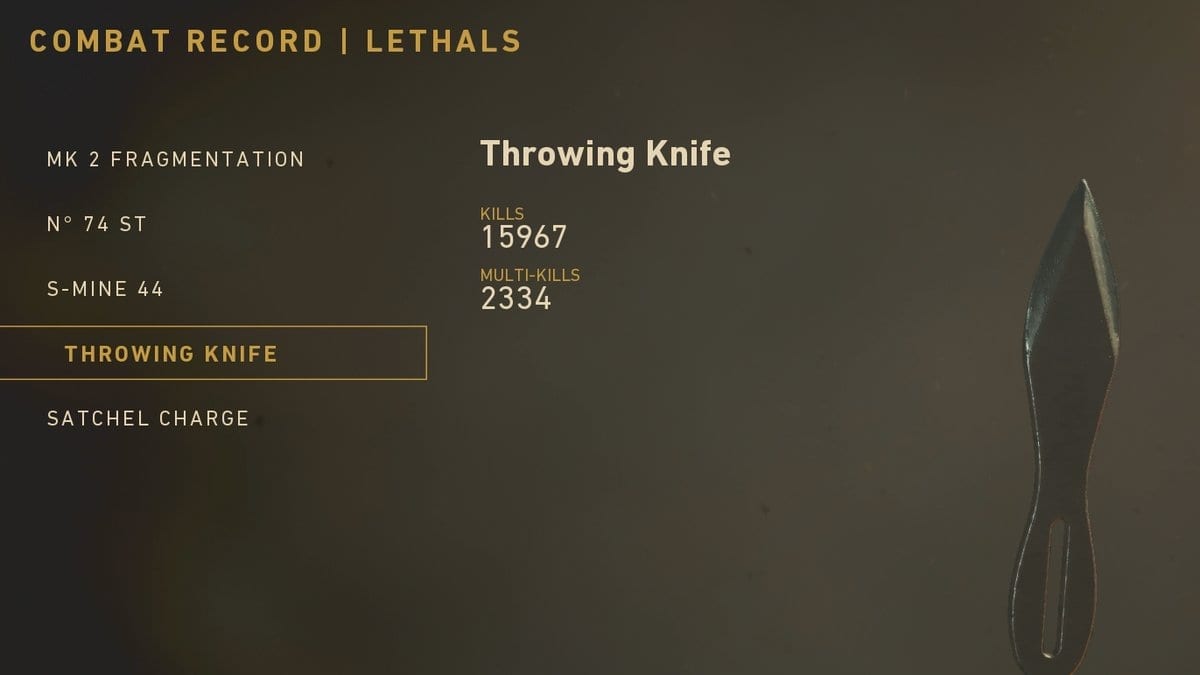 He’s not the only one to do this sort of thing – someone else decided to play Skyrim bare-handed, and as it turns out, some hidden perks and skills make that a completely viable method of playing the game. CoD has no such help for the player, making it all the more impressive that he managed.

He’s not shy about his achievement either, when asked what gave him the idea, he answered: “The main reason I was inspired to knife only was during a Search and Destroy match on WMD a random guy in the lobby hit a straight up tomahawk bomb defend,” TheseKnivesOnly told Kotaku via email—basically an epic kill using a tomahawk to keep an enemy player off the Bomb Plant site to prevent them from planting or defusing. “I thought it was the coolest thing ever and it sparked my interest for using knives.”

If this was said without the game context, he’d probably be labelled a psychopath and locked away well and good. Well, luckily that wasn’t the case and he managed to achieve his goal on February the 2nd. if you are interested in his journey – he has a video available for each prestige rank, breaking down what stats and weapons he used in each one of them.

His achievement has even been (sort of) honoured by the devs of the game – Sledgehammer Games sent a pretty damn funny tweet in response to his announcement.

TheseKnivesOnly isn’t done either – with a new Black Ops title on the Horizon later this year, he says he absolutely intends to keep his streak going. The Black Ops series is his favourite anyway, with Black Ops 3 being his favourite – in other words, he’ll probably hit max rank even faster in the next instalment.

In Black Ops 3, he achieved the rank of Master Prestige level 1000 – this is also his goal for WW2, although he seems willing to pause that for the next Black Ops title, for which he says he has great expectations. Apparently, he’s a Treyarch fanboy…in other words, the next title better not be a disappointment. There’s no telling what this guy would do.

He’s actually a bit scary. Well, more than a bit.