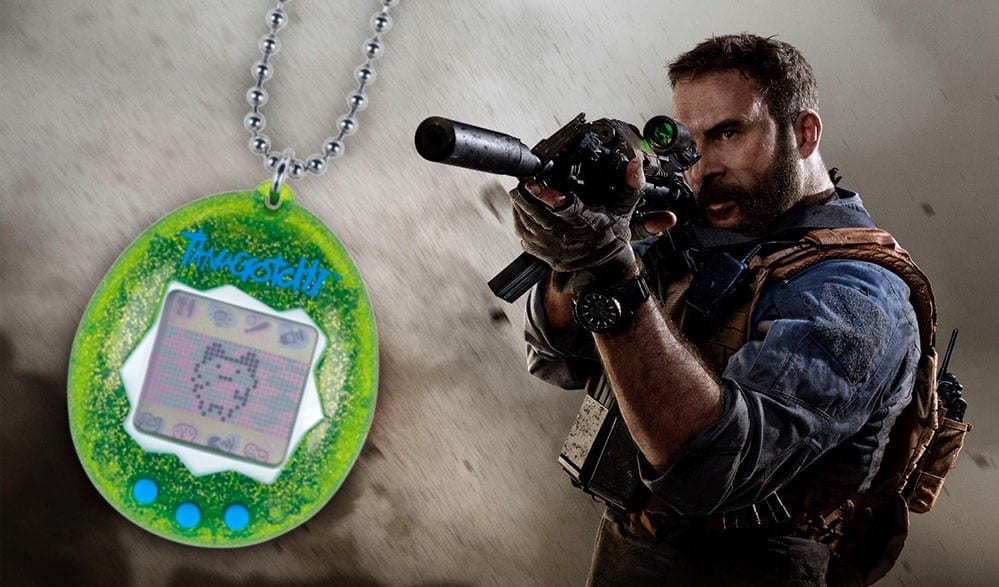 Activision and Infinity Ward have been more than a little keen to push the fact that Call of Duty: Modern Warfare is going to be darker, grittier and more intense than any CoD game before it, but don’t expect it to be all doom and gloom.

Speaking to Daily Star, studio art director Joel Emslie said that the game will include a very strange choice of feature: a ‘Tamagotchi’-like virtual pet.

“The wristwatches we have in the game… people have really picked up on that, and they’re curious to know more about how things are going to be developed with that. We’re taking wristwatches [and their functionality] to weird places, too [laughs],” said Emslie.

“For example, we’ve got one we call the TomaGUNchi – it’s a Tamagotchi that feeds on kills. It’s a one-off we got creative with. I said to our engineers: ‘Can you make it so that whilst we’re playing and I get kills in multiplayer, it kinda lives and grows?’”

He went on to add: “I like to think of it like a little vampire watch,” smiles Emslie.

“If you get kills, you can keep it alive. And it’ll ultimately sit on your Gunsmith workbench and you can see how it’s doing. So you can check in on it [whilst you’re customising guns] from time to time and think ‘oh shit, I gotta feed the TomaGUNchi [laughs].

“It’s little things like that – little nuances and details… I’m really excited to see how the community responds to them.”

As long as it’s not going to constantly beep at me, and as long as it won’t start dying every three minutes, I’m cool with it. It’s something different at least…

Call of Duty: Modern Warfare releases on PlayStation 4, Xbox One and PC later this year.