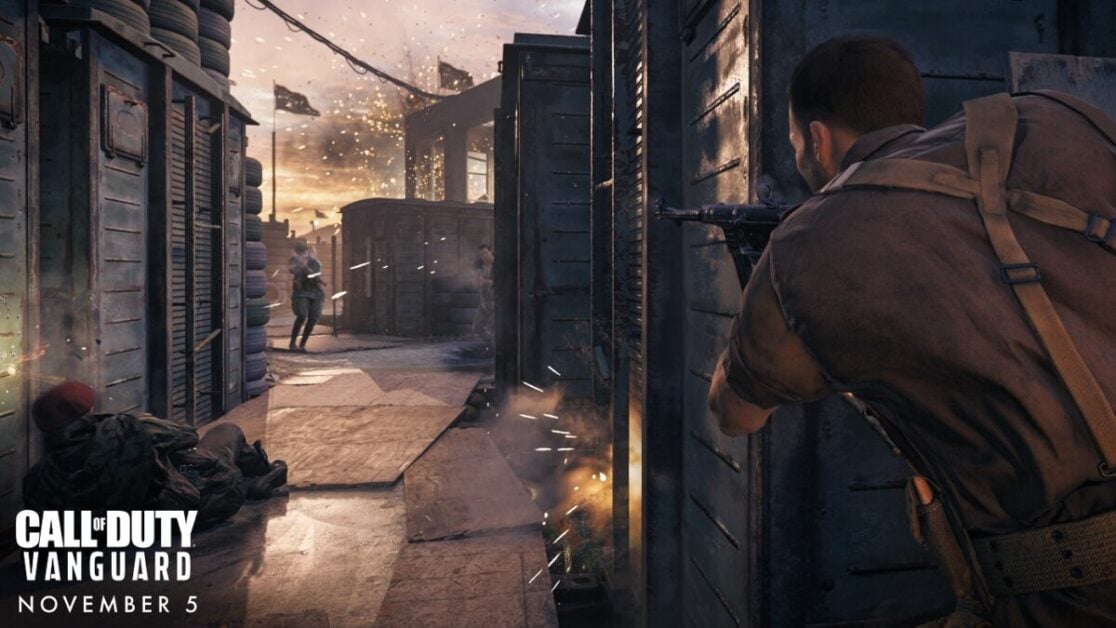 Call of Duty: Vanguard is set in WW2 and it appears you can choose to display either the Iron Cross or the Swastika for Germany.

The game is due to launch on November 5th and focuses on the various theatres of war during WW2. The game’s website says:

‘Players will experience influential battles of World War II as they fight for victory across the Eastern and Western Fronts of Europe, the Pacific, and North Africa.‘

While early artwork seemed to represent Germany with the Iron Cross, the Swastika also seems to be a possible option. This was highlighted by writer Tom Henderson on Twitter:

The history of these symbols

It makes sense that, in a WW2 game, you are going to see the Swastika. The Iron Cross is also a symbol associated with Nazi Germany – it had been the symbol of Prussia, and was adopted by the German Empire and later the fascist Nazi state. Adolf Hitler himself re-established the Iron Cross in 1939 as an award, similar to the Victoria and George crosses in the UK.

The Swastika has become synonymous with both Nazi Germany and fascism. The Nazi Party appropriated the symbol from Indian and South East Asian culture, where it is linked with spirituality and creation. The Nazis stole the symbol and subverted it’s meaning, along with the idea of the Aryan race (originally used to describe people belonging to Indo-Iranian cultural and linguistic groups).

The Swastika is still associated with neo-Nazis and is designated as a hate symbol in several countries. It’s also prohibited in some countries, such as Germany. That is likely the reason behind being able to choose between an Iron Cross or Swastika in Call of Duty: Vanguard. Since both were used by fascist Germany, this does make sense with the period the game is set in.

Vanguard will not be the first time the Call of Duty series has made a foray into historical events. In fact, as we wrote about in August, this will be the 6th time the series has returned to WW2. In addition, last year Call of Duty: Black Ops Cold War was released, which is set in the early 1980s. Your mission is to hunt down an enemy spy, rather than out-and-out war as it is in Vanguard. However, the game is inspired by real events of the Cold War and takes place across East Berlin, Vietnam, Turkey and Russia.

Call of Duty: Vanguard will be out on November 5th on PlayStation, Xbox and PC via Battle.net.

What do you think about historical accuracy in games? Let us know via our social media channels.