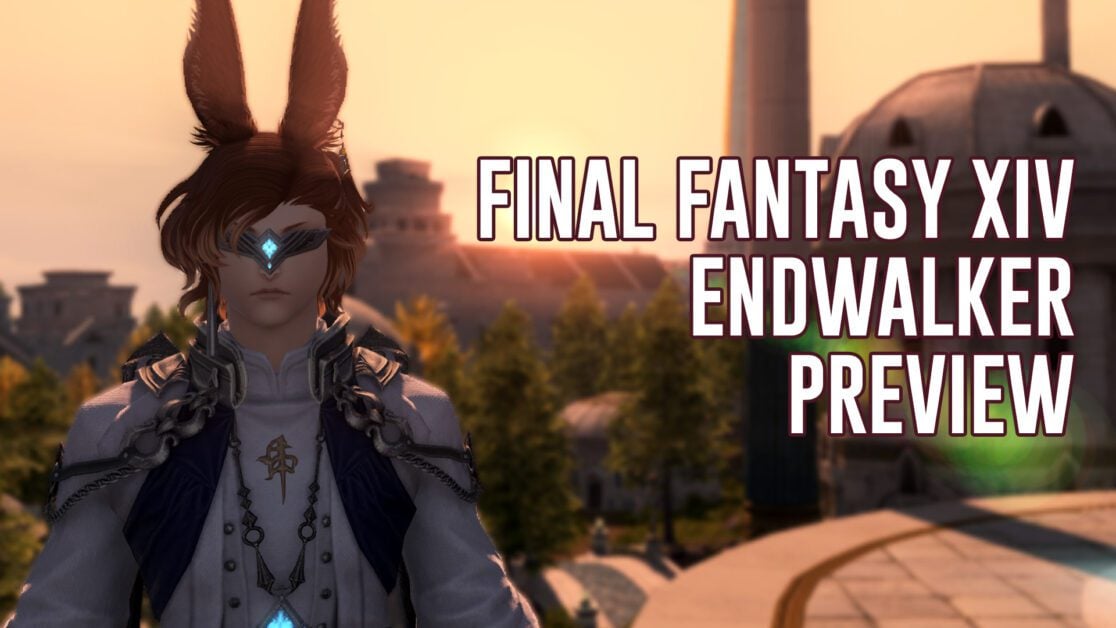 Recently I got to go hands-on with the latest expansion, explore new areas and tackle one of the dungeons. There was also the chance to dive into both of the new jobs. Sage, which is a healer, and Reaper, which is a melee DPS. The build I played is a non-final still-in-development build. Changes are likely still to the expansion. So just keep that in mind!

I spent the bulk of the playthrough as either a Sage or a Reaper. With both being new jobs to learn it meant there was a lot of teething issues, especially with the Sage. I favour DPS when I play FFXIV (specifically Bard but I have dabbled with other jobs here and there). Earlier this year I spent time getting used to healer jobs, specifically Astrologian. My ability as a healer is passable. Due to still learning though I’m definitely not the best for high-level dungeons I’m not familiar with.

Something that became clear during my time with Sage was that they probably aren’t the best to be dungeon running with if you’re not familiar with them. Figuring out the best heal loop without a tutorial is always going to be a tough thing. Especially when trying to learn it in a dungeon. It was very much a learn by doing (or failing) experience but it was one that felt rewarding.

Sage packs a punch, both with support and dealing damage, and is a job I could’ve happily spent all of my play session with. They’re fun to play with, even when you’re scrambling to heal your party. Although I was not able to complete the dungeon on offer playing as Sage my team was able to get to the final boss and probably would’ve completed it if we had a bit more time.

Reaper was far more my wheelhouse. A hard-hitting DPS that looks cool AF. Getting in close to enemies and just unloading all kinds of destruction feels massively rewarding. I was able to complete the dungeon (using the Trust system) and take down some high-level enemies in the wild areas whilst playing as Reaper.

Of the two jobs, I feel Reaper is going to be the more popular due to ease of use. The team have done a great job in making both jobs feel unique. Plus they offer a challenge to get used to that feels rewarding when you do.

It was just the one dungeon we got to explore during the session, The Tower of Zot. Long-term fans of Final Fantasy will no doubt be excited by that dungeon name and be able to guess the bosses. Yep. Your journey through The Tower of Zot will see you taking on The Magus Sisters and they are not to be taken lightly.

From your first encounter with one of the sisters, you’re immediately shown how tough a dungeon this is going to be. Figuring out the attack patterns led to various sounds of frustration in the chat. I’d definitely recommend jumping into it with a job you feel comfortable with because it is not the ideal place to be learning new ones.

Its design is superb though and I instantly wanted to run it again once I had finished it. Elements of H.R. Geiger, the bosses and little touches make it feel like a dungeon with a lot of personality.

Everywhere I got to explore during my time with the game oozed personality too. Although there was no context or story to help everything make sense it didn’t stop the cities and open-world spaces being fun to explore. Old Sharlayan is a vast city that has a lot to see. It’s the main hub city for Final Fantasy XIV: Endwalker and will no doubt be where a lot of big story beats happen.

Thavinair and Garlemald were 2 other areas I had access to. Thavinair was a bright and beautiful area to experience. The colours really popped and it felt like a lovely place to be, even with the enemies. Garlemald is the complete opposite. It feels like an apocalyptic snowy wasteland that feels harsh to survive in. The fact that both areas have such contrasting feels to them really helps create a world with more than just the same area with a different skin.

Final Fantasy XIV: Endwalker is shaping up to be a fitting finale for a wonderful MMORPG story arc. Reaper and Sage feel like worthy additions to the game that will no doubt be filling dungeon queues for a long time to come. Not being able to experience the story or other additions besides the new areas and The Tower of Zot dungeon means that there’s only so much I can judge the expansion on. From what I’ve experienced though, Endwalker could be one of the best expansions yet.

Want to find out what makes Final Fantasy XIV so accessible? Check out our developer interview.

FFXIV: Endwalker Has Been Delayed By Two Weeks