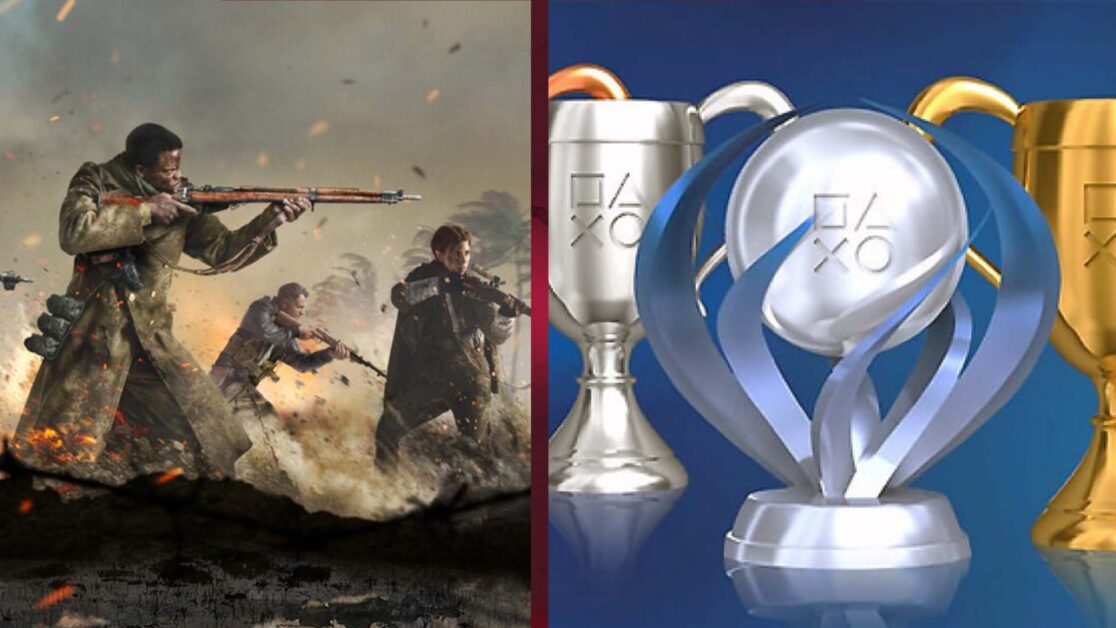 Call of Duty: Vanguard is just a few mere days away and many fans are eager to learn about the trophies that they’ll be able to collect in the game.

Despite the game launching later this week, we don’t yet know a great deal about the trophies for the Multiplayer or Zombies modes. However, early leaks have revealed some of the tasks that Sledgehammer would like us to complete while playing the Vanguard campaign. The leak was originally spotted by AltChar, although the leaker’s Twitter account has since been suspended.

There are 31 trophies to collect in total while playing through Vanguard’s single player mode. Sadly, we’re not quite sure which of the 31 are Bronze, Silver, or Gold trophies. Some of them seem easier than others, while a lot of the trophies can be earned by simply completing campaign missions. Warning, some of the trophy titles and descriptions may contain spoilers for Call of Duty: Vanguard.

Some are easier than Others

As always, some of these trophies seem far easier to collect than others. There’s also some neat easter eggs in there for fans to enjoy. A particularly funny one is the trophy simply titled “F” in which you die by your own grenade. This is in reference to the hilarious mishap of Advanced Warfare in 2014 from which the “Press F To Pay Respects” meme was born.

There’s also a Family Guy reference in the trophy “OH YEAH!”. This tasks players with smashing through five different walls with the new destructible environment technology found in Vanguard. It’s in reference to the Kool Aid Man from Family Guy who frequently bursts through walls at opportune moments.

Another easy trophy on the list is “Couldn’t have done it without you”. This is a wholesome nod to the development team at Sledgehammer games whose names can all be found in the credits of the game. A lot of players are unlikely to ever sit through game credits, which is a shame. Especially when some developers appear to be leaving staff out of credits, it’s great to see a little incentive to show some appreciation for the people who create our beloved games.

Call of Duty: Vanguard is set to release on November 5th. There’s currently no word on the Multiplayer or Zombies trophies, but we’ll keep you posted on GameByte when those lists do drop.

Will you be looking to collect all of the Call of Duty Vanguard trophies? Let us know across our social channels.