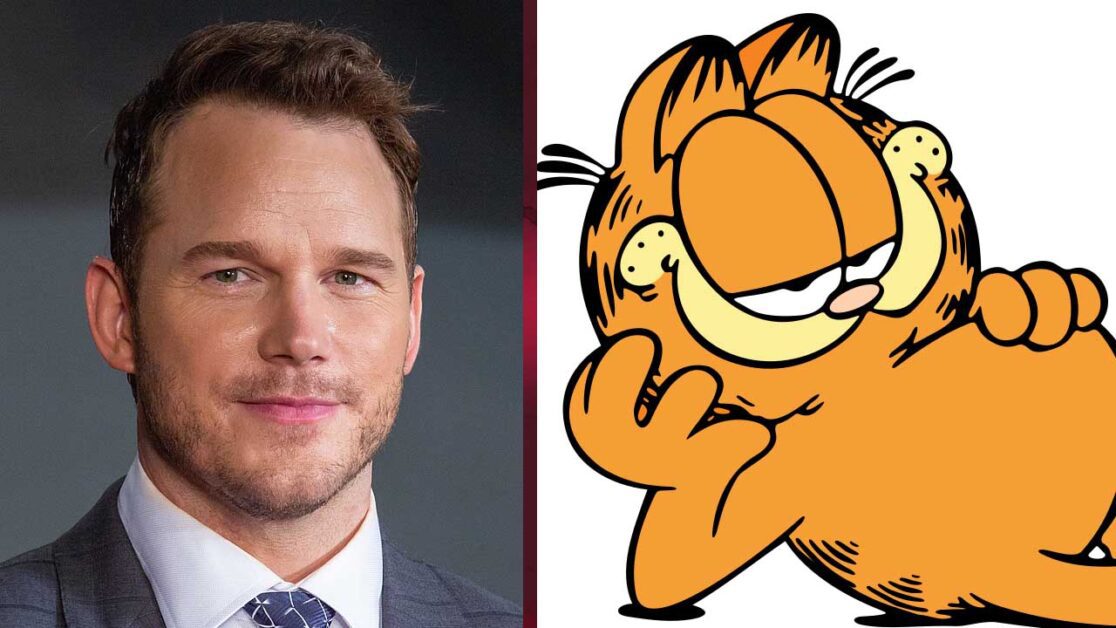 Earlier this week, it was announced that notoriously Chris Pratt will be voicing Garfield in an animated film.

An exclusive report from The Hollywood Reporter reported on the casting reveal. The film is being made by Alcon Entertainment and distributed by Sony Pictures. David Reynolds (Finding Nemo) is attached as a writer, and is being directed by Mark Dindal (Chicken Little).

The news comes just over a month since Pratt was revealed to be the voice of Mario in the upcoming animated Mario Bros. film.

This news could not have come at a weirder time for me. On Halloween night, I was at a friend’s house. I was graciously offered lasagna for dinner, to which I responded “you can call me Garfield.” I then proceeded to wolf down the delicious pasta dish, unaware what awaited me the following evening.

Already heartbroken at the news of Pratt voicing Mario, I was distraught that he would be voicing the orange feline. He’s a terrible casting choice, and I’ll tell you why.

Pratt is a member of the Hillsong church, a notoriously anti-LGBTQ church that has promoted conversion therapy in the past, and is against marriage between anything other than a man and a woman, as well as other controversies. Being a part of this church is indefensible. Christian values are not an excuse for bigotry, and this alone should be enough to have him blacklisted.

In episode six of season 2 of the show that Pratt found his popularity, there’s a moment where his character turns up naked at Amy Poehler’s character’s house. He apparently wasn’t getting the reaction they wanted wearing skin coloured underwear, so in a bid to get something more out of Poehler he completely undressed. Pratt was reprimanded by NBC, but he treated it as a joke, even framing the warning letter he received. An actor who treats his colleagues so poorly shouldn’t be on any set, even one that has no cameras.

I’m just bored of him

Mario doesn’t have much depth, but he makes up for it with an abundance of charm that Pratt severely lacks. Also, I don’t believe that Pratt hates Mondays! He seems like the kind of guy that treats every Monday as an opportunity for something great, but Mondays suck. That Marvel diet certainly won’t let him have the carbohydrate infested lasagna either, so how is he meant to get into character.

He was voted the worst Chris after all! It was such a big deal to the rest of the MCU cast they had to defend him, to the point Robert Downey Jr. had to Photoshop out Tom Holland of a photo of the three of them together. Apparently Downey Jr. didn’t have any of just Pratt and him.

Pratt takes on his namesake too often, so let’s get Charles Martinet back in the hot seat, and literally anyone else for Garfield, and we’re good to go. Why did this have to be announced on a Monday?