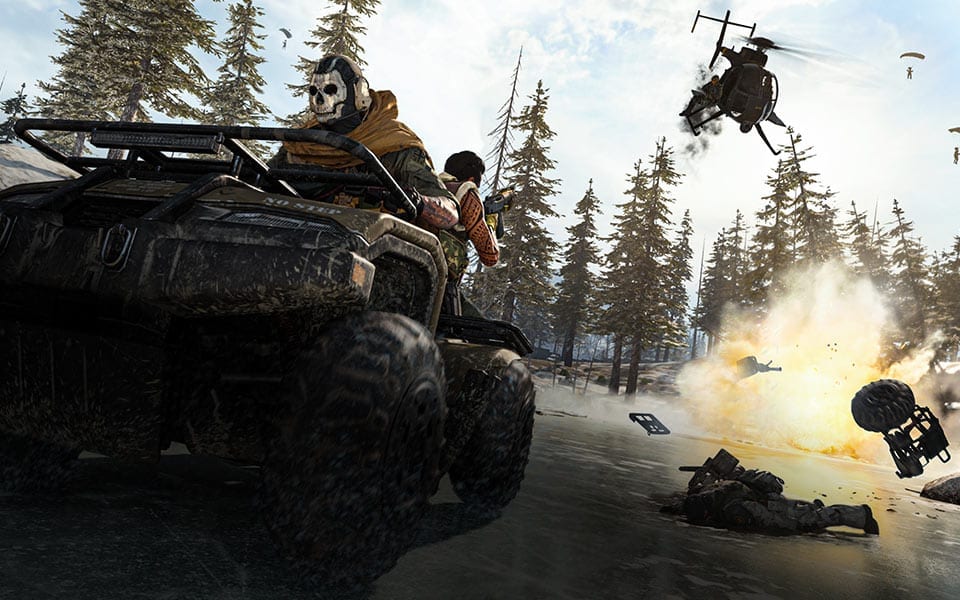 Call of Duty: Warzone’s latest update has removed vehicles from the game – albeit only temporarily.

Vehicles in Activision’s free-to-play Battle Royale have been causing problems within the game for a while now, with many people finding various ways to exploit them to their advantage.

However, it’s believed the removal of vehicles is down to a new game-breaking bug. According to multiple reports, driving a vehicle into a specific section of the map can cause server crashes, kicking all player from the game and back into the lobby.

Without a fix in place, Infinity Ward has completely struck vehicles from the game, presumably while the bug is resolved. The playlist which introduces the update is now live, having been released yesterday, September 6.

Though we don’t have an ETA on when vehicles might be making a return, it’s likely we’ll be seeing them before the expected in-game event which will tie both Modern Warfare and Warzone to the upcoming new CoD game, Call of Duty: Black Ops Cold War.

Warzone had been teasing the reveal for many weeks before Cold War was formally announced, leading players to believe an in-game event will tie the three titles together to promote Black Ops Cold War’s launch.

In case you missed it, Black Ops Cold War will take place in the early 1980s during – you guessed it – the Cold War. The Cold War was a tense time in history when World War 3 was expected to happen at any moment, as two titans refused to play their hands when it came to their nuclear weapons. Nuclear war may not have happened in real life, but who knows what might happen in Call of Duty.

Unlike Black Ops 4, Cold War will have a single player campaign along with its multiplayer. You’ll be chasing down a mysterious character named Perseus, who’s set to change the course of history. The game has been confirmed to be a direct sequel to the very first Call of Duty Black Ops game.