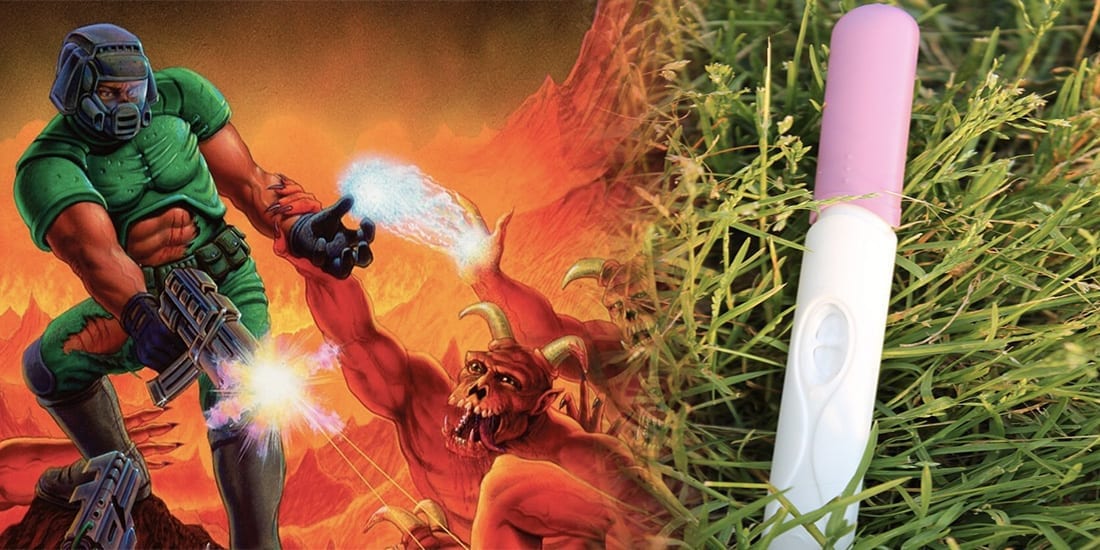 As the old adage goes: DOOM is playable on everything. But does that really include a pregnancy test? Well apparently…yes.

The 1993 classic is known for being simple and flexible enough to play on everything from a calculator to a McDonald’s cash register, but playing DOOM on a pregnancy test is something I really wasn’t expecting 2020 to throw my way.

Created by Foone on Twitter, the idea stemmed from a pregnancy test which played back video of DOOM. This idea then evolved into an actual playable version of the iconic shooter, though admittedly you’re going to need a pair of glasses to do it properly.

Foone tweeted: “Yesterday I had a lot of retweets and reddit posts and such for playing Doom on a pregnancy test. But as I explained then, it wasn’t really PLAYING on a pregnancy test, it was just a video being played back, not an interactive game. Well, now it is. It’s Pregnancy Test Doom!”

The incredibly creative gamer then followed up the tweet with a zoomed-in video of the game in action. Yep, that’s definitely DOOM on a pregnancy test all right!

It’s very impressive stuff, but show me Cyberpunk 2077 on a pregnancy test next.

Pregnancy Test DOOM joins the Hall of Heroes for devices that will run the game. Last year, 19-year-old Ryan Edgar wanted to find out if a fast food cash register could do the job and – spoiler alert – it could. Through a series of experiments, the budding tech wizard actually managed to get DOOM running on a McDonald’s cash register in what he called a “pretty simple process.”

Speaking exclusively to GameByte at the time, Ryan explained just how the impressive feat was achieved, saying: “Essentially what I did was download ‘ZDOOM,’ (DOOM version compatible with XP) on my personal computer, moved all of the files to a folder on a flash drive, then plugged it into the cash register and ran it from there.

“It was a pretty simple process, and it runs DOOM perfectly.”

What’s going to come next I wonder…?