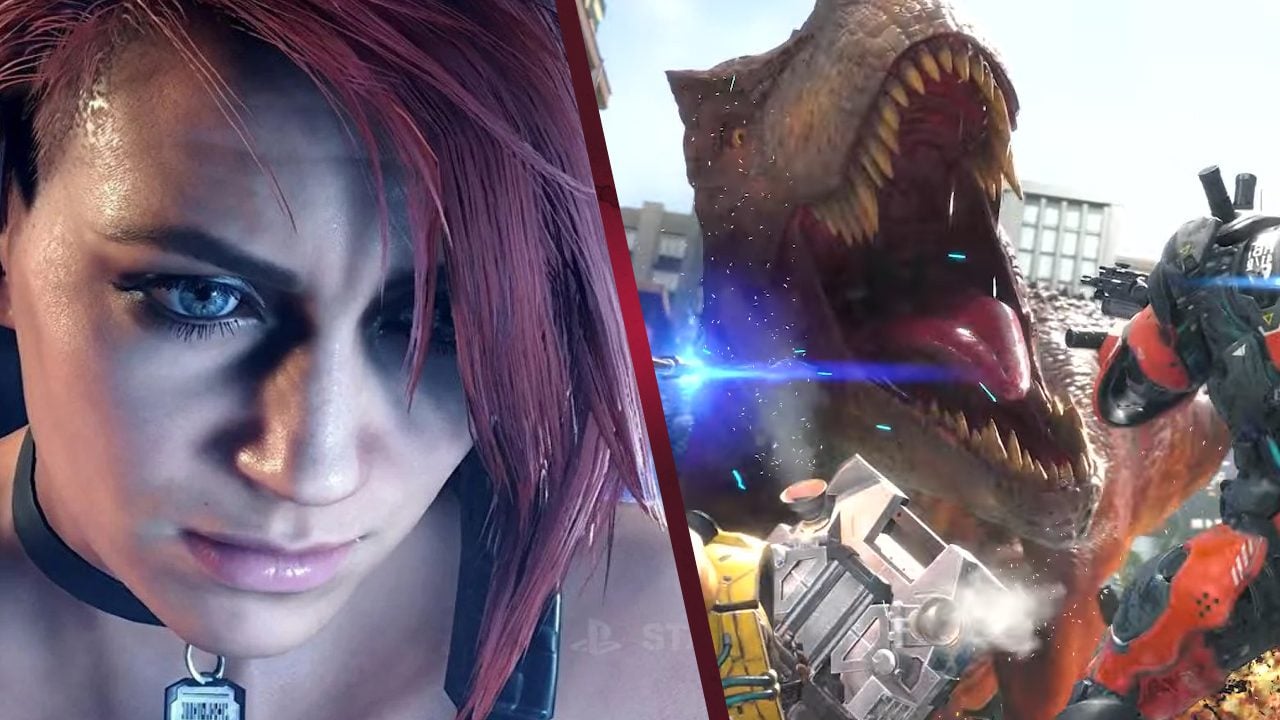 Capcom announced a new IP at the State of Play last night called Exoprimal. But is this Dino Crisis meets Anthem? It kinda looks that way.

When I first saw the opening moments of the reveal trailer, for a moment I thought we were witnessing the long-awaited return of Dino Crisis. Especially when I saw red hair that resembled Regina. Then I saw some very familiar-looking Exosuits and I thought Capcom had acquired the Anthem license from EA.

If it’s not Dino Crisis or Anthem, what is it?

I went from pure excitement to sadness to relief in a matter of moments. So, what exactly is Exoprimal? Well, firstly, there’s no getting any from the fact that it looks to be inspired by Dino Crisis and maybe even Anthem.

Exoprimal is a third-person team-based multiplayer game set in the year 2040. Though the game does look like it should be set much further into the future judging by its in-game technology. Portals have opened up across the world and dinosaurs are invading and it’s up to you to save humanity.

The dinosaurs are coming!

You as the player team up with Aibius Corporation to equip yourself with a state-of-the-art combat armoured, Exosuit. The main mode of Exoprimal is Dino Survival. In this mode, it will pit players in a 5v5 battle in a race to wipe out the invading dinosaurs and finish the mission before your rivals.

Furthermore, Dino Survival is said to feature a dynamic mission structure that will change objectives with every playthrough. Meaning that each match will be different from the last.

Furthermore, while Exoprimal is a multiplayer game, it will also have a narrative. As players progress in the campaign, the story will slowly unravel, and you will discover the mystery behind the dinosaur invasion.

Each of the Exosuits will have its own distinct abilities and style. The Deadeye suit will focus on assault, Zephyr on melee, Roadblock is said to be the tank and Witchdoctor will offer support. Players will also be able to swap Exosuits on the fly so that you don’t have to stick with your original choice.

What are your thoughts on Exoprimal from Capcom? Let us know across our social media channels. Exoprimal will release in 2023 for PC, PS4, PS5, Xbox One and Xbox Series X|S.