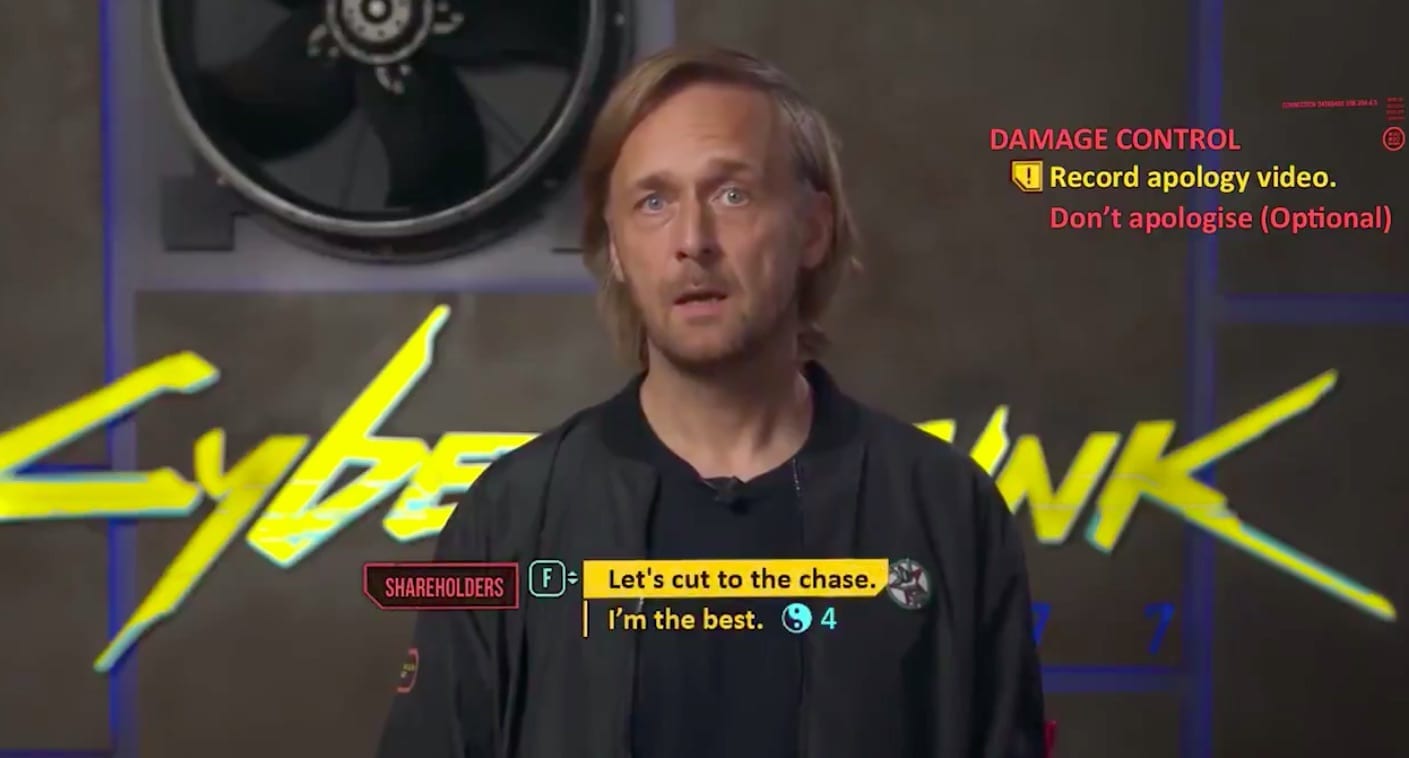 Funny and a little bit sad, check it out in the tweet below!

The chaotic video highlights some of the many issues players are having with the game. This includes some hilarious video editing, like a PS4 error screen at the end of the video.

Footage of the apology was posted to Reddit yesterday, where it received a lot of love from players. .

The original apology was first posted as part of a news post on the Cyberpunk official site. Titled “Our commitment to quality,” it details how CDPR plans to fix the game’s many issues.

An FAQ at the bottom of the post also answers various questions regarding the current state of Cyberpunk 2077.

In response to a question on alleged crunch for developers working on game patches, CDPR said: “The team is working to bring relevant fixes to the game without any obligatory overtime. Avoiding crunch on all of our future projects is one of our top priorities.”

If this in-engine meme tells us anything, it’s that fans seem to be taking the apology with a big pinch of cynicism.

Only time will tell if Cyberpunk 2077 will be patched up to be what it should have been at launch (as well as if the studio can keep practices ethical while doing so).

Are you impressed by the in-game Cyberpunk 2077 apology?