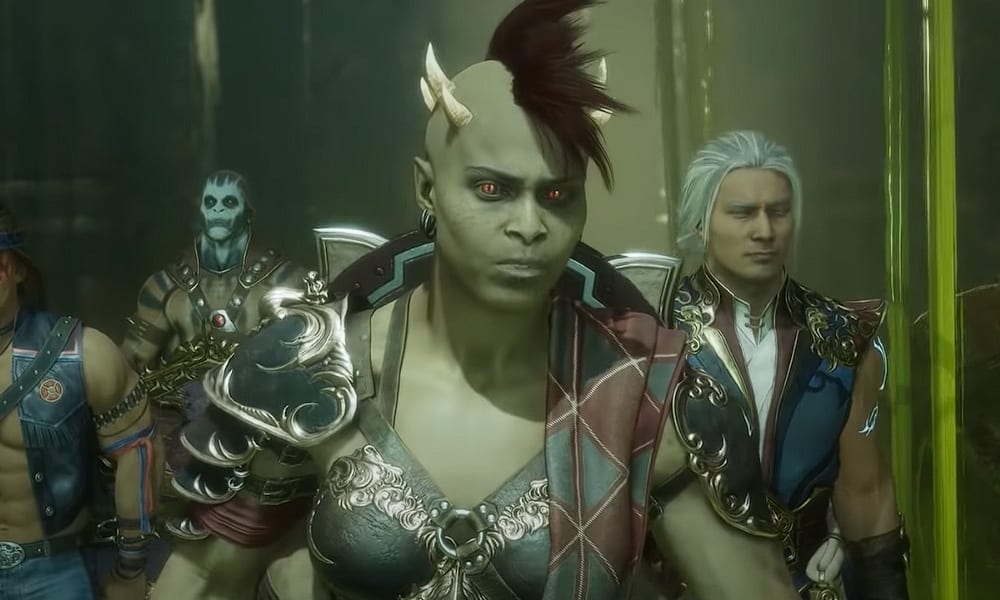 Professional Mortal Kombat 11 player Titaniumtigerzz has been disqualified from the “Pro Kompetition” after jokingly calling out NetherRealm Studios.

As reported by Kotaku, the disqualification happened live on stream, and left the commentators lost of words. The stream cut away from a top eight match just a few minutes into the action.

The decision to disqualify finalist Titaniumtigerzz seems to be in response to the player naming his custom Sheeva move-set as “WhyDidNRSdoThis.” It appears that NetherRealm didn’t take too kindly to the action.

The criticism made towards NetherRealm relates to Sheeva’s Dragon Stomp attack, which Titaniumtigerzz claims is unblockable.

Commentator Miguel “Darth Arma” Perez told viewers watching the action live: “Unfortunately, it looks like we have a little problem here, and someone is being…we got a situation… I don’t know what we can publicly say but we definitely have a situation here.”

Perez then added context to the events by stating that everyone should “abide to the rules…everybody’s gotta be respectful.”

Kotaku reached out to both NetherRealm and Titaniumtigerzz. Only the disqualified player responded.

Titaniumtigerzz told the publication: “It was meant to be funny since the character I was using is basically extremely easy. The joke was, ‘Why would they make such an easy character?’

While the competition rules say little regarding jokes or criticisms by players, it is stated that the organisers can disqualify players at their own discretion.

Titaniumtigerzz also told Kotaku that he has the backing of many fellow players who disagree with his qualification.

The hashtag #WhyDidNRSDoThis has been circulating throughout the Twitter Mortal Kombat community.

Despite thinking that the decision is an injustice, Titaniumtigerzz claims he’ll still participate in future tournaments.

Do you think Titaniumtigerzz should have been kicked from the Mortal Kombat tournament, or does this pro player deserve better?